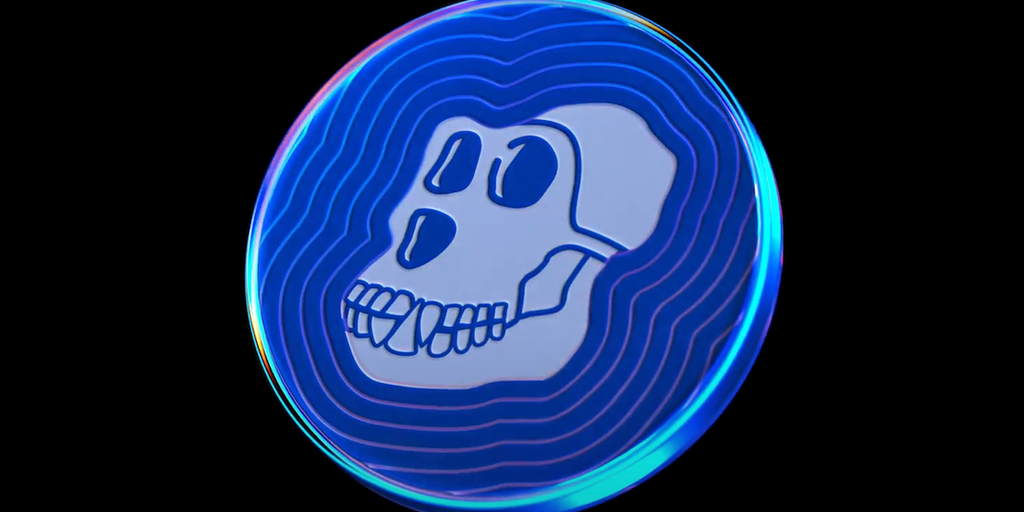 Yuga Labs teased its new Bored Ape Yacht Club (BAYC) metaverse today by tweeting a short trailer alongside, “See you on the Otherside in April. Powered by @apecoin.”

The trailer opens with a BAYC Ape fishing by a stretch of water. He feels a tug on his rod, hoists his catch, and sees it’s a bottle labeled “DRINK ME.” The ape obliges, and finds himself abducted by a flying visitor. The video goes on to reference other NFT collections: Mutant Ape Yacht Club, Cool Cats, CryptoPunks, CrypToadz, Meebits, Nouns, and World of Women.

Now, considering what a week the BAYC franchise has had, this teaser is a curious addition to all the hype and speculation about where Yuga Labs plans to take BAYC next. At this juncture, there aren’t many details on what Otherside will be. But, taken together, this week’s various announcements suggest a 3D BAYC gaming experience powered by Animoca.

Thursday was the launch of ApeCoin, a token that can be claimed by Bored and Mutant Ape Yacht Club holders. The token was launched by ApeCoin DAO, a decentralized autonomous organization that’s clearly officially affiliated with the BAYC franchise. Press materials around the launch painstakingly elaborated that ApeCoin DAO wasn’t to be equated with Yuga Labs or Bored Ape Yacht Club, which are both centralized entities.

ApeCoin DAO has recruited prominent folks in the crypto community to serve on its board, including Reddit co-founder Alexis Ohanian and FTX’s Amy Wu. They’ll serve for six months, and then ApeCoin holders will vote for new members who serve one-year terms.

Also on Thursday, blockchain metaverse developer Animoca, famous for The Sandboxtweeted that it was entering the BAYC universe: “Animoca Brands is excited to announce that we’ll be adopting @ApeCoin for the secret project we’ve been developing with @BoredApeYC.”

Clicking the link in the tweet takes users to a landing page. Pay very close attention to the details: a porch, and behind it, a doorway, and neon lights that say “FOMO” “BAYC” and “305.” Look familiar? Those who have watched the teaser trailer Yuga Labs posted today should recognize those details, because at 0:41 you can see that same very backdrop.

In spite of the enigmatic marketing push, today’s teaser did little to stem ApeCoin losses over the last twenty-four hours. As of this writing, the 37th largest cryptocurrency by market cap had fallen 7.66% to $13.25, according to CoinMarketCap.

The best of Decrypt straight to your inbox.