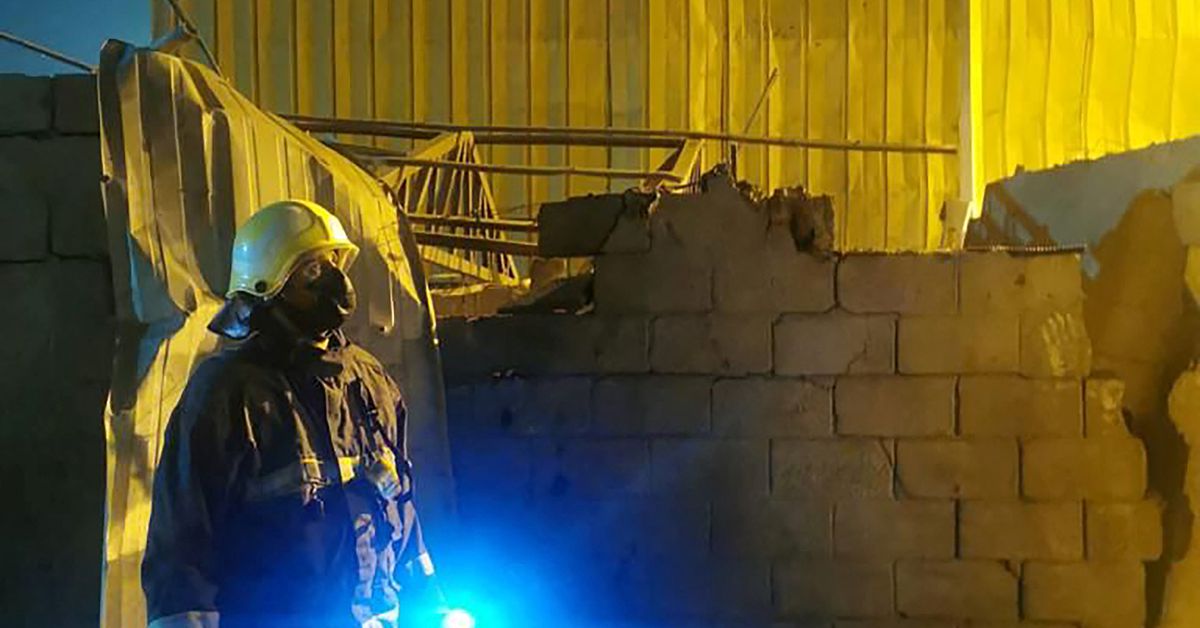 Drone strikes hit a petroleum products distribution terminal in the southern Jizan region, a natural gas plant and the Yasref refinery in the Red Sea port of Yanbu, the ministry said in a statement.

“The assault on Yasref facilities has led to a temporary reduction in the refinery’s production, which will be compensated for from the inventory,” it said, referring to Yanbu Aramco Sinopec Refining Company, a joint venture between Saudi Aramco (2222.SE) and China Petrochemical Corporation (Sinopec).

Aramco CEO Amin Nasser told a call about the firm’s earnings there was no impact from the attacks on its supply to customers. read more nL2N2VN03N]

The Saudi led-coalition battling the Houthis earlier said the assaults on Saturday night and Sunday morning had also aimed at a water desalination plant in Al-Shaqeeq, a power station in Dhahran al Janub and a gas facility in Khamis Mushait.

It said the attacks and debris from intercepted projectiles caused material damage but no loss of life.

Saudi Civil Defense member is seen at the site of what Saudi-led coalition claims was a drone a attack by Yemen’s Iran-aligned Houthi group, that targeted the Al-Shaqeeq desalination plant and the Aramco facility, in Jizan, Saudi Arabia, March 20 , 2022. Saudi Press Agency/Handout via REUTERS

Houthi military spokesperson Yahya Sarea said the group fired ballistic and winged missiles as well as drones at Aramco facilities in the capital Riyadh, Yanbu and “other areas,” followed by attacks on “vital targets” in other Saudi regions.

Saudi Arabia has struggled to extricate itself from the seven-year conflict which has killed tens of thousands and left millions of Yemenis facing starvation. Houthi attacks on Saudi Arabia have also endangered the kingdom’s airports, oil facilities and caused some civilian deaths.

United Nations special envoy Hans Grundberg is discussing a possible truce during the Muslim holy month of Ramadan which starts in April, his office said on Sunday. It was unclear if both sides had agreed on the UN plans. read more

The Houthis ousted Yemen’s government from the capital, Sanaa, in late 2014, prompting the alliance to intervene. The conflict is seen as a proxy war between Saudi Arabia and Iran. The Houthis say they are fighting a corrupt system and foreign aggression.