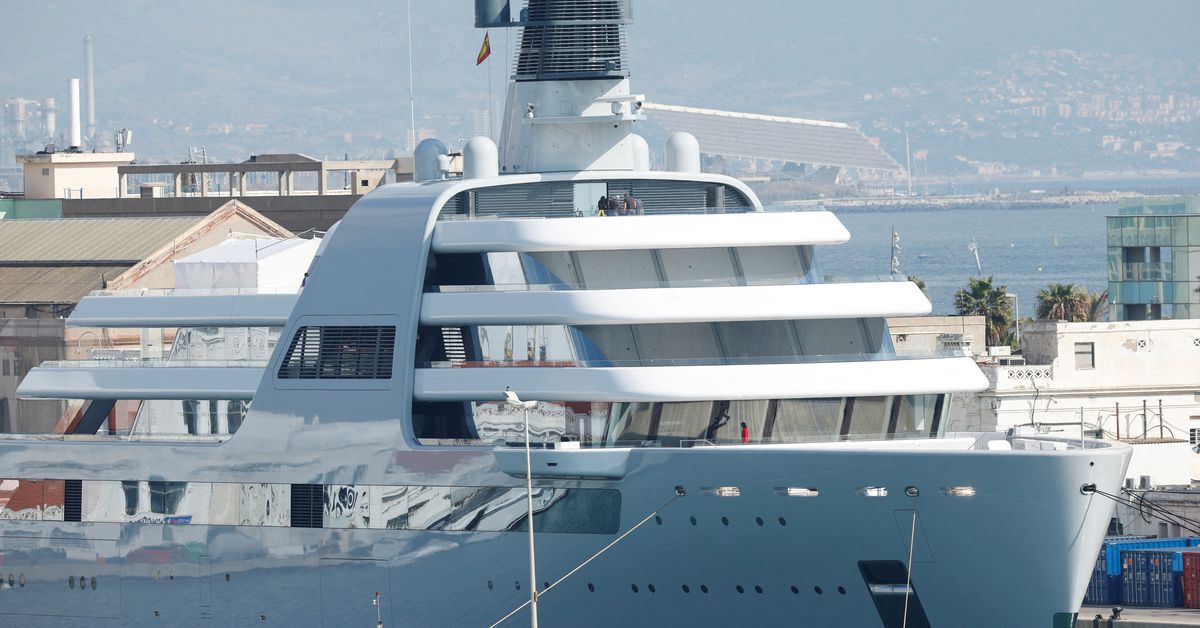 BARCELONA, March 8 (Reuters) – A superyacht linked to Russian oligarch Roman Abramovich left Barcelona on Tuesday where it had been undergoing repairs in a local shipyard, ship-tracking data showed.

The 140-metre (460-foot) Solaris, which sails under a Bermuda flag according to monitoring site Marine Traffic, left Spanish company MB92’s Barcelona shipyard just after 5 pm (1600 GMT) on Tuesday, according to the same site. MB92 declined to comment.

The superyacht, which was built in a German shipyard and first took to the sea early last year, is one of a string of yachts owned by Abramovich, according to reports in luxury goods publications SuperYachtFan, SuperYacht Times and Forbes.

Abramovich, who last week put Chelsea Football Club up for sale and promised to donate money from the proceeds to help victims of the war in Ukraine, has not been the target so far of any sanctions over Moscow’s invasion.

A spokeswoman for Abramovich said: “We never comment on the movements of the yacht or any other vehicles or vessels.”

The boat had been at the Barcelona shipyard since late 2021, a sector source said. It was unclear where it was headed.

The European Commission has prepared a new package of sanctions against Russia and Belarus over the invasion of Ukraine that will hit additional Russian oligarchs and politicians and three Belarusian banks, three sources told Reuters on Tuesday. read more

French authorities last week took into temporary custody four cargo vessels and one luxury yacht linked to Russian oligarchs as the United States and other governments ramped up sanctions on Russia’s super-rich with links to President Vladimir Putin.

At least five other superyachts owned by Russian billionaires were anchored or cruising in the Maldives last week, an island nation in the Indian Ocean with no extradition treaty with the United States. read more

There are currently three other yachts reportedly tied to Russian oligarchs at the Barcelona shipyard, according to Marine Traffic. One of them is related to Sergei Chemezov, chief of Russian state aerospace and defense conglomerate Rostec, who was sanctioned last week by the United States.

The other two are understood to belong to Russian oligarchs who have not been sanctioned – Andrey Molchanov, the main shareholder in Russian homebuilder LSR, and metals magnate Mikhail Prokhorov.

Another superyacht, named Eclipse, which is also reportedly owned by Abramovich, was in Barcelona last autumn and is now in the Caribbean Sea near the British Virgin Islands.