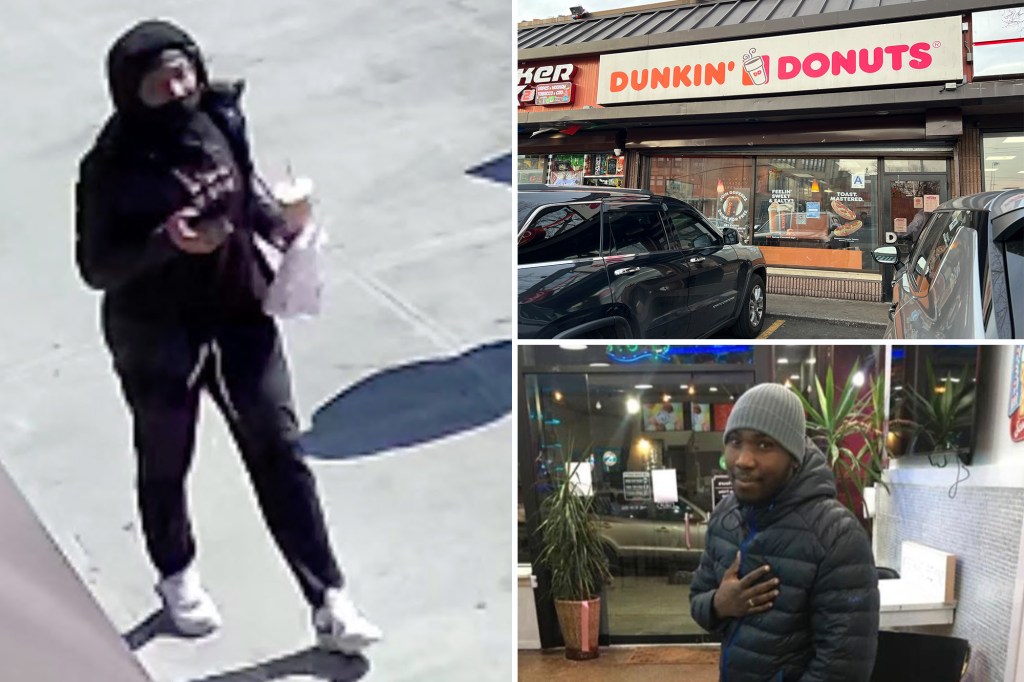 Cops released video Sunday of a woman who allegedly sparked the deadly shooting of a Jamaican immigrant following a fight that broke out at a Bronx Dunkin’ Donuts when she cut the line.

Stephaun Stewart, 24, was blasted Friday around 1:30 pm near the East Gun Hill Road coffee shop after he and a friend got into an argument with the woman over her cutting the line, a police source said Sunday.

“She tells them to back off because they probably have COVID,” the source said.

The victim and his friend then left the shop, but the woman followed them out, the source said.

The woman can be seen on surveillance video making a call.

She then met up with a man between 17 and 25 years old and had another confrontation with Stewart, police said. Police sources said the man was her boyfriend.

“During that argument, the female and suspect mentioned something about getting a gun,” the source said. “At that point, the male goes off into a building.”

Stewart and his friend then split up and went in different directions. Police believe Stewart was shot to death sometime after that.

Stewart immigrated from Jamaica in December 2021, police said. He had no criminal record in the city.

A Dunkin’ worker on Saturday told The Post that Stewart was not even involved in the dispute.

“She was just arguing for no reason. He was just there, that’s it, just listening,” said the employee, who did not want to be named. “He shot the wrong guy.”