Is this the mother of all short squeezes that AMC Entertainment ( AMC 29.12% ) investors have been waiting for?

After another week of a rapidly rising stock price, shares of AMC were soaring 22.2% at 11:30 am EST on Monday. The stock has now nearly doubled in just two weeks, and it has to be putting pressure on short-sellers, many of whom are likely moving to cover their positions. 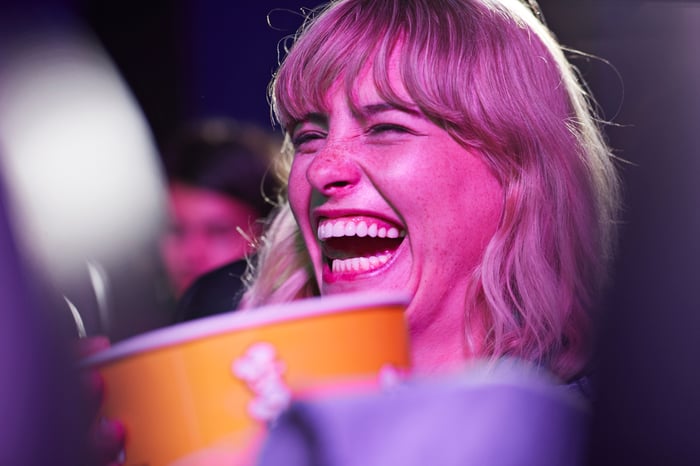 AMC remains a highly shorted stock, with more than 20% of its shares outstanding sold short. What many of those traders didn’t expect was for the movie theater operator to zig when they anticipated a zag. The announcement that AMC was buying a stake in a gold and silver miner threw conventional wisdom out the window and sent its stock off to the races.

Peter Lynch had a word for when companies went astray and acquired businesses far outside their circle of competence: de-worsi-fication. Precious metals mining has nothing to do with operating a movie house, but Hycroft Mining ( HYMC 85.94% ) was similar to AMC in one way: It was a cash-strapped business unable to raise money despite having potential for growth.

That was where AMC found itself when hedge funds were betting against it, and small retail investors rallied around the stock and have helped keep shares afloat. Now there might be no containing them if a short squeeze is at hand.

This isn’t over. CEO Adam Aron says based on the reception his deal for Hycroft received, he’s going to look for more “transformational” deals on which to spend his $1.8 billion war chest.

That likely helped spark this morning’s rally, but whether turning AMC Entertainment into a conglomerate operating in disparate industries ultimately benefits movie theater investors in the long term remains to be seen.

This article represents the opinion of the writer, who may disagree with the “official” recommendation position of a Motley Fool premium advisory service. We’re motley! Questioning an investing thesis – even one of our own – helps us all think critically about investing and make decisions that help us become smarter, happier, and richer.