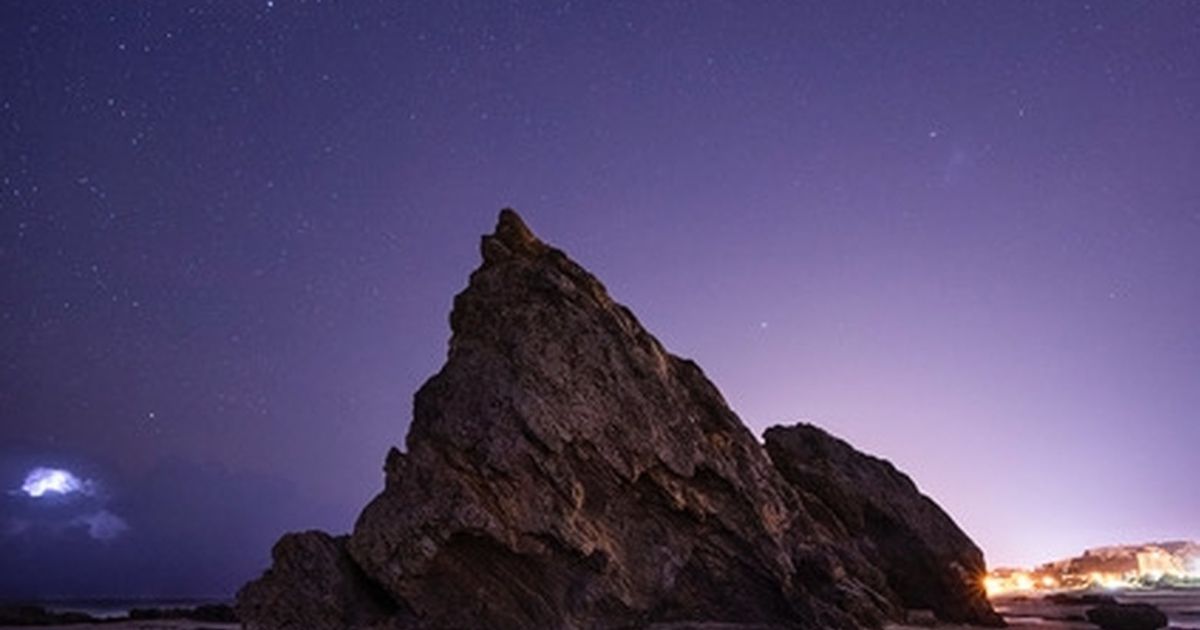 REDMOND — “It was one of those defining moments that can happen when you disconnect from yourself and instead connect to the ground and sky,” says Dave Ingram, 71, vice president of education at the Seattle Astronomical Society.

It was mid-August in 2008, and the Perseid meteor shower was taking center stage in the night sky. Ingram — in the driver’s seat of his dad’s Dodge Coronet — headed out into the countryside of Washington, Indiana. He parked on the side of the road, relaxed onto the hood of the car and looked up. Across the backdrop of the starry sky, streaks of light came raining down. “It almost looked like I was standing in a shower cabinet,” he says, “I kept expecting to be able to feel the drops and I thought, ‘Is my face wet?’”

Meteor showers are a reminder that in the grand scheme of things, humans are quite insignificant. An unsettling — yet cathartic — truth that can only be revealed when you look up and beyond the dizzying canvases of the day-to-day. In this fast-paced world, it’s not easy to escape the demands for your attention and time. But, the cosmos has reserved for you a moment, in the early hours between May 4 and 5, to just let go and immerse yourself in the Eta Aquarids meteor shower.

Throughout history, humans have looked to the night sky for inspiration and answers. What is it about that untouchable realm that brings comfort to us?

“It’s like the ocean,” says Jess Werk, professor of astronomy at the University of Washington, “where for this brief moment you get this perspective that frees you from the prison of your mind, and it feels good to not be so reflective but instead look out.”

A meteor shower is not only an excuse to do nothing but reflect, but it also offers a rare glimpse into the profoundly unseen dynamics of the universe. “You get to witness things happening on the larger scales,” says Werk, “it makes you feel important.”

Perspective is a powerful force. So, to really visualize where your small self sits as you watch the Eta Aquarids, let’s zoom out — way out.

Where the Eta Aquarids come from

Halley’s Comet — a 9-by-5-mile conglomerate of rock and ice — has been orbiting our sun for what scientists estimate to be over 200,000 years. Its orbit is long and thin, like a circle that’s been almost completely flattened. In 1948, Halley was beyond the orbit of Neptune, meandering along at 2,000 mph, before it was yanked back in by the sun’s gravity. As it approached the inner solar system, solar winds and radiation caused it to heat up and expel tons of dust and debris. On Feb. 9, 1986, Halley whipped around the sun at 122,000 mph and headed back out into space, leaving nothing but a trail of comet debris in its wake.

“Over centuries, the [debris] spread into a meteor stream, which is like a huge tube in space, slowly littering the whole general orbit,” says astronomy author Guy Ottewell. Twice during the year, Earth’s orbit intersects with the orbit of the meteor stream, giving us the Eta Aquarids meteor shower in May and the Orionids in October.

“Realize that, on this stony orb, you’re just plunging through space,” says Ingram. And like a car driving through a swarm of bugs, Earth plunges right into the stream of abandoned comet particles. Meteors—on average the size of a grain of sand—penetrate the atmosphere and sail toward the surface at 30,000 mph. A shock wave forms in front of the meteor and heats up the surrounding atmospheric particles. At about 60 miles from the surface, in an instant so fleeting that, “If you blink, you’ll miss it,” says Werk, the grain of sand ignites, scoring the black sky with its fiery tail.

Like train tracks converging in the distance, the shooting stars appear to spill out of a central point in the constellation Aquarius. This point is called the radiant and it gives the Eta Aquarids their name.

Having set the scene of where all the major players are during the light show, it’s time you connect with the Earth for a fully immersive experience.

“We’re living on a huge beach ball,” says Ingram, “so if you lie on your back and point your toes in the direction of the planet’s rotation [east], then just after midnight it’s like you’re diving feet first over the other side.” Stay like this for a while, he says, just visualizing yourself turning with the planet. Feel the heat of the ground, or the coolness of the pavement.

Once the shower begins, take note of where the radiant is (Aquarius will be on the southeastern horizon) and turn your toes toward it. Now, sense the sideways motion of Earth’s orbit and feel yourself falling into the oncoming stream of particles.

“If you let yourself go, it’s just like floating,” says Ingram, “And the solid ground beneath your back doesn’t feel so solid anymore.”

As you watch the shower, make a game of tracking how many you spot per hour, says Werk. Notice the microscopic rocks, not dissimilar to those of our own planet, dissolving back into the fabric of space from which they were created. “It makes me think of this continual recycling process of matter,” says Werk, “how the atoms in my body aren’t mine, I’m just holding onto them for a little while.”

An incomprehensibly small while as a matter of fact. Halley completes one orbit around the sun every 75 years. Nothing but a blink for the ancient comet. But, an entire lifetime for the beings on Earth who watch Halley pass by only once or twice in their whole existence.

“What makes mankind significant,” says Ingram, “is that, among the other living beings, we’re the only ones who are drawn down the tube of a microscope or telescope to look at what’s beyond.” The fact that we can understand and appreciate our own significance is beautifully significant in and of itself.

So, the question becomes, what do you do to make the most of your precious time here? “If there’s anything people can do,” says Ingram, “it’s take the time out of their busy day to go out and connect themselves physically with the night sky.”

This story has been updated Apr 29 12:25pm to correct that it was the Perseid meteor shower, not the Leonid, that Ingram watched in 2008.