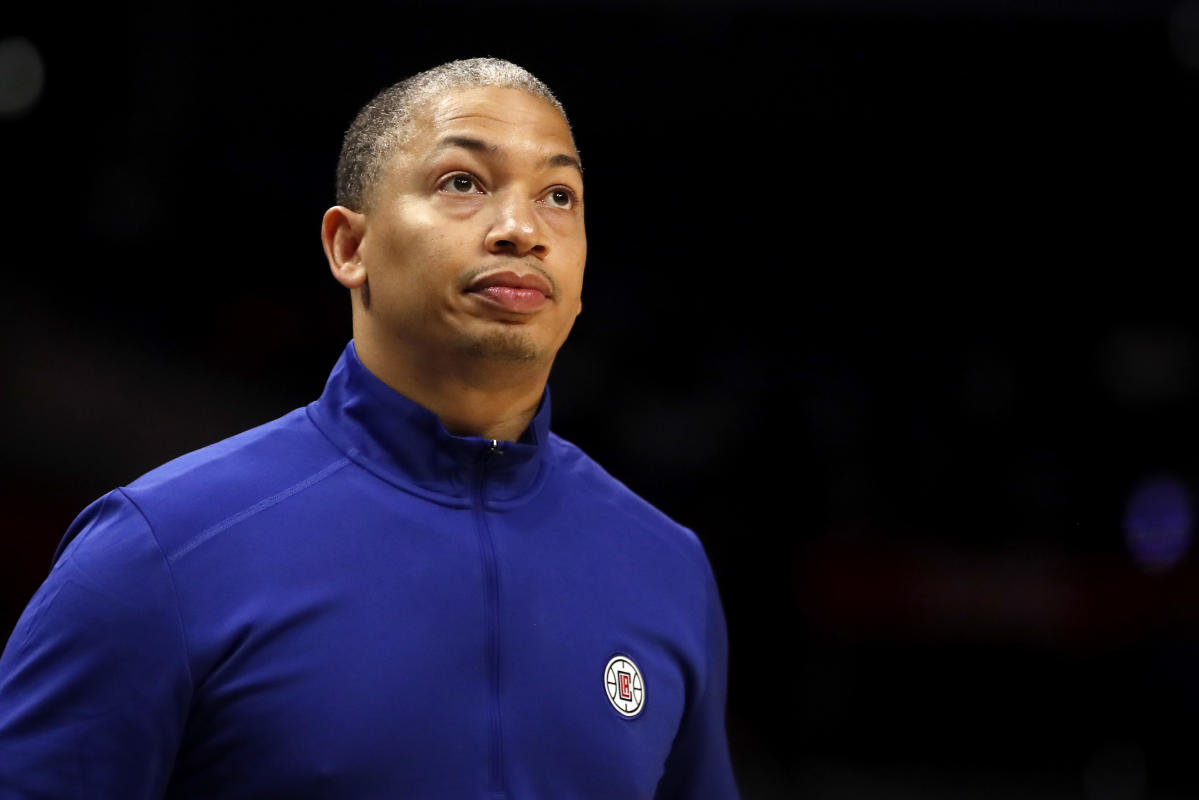 The Los Angeles Clippers coach fired back at the Philadelphia 76ers president of basketball operations on Monday for a tweet about the Clippers’ free-throw shooting. But it was Lue’s comments about the 76ers that got the ball rolling on the back-and-forth.

Things started last week when Lue answered a question about the propensity of 76ers stars Joel Embiid and James Harden to get to the free-throw line ahead of Friday’s game against the Clippers. Specifically, he was asked how the Clippers would avoid getting frustrated when calls go against them.

“Well we don’t have a choice,” Lue responded. “Embiid is No. 1 from the free-throw line and James is No. 3. I think they said if you take away their free throws neither one of those guys would be in the top 10 in scoring, so it just tells you how much they’re getting to the free-throw line.

“We’ve just got to do a good job pulling our hands back, making sure we’re playing, not letting them get into the bonuses and do the sweep-throughs. They’re going to get some calls because of who they are , but we just got to make sure we’re doing our part.”

Harden’s made a career out of getting to the line. Nothing’s changed on that front since he joined the 76ers midseason, where he’s averaging 9.8 attempts per game. Embiid meanwhile, averages 11.8 attempts per game. Both shoot better than 80% from the line when they get there. Lue was correct and ready with the information when noting that they rank in the top three in the league in attempts per game.

Morey caught wind of Lue’s comments and responded on social media with some Clippers free-throw knowledge on Saturday.

Lue turns up the heat

Things escalated on Monday when Lue was asked about Morey’s tweet at a news conference. He said that his initial comments about Embiid and Harden were taken out of context. Then he dropped this gem:

“In response to Daryl Morey, should he really be tweeting anything right now?” Read said. “Last time he tweeted, he cost the NBA a billion dollars. I don’t think he should be doing too much tweeting. Just worry about his own team.”

In case you forgot, Morey tweeted in 2019 in support of Hong Kong demonstrators protesting for autonomy form the Chinese government. He was an executive for the Houston Rockets at the time.

The tweet kicked off a firestorm of controversy with Rockets owner Tilman Fertitta among many in the NBA disavowing the tweet thanks in large part to the league’s significant financial ties to China, where the league is popular. China’s response to Morey’s tweet included removing NBA games from state-run TV broadcasts.

The league may not have lost “a billion dollars” as Lue suggested. But commissioner Adam Silver estimated in 2020 that China’s NBA crackdown would cost the league hundreds of millions of dollars.

The NBA, meanwhile took criticism for appearing to prioritize revenue over human rights violations perpetrated by the Chinese government against the people of Hong Kong.

And now it’s all coming back up in a feud about free-throw shooting.