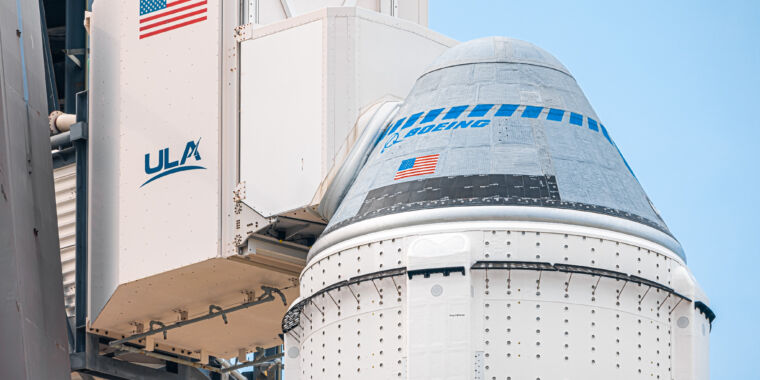 Today’s the day for Boeing’s Starliner spacecraft to take to the skies. Unless it’s not.

Nearly 29 months have passed since the company’s first attempt to demonstrate that Starliner could safely launch into orbit, fly up to the International Space Station and dock, and then return to Earth in a New Mexico desert beneath three parachutes. During that December 2019 test flight, of course, there were myriad software problems, and Starliner ended up lacking the fuel to rendezvous with the space station.

As part of its fixed-price contract with NASA—the space agency is paying about $5.1 billion to Boeing to develop a crew transport system to the space station—the company agreed to redo the demonstration flight. Boeing thought it was ready for this repeat flight last August, but hours before launch more than a dozen valves in Starliner’s propulsion system became stuck. The attempt was called off, so Boeing never got to test its revised software code.

Since August Boeing and NASA have worked to understand the valve problem, which turned out to be due to ambient humidity that caused corrosion inside the valves. Engineers then implemented fixes. Because of this additional delay, Boeing has taken a $600 million loss to fly this second demonstration mission, known as Orbital Flight Test-2.

Today’s launch is scheduled to take place at 6:54 pm ET (22:54 UTC) on top of an Atlas V rocket from Cape Canaveral Space Force Station. Coverage of the launch will begin at 6 pm ET on NASA Television. The weather looks generally favorable, with a 70 percent chance of “go” conditions during the instantaneous launch window.

During the launch, the Atlas V rocket with two solid rocket boosters will deliver Starliner to an altitude of 181 km, upon which point the spacecraft will boost itself into an orbital trajectory. This will be the 93rd overall launch of the rocket, which is built by United Launch Alliance and has an excellent reliability record.

The stakes are high for both Boeing and NASA. There is a high likelihood that Boeing has now lost money developing Starliner over the last decade. Recently, former NASA Deputy Administrator Lori Garver said she believed the company probably would not undertake the program if it had a chance to do it all again. The sooner Boeing can get Starliner into an operational status, therefore, the better it will be financially, as it can serve both NASA as well as bring on additional private market customers.

The space agency, meanwhile, would be very much like a second means of reaching the space station. He is confident in the capability of SpaceX’s Crew Dragon vehicle—for which NASA paid $3.1 billion and has been safely flying astronauts since mid-2020—but with uncertainty in Russia the space agency can no longer count on access to the Soyuz vehicle.

One of NASA’s astronauts who will fly on an early Starliner mission, Butch Wilmore, said during a news conference Wednesday that Boeing and the space agency were confident ahead of Thursday’s launch attempt. “This spacecraft is ready,” he said. “The teams are ready. Boeing is ready. ULA is ready. The mission ops folks that will control the spacecraft in space are ready. And we’re excited.”

If all goes well with the launch, the uncrewed Starliner spacecraft will dock with the space station on Friday, at 7:10 pm ET (23:10 UTC). Doing so will enable Starliner and its heavily revised software to pass a key test for NASA. After several days attached to the station, Starliner is scheduled to fly back to Earth next week. Success with the overall mission would likely set up a crewed launch test for Starliner during the first half of 2023.