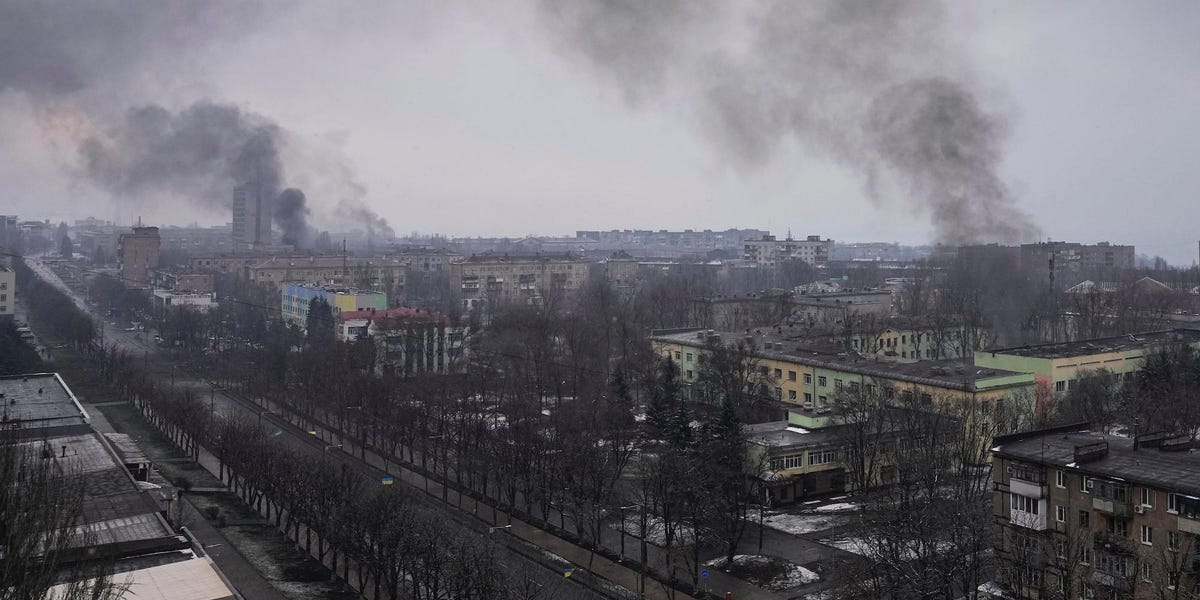 Get the Insider App

Russian soldiers removed thousands of residents from the besieged Ukrainian city of Mariupol against their will and took them across the border back to Russia, city officials said in multiple statements on Saturday.

The Mariupol City Council said residents were taken to camps in Russian territory, where they had their phones and documents checked, according to CNN. The statement added that some residents were redirected to remote Russian cities and the “fate of the others is unknown.”

Pyotr Andryuschenko, an assistant to Mariupol’s mayor, told The New York Times that 4,000 to 4,500 Mariupol residents were “forcibly” moved, without their passports, to the Russian city of Taganrog.

The Times reported that “although [Andryuschenko] did not have proof that they might be used for forced labor, he said that with nowhere to live and no resources to rely on, they would be at the mercy of the people who had taken them across the border.”

The Times said it was unable to independently verify the figures Andryuschenko provided, but that other residents who managed to flee the city had corroborated certain details. One doctor who fled Mariupol on Wednesday, Eduard Zarubin, told The Times he knew of three families who were taken by Russian soldiers and sent to Taganrog.

Zarubin told the newspaper that one friend who was taken sent him a text message saying he wasn’t allowed to return to Ukraine.

In a statement on Saturday, Mariupol Mayor Vadym Boichenko liked the developments to Nazi Germany and the forcible removal of Jews to concentration camps.

“What the occupiers are doing today is familiar to the older generation, who saw the horrific events of World War II, when the Nazis forcibly captured people,” Boichenko said, according to CNN. “It is hard to imagine that in the 21st century people can be forcibly taken to another country.”

Mariupol, a strategic coastal city, has undergone intense shelling in the last week, leaving thousands of people missing or dead. Among the Russian targets were a theater being used as an emergency shelter, a mosque, and a maternity hospital.

Ukraine’s minister of foreign affairs called the Mariupol attacks “the worst humanitarian catastrophe on the planet.” Civilians still in the area are facing worsening conditions, with no access to water, heating, and gas, and limited food supplies.

Andryushenko told The Washington Post the entire city has essentially become “a battlefield.”

“But we are still defending the city, and we aren’t giving up,” he said.