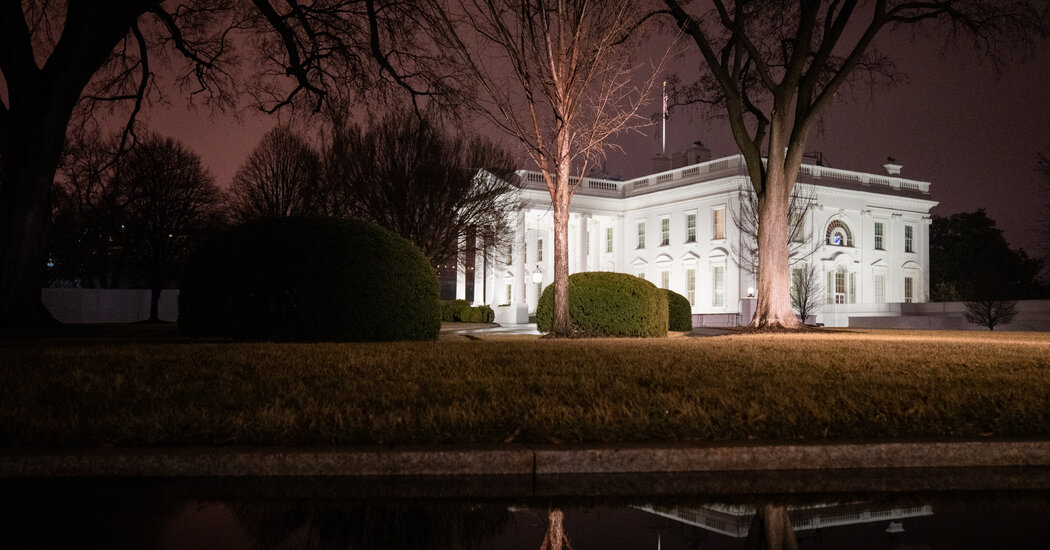 There is no evidence to support the claims, which President Volodymyr Zelensky of Ukraine, the White Housethe Pentagon and the State Department have all unequivocally denied.

There are biological laboratories inside Ukraine, and since 2005, the United States has provided backing to a number of institutions to prevent the production of biological weapons. But Tucker Carlson, the Fox News host, and others have misleadingly cited remarks from American officials as proof that the labs are producing or conducting research on biological weapons.

“Out of nowhere, the Biden official in charge of Ukraine confirmed the story,” Mr. Carlson said on his program Thursday night. “Victoria Nuland, the under secretary of state, casually mentioned in a Senate hearing on Tuesday that actually, yes, the Biden administration does fund a series of biolabs in Ukraine.”

Representative Thomas Massie, Republican of Kentucky, characterized Ms. Nuland’s remarks as a “seriously admitted.” Donald Trump Jr., the son of the former president, tweeted that his comments propelled the claim from “conspiracy theory to fact.”

Mr. Carlson also pointed to an interview with Robert Pope, the director of the Pentagon’s Cooperative Threat Reduction Program, which helps countries in the former Soviet Union secure or eliminate nuclear and chemical weapons.

“As Pope put it, scientists are scientists, they don’t want to destroy all the bioweapons,” Mr. Carlson continued in his segment. “Instead, they’re using them to conduct new bioweapons research — that’s what he said.”

In congressional testimony this week, Ms. Nuland, the under secretary of state for political affairs, was asked by Senator Marco Rubio, Republican of Florida, whether Ukraine has chemical or biological weapons.

“Ukraine has biological research facilities which, in fact, we are now quite concerned Russian troops, Russian forces, may be seeking to gain control of,” she responded. “So we are working with the Ukrainians on how they can prevent any of those research materials from falling into the hands of Russian forces should they approach.”

If there were a biological or chemical weapon attack inside Ukraine, Mr. Rubio asked, would there be any doubt that Russia was behind it?

“There is no doubt in my mind, senator, and it is classic Russian technique to blame the other guy what they’re planning to do themselves,” Ms. Nuland responded.

Mr. Rubio made the same clarification in another congressional hearing on Thursday, noting that “there’s a difference between a bioweapons facility and one that’s doing research.”

In referring to Mr. Pope on Thursday, Mr. Carlson was distorting a February interview Mr. Pope gave to the Bulletin of the Atomic Scientists, a nonprofit organization and publication.

Mr. Pope had warned that Russia’s invasion of Ukraine may damage laboratories in the country supported by the United States that conduct research and disease surveillance. He noted that some of the facilities may contain pathogens once used for Soviet-era bioweapons programs, but he emphasized that the Ukrainian labs currently did not have the ability to manufacture bioweapons.

“There is no place that still has any of the sort of infrastructure for researching or producing biological weapons,” Mr. Pope said. “Scientists being scientists, it wouldn’t surprise me if some of these strain collections in some of these laboratories still have pathogen strains that go all the way back to the origins of that program.”

In a March interview with the Bulletin of the Atomic Scientists, Mr. Pope also echoed Ms. Nuland’s concerns about the laboratories falling into Russia’s hands. He spoke specifically about the Pentagon’s support of 14 veterinary laboratories that provide Ukraine with sampling and diagnostic abilities to detect infectious diseases.

On the ground. Russian forces, battered by the local resistance, have stepped up their bombardment across Ukraine, targeting locations far from the front lines. Satellite imagery of a convoy north of Kyiv suggests that Russia is repositioning its forces for a renewed assault there.

Iran nuclear deal. A European Union official said that talks on reviving the 2015 deal had paused following the invasion. Russia, a signatory to the accord, has tried to use final approval of the deal as leverage to soften sanctions imposed because of the war.

“Should Russian forces occupy a city with one of these facilities, we are concerned that Russia will fabricate ‘evidence’ of nefarious activity in an attempt to lend credibility to their ongoing disinformation about these facilities,” he said.

Both Ukraine and Russia have signed a treaty outlawing biological weapons. While there is no independent body that verifies countries are complying with the treaty, known as the Biological Weapons Convention, Ms. Nakamitsu noted that a concerned country could seek recourse or address suspicions about their peers in several ways, such as by reviewing annual reports and lodging a complaint about possible breaches to the Security Council for investigation. That reporting mechanism, she pointed out, “has never been activated.”

For years, Russia has claimed that former Soviet countries were manufacturing biological weapons at laboratories funded by the United States. Experts and journalists have found no evidence for these claims.

Filippa Lentzos, an expert on biological threats at King’s College London, wrote in 2018 that she and other international experts had been given full access to the Lugar Center for Public Health Research, a laboratory in the nation of Georgia that receives funding from the United States .

“Our group observed nothing out of the ordinary, or that we wouldn’t expect to see in a legitimate facility of this sort,” Dr. Lentzos wrote.

Similarly, the crisis reporting outlet Coda Story was shown highly sensitive areas of the lab, including a “pathogen museum,” and reported that Russian journalists had also visited and Russian scientists had previously worked there.

“If this was a secret weapon facility, would we be so open to everyone?” the lab’s director told the publication.