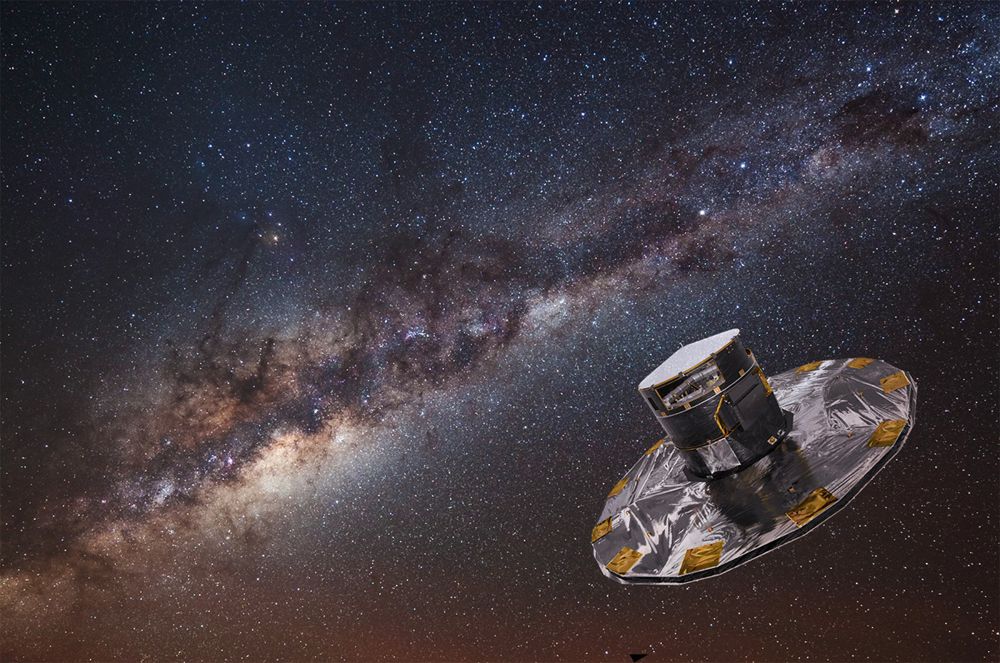 Misjudging someone’s age can be awkward… especially when you’re off by a few billion years.

That may be the case with our Milky Way galaxy, research published March 23 in the journal Nature suggests.

The team discovered that thousands of stars in a part of the Milky Way known as the “thick disk” began forming some 13 billion years ago — 2 billion years earlier than expected, and just 0.8 billion years after the big Bang.

“Our results provide exquisite details about that part of the Milky Way, such as its birthday, its star-formation rate and metal enrichment history,” lead study author Maosheng Xiang, an astrophysicist at the Max-Planck Institute for Astronomy in Heidelberg, Germany , said in a statement. “Putting together these discoveries using Gaia data is revolutionizing our picture of when and how our galaxy was formed.”

In the thick of it

The Milky Way is a spiral galaxy measuring about 105,000 light years across, but not all parts of that spiral are uniform in thickness, composition or stellar density.

Near the center of our galaxy is an enormous bulge of stars (and probably a supermassive black hole whose gravity holds the galaxy together). Rippling out on either side of that bulge is the galaxy’s disk, which is made of two main sections.

One side of the disk – the “thin disk” – contains most of the stars we can see from Earth, mixed in with clouds of star-forming gas. The “thick disk,” meanwhile, is about twice the height of the thin disk, but has a much smaller radius and only contains a small fraction of the stars we can see in the sky, according to ESA. This part of the Milky Way is also thought to be much older — devoid of gas, and done with its star-forming days.

In their new study, the researchers looked at stars throughout the Milky Way, focusing on a specific type of star called a subgiant. These are stars that have stopped generating energy in their cores, and are slowly transforming into red giants (enormous stars that are on their way to collapsing into white dwarfs). The subgiant phase is a relatively brief period of stellar evolution, which means astronomers can estimate the ages of these stars with more accuracy, according to the researchers.

Because older stars tend to glow in a specific range of brightness and contain lower metal content (that is, elements heavier than hydrogen and helium) than younger stars, the team was able to date their sample of stars by running data from both telescopes through a computer simulation. The researchers found that stars in the galaxy’s thick disc were indeed much older than the stars seen elsewhere — and surprisingly, those stars were billions of years older than previous studies suggested.

According to the researchers, this discovery could rewrite the history of our galaxy. The age differences between stars in the thin and thick disks suggest that our galaxy formed in two discrete phases. First, 0.8 billion years after the Big Bang, star formation began in the thick disk. This star formation accelerated greatly about 2 billion years later when a dwarf galaxy called the Gaia Sausage collided with our young galaxy, kicking off the second phase of galactic evolution. During this second phase, the thick disk rapidly filled up with stars, while the first wave of star formation began in the thin disk.

The study authors hope to fill in this story’s details even more, after the release of the Gaia satellite’s third dataset this June.

“With each new analysis and data release, Gaia allows us to piece together the history of our galaxy in even more unprecedented detail,” Timo Prusti, a Gaia Project Scientist for ESA who was not involved in this study, said in the statement.