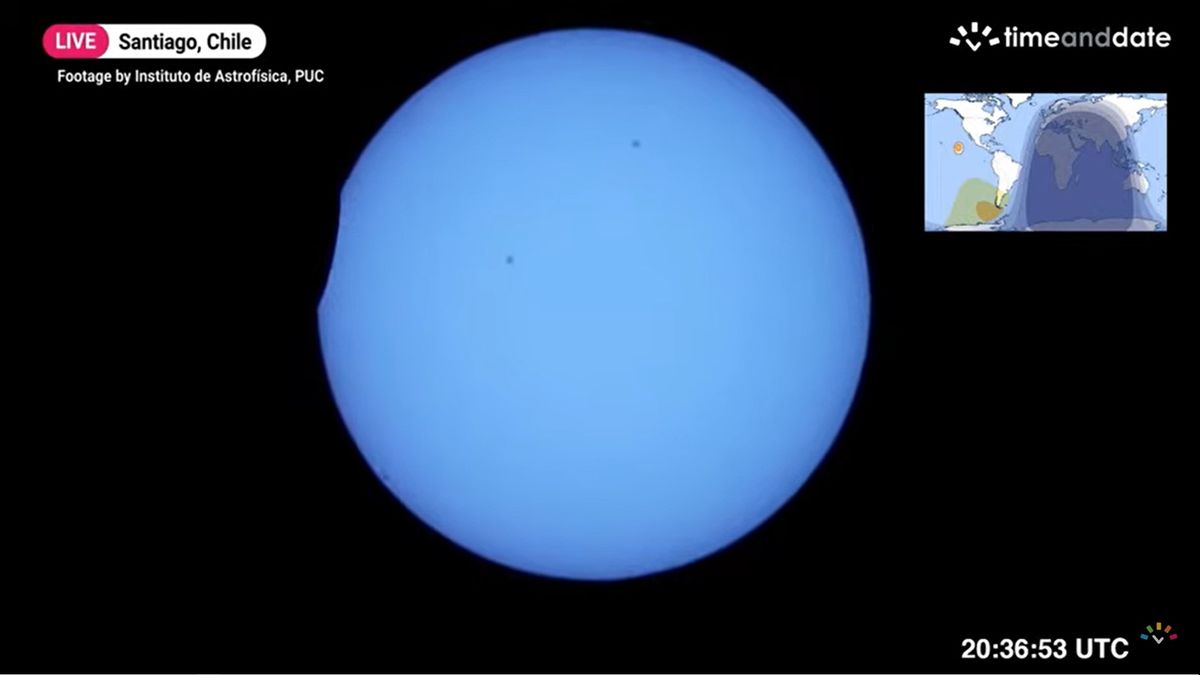 It’s the moment skywatchers have been waiting for: The year’s first solar eclipse has begun.

The partial solar eclipse of April 30 began at about 2:45 pm EDT (1845 GMT), according to Timeanddate.com, which is livestreaming views from Argentina and Chile. However, the eclipse was first visible over the Southern Ocean off the coast of Antarctica, where few skywatchers could enjoy the solar eclipse.

The moon’s shadow took about an hour to reach the southern tip of South America and become more accessible to skywatchers. Timeanddate.com’s broadcast from El Colorado, Chile, about 30 miles (50 kilometers) away from Santiago, showed the first views of the sun with the characteristic missing “bite” clearly visible a little after 4:30 pm EDT (2030 GMT). You can watch the eclipse live on Space.com, courtesy of Timeanddate.com.

Related: How to watch the April 2022 solar eclipse online

The moon’s shadow, and in turn the partial eclipse, will continue traveling on a northeasterly path until fading into the sunset over South America, ending at 6:37 pm EDT (2237 GMT).

Before that moment comes, however, the eclipse has some more beautiful views to offer. The moment of greatest eclipse will occur at 4:41 pm EDT (2041 GMT) over the Southern Ocean. In addition to the feed from El Colorado, Timeanddate.com is also offering views from Santa Eufemia, Argentina, during the ongoing broadcast.

If you miss today’s eclipse or just want more skywatching in your life, the next eclipse will be a total lunar eclipse that begins on May 15; the next solar eclipse will occur on Oct. 25.