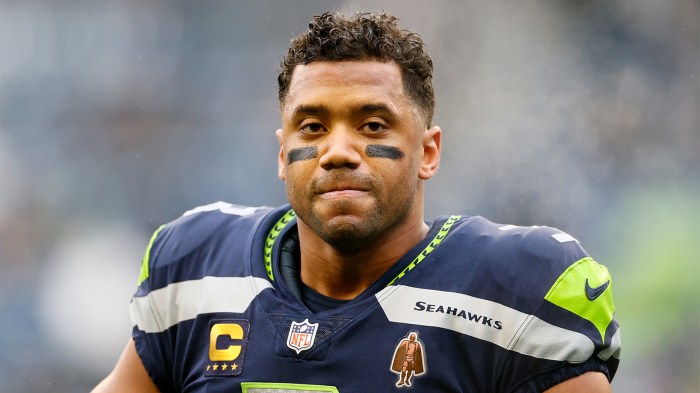 In a week rife with quarterback dealings, Tuesday’s news that the Denver Broncos were acquiring Pro Bowl QB Russell Wilson from the Seattle Seahawks for a package of picks and players might have been the most league-altering. For one thing, it ended Wilson’s iconic, decadelong stay in Seattle — one that brought the team a championship, two Super Bowl appearances and (early in Wilson’s tenure) one of the strongest multi-year runs in NFL history. It also shipped an elite passer to a Denver team that finished last season third in scoring defense, providing the ingredients for a potential Super Bowl recipe next season.

Moreover, the move to add Wilson gives Denver yet another name to add to its ongoing quarterback carousel — one it’s hoping is the last for a while.

Much has been made about how this trade provides the Broncos with their long-sought-after replacement for Peyton Manning, who retired after the 2015 season. But things go back even further than that. In the 23 seasons since the retirement of John Elway — who is now the team’s president of football operations — after a win in Super Bowl XXXIII, the Broncos have gone through 11 different primary starting QBs:

While that’s not the most in the league over that span, it’s close. Only Cleveland (16), Miami (13), Washington (13), Arizona (12) and Tampa Bay (12) have had more primary starters than Denver in the same time period, while Buffalo, Chicago, Minnesota and the New York Jets are tied with the Broncos at 11 pieces. Denver is also one of only five clubs — joining Cleveland, Washington, Arizona and Buffalo — that didn’t have a single primary starter last at least five seasons during that period.

Normally, we would expect teams that frequently switch quarterbacks to be bad since QB play is so strongly linked to team success — or the lack thereof — and when a team doesn’t perform, the QB usually gets a lot of the blame. That theory mostly holds here: Excluding the Broncos, the average winning percentage since 1999 for the group above is .449, with only the Vikings sitting above .500. But Denver stands out by winning a lot more than we’d expect, relative to its fellow QB-shufflers. After losing a Hall of Famer in Elway, the Broncos then turned around and compiled a .542 winning percentage over the following two-plus decades — 10th-best in the league and 24 points higher than any other team that used so many different primary QBs .

It helps that Denver’s post-Elway quarterbacks have generally been decent, at least until recently. From Griese’s starting debut through Manning’s penultimate season, the Broncos’ primary QB had a per-start QB Elo value higher than the league average 13 times in 16 seasons, with the only exceptions being Griese in 2001, Plummer in 2006 and — yes, of course — Tebow in 2011. In turn, that allowed the Broncos to be at least respectable most years, finishing .500 or better 13 times in those 16 seasons, with eight playoff appearances. Scrunging for the Jake Plummers and Kyle Ortons of the world doesn’t sound very fun, but it does ensure your team has a high-ish floor (albeit with a low ceiling).

But that all started to change in Manning’s final season, the first of what would be seven consecutive seasons with a below-average primary starter for the franchise, turned in by six different QBs. (Denver actually won the Super Bowl in the first season of that stretch, but it was a totally bizarro Manning season in which he was historically bad but his teammates carried him to the championship.) In the past five seasons, the Broncos have accelerated their QB-switching tendency with a new primary starter every single year; they’re the only team in the league that can make that claim since 2017.

That failed search for QB stability hasn’t been for a lack of effort. In looking for Manning’s successor, Denver approached his QB churn from every possible angle: Just since 2012, he drafted Brock Osweiler, Zac Dysert, Siemian, Paxton Lynch (at No. 26 overall), Chad Kelly and Lock. It signed Keenum, Brandon Allen, Brett Rypien and Jeff Driskel. It traded for Flacco and Bridgewater. Many of the QBs have been tall; few have been good. None have been the solution for a team that perpetually seems a good pass away from Super Bowl contention.

After years of speculation that disgruntled Packers QB Aaron Rodgers would fall into Denver’s lap after a breakup with Green Bay — in a quasi-repeat of Manning leaving Indianapolis a decade earlier — that scenario died when Rodgers agreed to return to the Packers this week. But Wilson might have been the Broncos’ first choice anyway, and Denver could do much worse, despite the trade’s steep price tag. Wilson finished the 2021 season ranked eighth in adjusted net yards per attempt, 10th in ESPN’s Total Quarterback Rating, 12th in our rolling Elo QB ratings and tied for 15th in completion percentage above expected.

Wilson is one of the best QBs of his generation and should be headed for the Hall of Fame someday. After producing an above-average QB Elo per start in nine of the past 10 seasons, he ought to snap Denver’s streak of subpar primary starters. A potential contract extension should also help Wilson slow down the Broncos’ QB carousel for the foreseeable future — even though, at age 34 next season, he is somehow only two years younger than Manning was when he first suited up for the Broncos.

Of course, there are still questions about whether Denver will be a championship-level team even after the long-awaited upgrade at QB. Teams that rely heavily on defense to be a key component of their future plans are often disappointed, though the Broncos’ investments on offense — headlined by, but not limited to, the Wilson pickup — could offset any potential regression on the other side of the ball. Denver’s divisional opponents could also pose difficulties, as the AFC West now contains the quarterbacks ranked No. 2 (Kansas City’s Patrick Mahomes), No. 5 (Los Angeles’ Justin Herbert), No. 12 (Wilson) and No. 17 (Las Vegas’ Derek Carr) in our final 2021 QB Elo ratings.

That competition won’t be a picnic for the new-look Broncos, but in the bigger picture, Denver must be ecstatic to simply get off of its post-Elway quarterback treadmill for a while. Across more than two decades, the franchise has been using a collection of retreads, burnouts, stopgaps and castoffs to fill the sport’s most important role. That they still managed to win anyway, even reaching the pinnacle of the league once, long made the Broncos an impressive outlier. Now, with Wilson on board, it’s time to see what the next era for Denver — presumably, one with more stability under center — will hold.