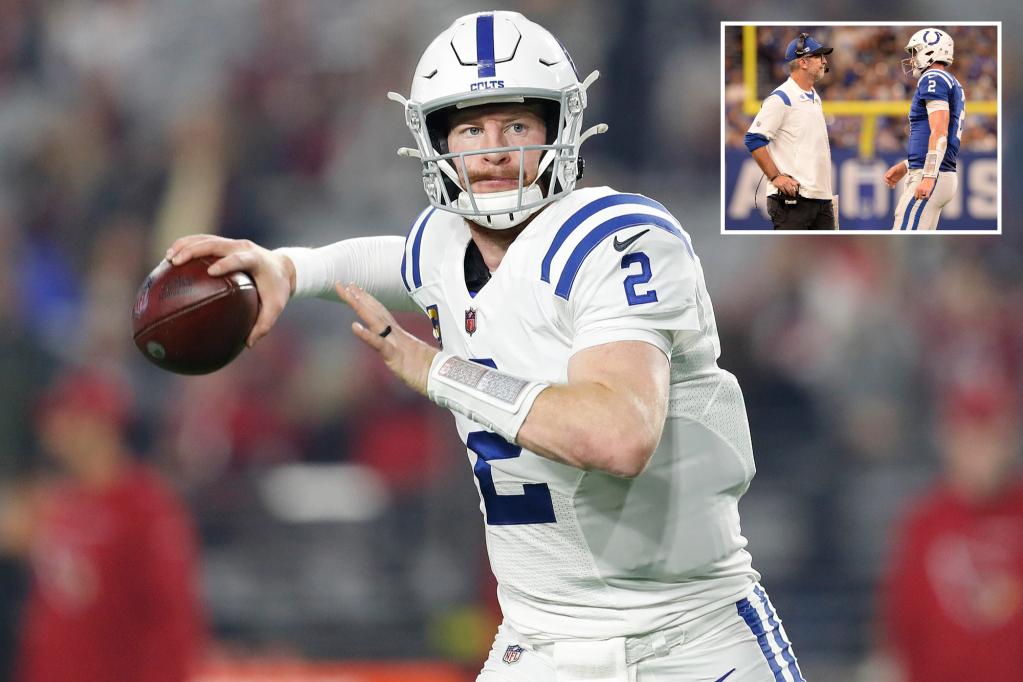 Carson Wentz’s exit out of Indianapolis didn’t seem like a pleasant one.

Wentz — whose trade to the Commanders on Wednesday was among the dizzying quarterback moves around the league this week — apparently wasn’t popular within the Colts’ organization, according to The Athletic. The former first-round pick was a lock to be traded or cut due in part to his lack of leadership and reckless style of play, per the report.

“Truth be told, some inside the Indianapolis Colts’ West 56th Street facility were finished with the Carson Wentz experiment long before the team’s late-season collapse,” The Athletic reported, citing recent conversations with sources inside the organization.

In fact, the Colts were apparently ready to cut ties with Wentz after his poor play in consecutive losses to Las Vegas and Jacksonville in the final weeks of the regular season.

Wentz, who also reportedly had resistance to hard coaching under Frank Reich’s staff, is said to have reached out to Colts owner Jim Irsay when he sensed there were tensions within the organization about his production. Irsay allegedly declined his meeting to “clear the air,” because he was out of town. The two spoke later, however.

The Wentz experiment — which originally reunited the 29-year-old quarterback with Reich, his former offensive coordinator in Philadelphia — came to an end this week after just one season. The move to the Commanders marks Wentz’s second trade in 13 months.

Washington will pay Wentz his full $28 million for the 2022 season, which includes a $5 million roster bonus, according to ESPN.

Wentz, the No. 2 overall pick by the Eagles in the 2016 NFL Draft, threw 27 touchdown passes and tied his career low in interceptions with seven last season.