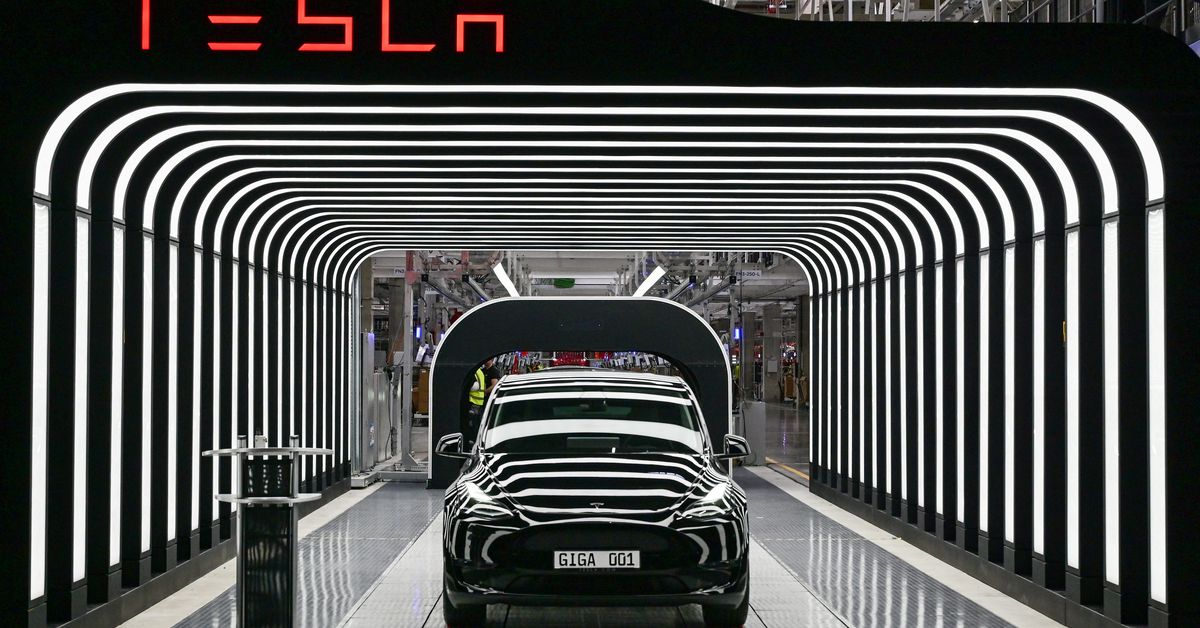 March 28 (Reuters) – Tesla Inc (TSLA.O) will seek investor approval to increase its number of shares to enable a stock split in the form of a dividend, the electric-car maker said on Monday, sending its shares up about 5 %.

The proposal has been approved by its board and the shareholders will vote on it at the annual meeting. The stock split, if approved, would be the latest after a five-for-one split in August 2020 that made Tesla shares cheaper for its employees and investors.

Following a pandemic-induced rally in the technology shares, Alphabet Inc (GOOGL.O), Amazon.com Inc (AMZN.O) and Apple Inc (AAPL.O) too have in the recent past split their shares to make them more affordable .

“This (stock split) could further fuel the bubble in Tesla’s stock that has been brewing over the past two years,” said David Trainer, Chief Executive of investment research firm New Constructs.

Tesla has delivered nearly a million electric cars annually, while ramping up production by setting up new factories in the Austin and Berlin amid increasing competition from legacy automakers and startup companies.

“We think Berlin is ramping, and both the MiniCar and India are on the horizon, we would agree with the timing,” Roth Capital analyst Craig Irwin said, hinting that companies usually execute stock splits when a good news is ahead.

Meanwhile, Tesla on Monday notified its suppliers and workers that its Shanghai factory in China will be closed for four days as the financial hub said it would lock down in two stages to carry out mass COVID-19 testing. read more

Reporting by Nivedita Balu and Akash Sriram in Bengaluru; Editing by Maju Samuel and Arun Koyyur