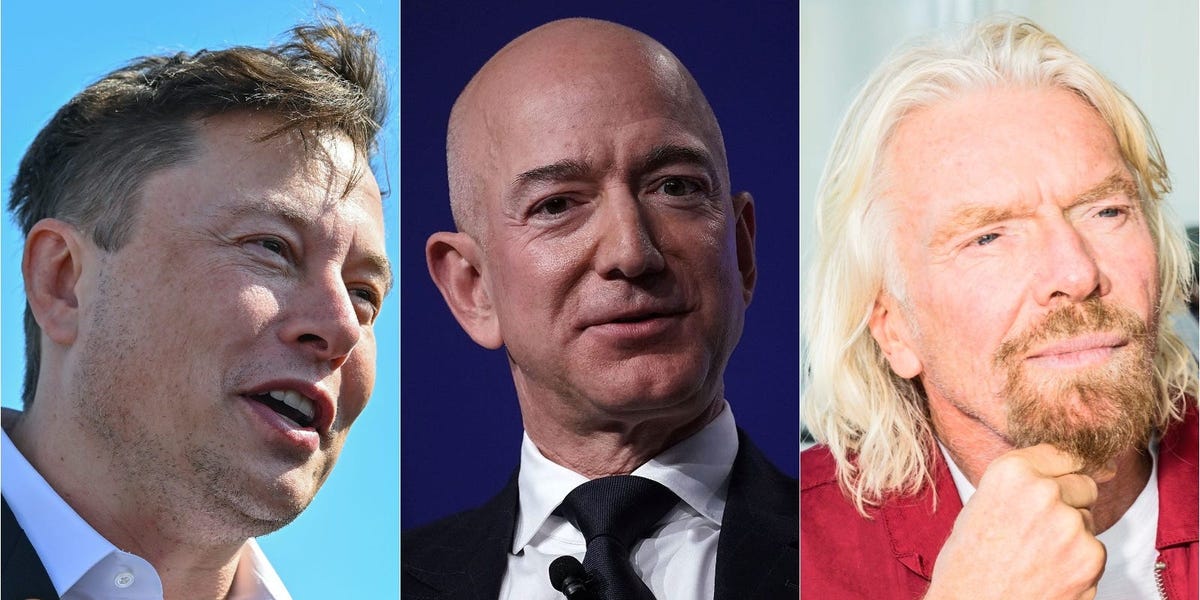 The pollution from rockets built by SpaceX, Blue Origin, and Virgin Galactic could damage human health and hurt the Earth’s climate, a new study shows.

“Atmospheric pollution from rockets,” published Tuesday in the journal Physics of Fluids, digitally modeled the exhaust gases coming from a standard rocket, similar to one of SpaceX’s reusable Falcon 9s, at various altitudes.

The increase in rocket launches by commercial space companies such as Elon Musk’s SpaceX, Jeff Bezos’ Blue Origin, and Richard Branson’s Virgin Galactic “could have a significant cumulative effect on climate,” the study said. This is because of the amount of carbon gases and nitrogen oxides being produced with each launch, the study said.

The study found that the concentration of nitrogen oxides, which an ascending rocket releases into two cubic kilometers of atmospheric air, was considered “hazardous to human health” under the World Health Organization’s (WHO) standards.

“The impact on the atmosphere will be a crucial factor requiring careful consideration in the design of future rocket launches,” the study’s authors, Ioannis Kokkinakis and Dimitris Drikakis, wrote.

As the number of commercial rocket rides climb, the consequent pollution in the atmosphere must be looked into, the authors added.

A Blue Origin spokesperson told Insider that the New Shepard rocket is “fueled by highly efficient and clean liquid oxygen and hydrogen” and the only byproduct is “water vapor with no carbon emissions.”

Blue Origin is planning its fifth human flight to the edge of space in May after already launching its resuable New Shepard rocket in March. Its first mission to launch humans to space was in July when Bezos and his brother were passengers onboard.

SpaceX, which builds reusable rockets, completed 31 flights in 2021, which was a record high for the company. It plans to launch 60 rockets in 2022, Musk said in a tweet in March.