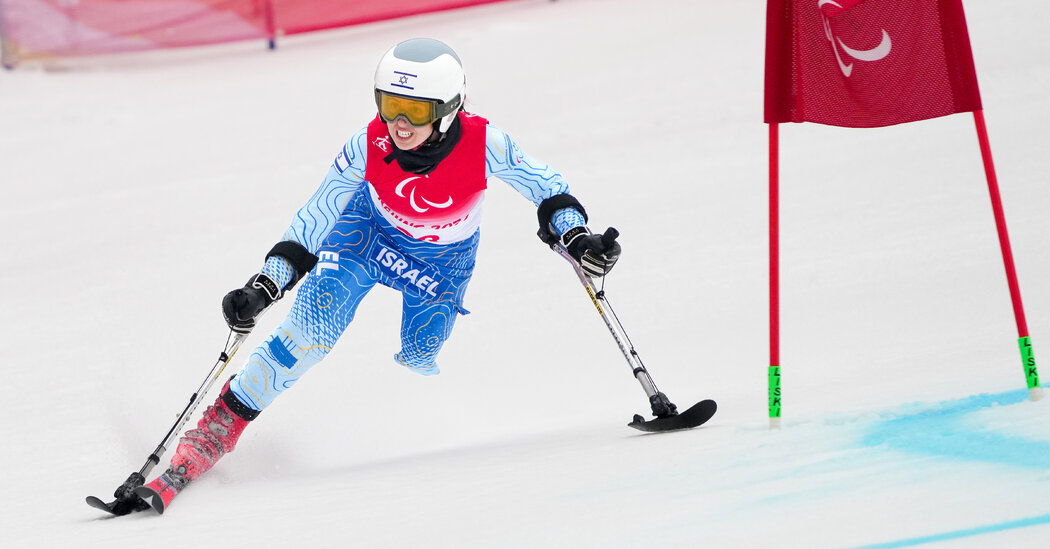 She took to the slopes like a native Vermont ski bird, exhibiting enough promise that she convinced the Erez Foundation volunteers, like Pezaro, to invest in her potential. They loved that Vaspi wanted to be on the mountain no matter how miserable the conditions were — and they noticed something else.

“She wasn’t scared of speed, at all,” said Pezaro, who helped teach Vaspi to ski. “We thought she had potential. And Sheina was a bit lost in her Israeli life. I knew from my experience as an athlete, that it could be so meaningful to get into a program that will demand discipline doing what you love.”

Vaspi traveled to the slopes of Europe when Mount Hermon was bare, and then spent a month in Banff, Canada, for high-level training. But a broken bone in her amputated leg interrupted that trip, and she returned to Israel, still with the hope of going back to Banff after she recovered. That was only two years into her skiing career, but then the pandemic struck, and Canada was no longer an option.

So, instead, Vaspi traveled to the National Sports Center for the Disabled in Winter Park, Colo., to train with Scott Olson. She began competing in races, and she did surprisingly well for someone of her limited experience, all the while observing the rules of her faith, including wearing her skirt. She even started a new trend at Winter Park.

The para ski team from Chile was training at Winter Park as well, and one of the Chilean coach’s daughters loved Vaspi’s skirt. One day, the girl wore one of her own on the slopes and presented Vaspi with a drawing she had made of her, with Vaspi’s fiery red hair flowing behind her as she raced down the mountain in a skirt.