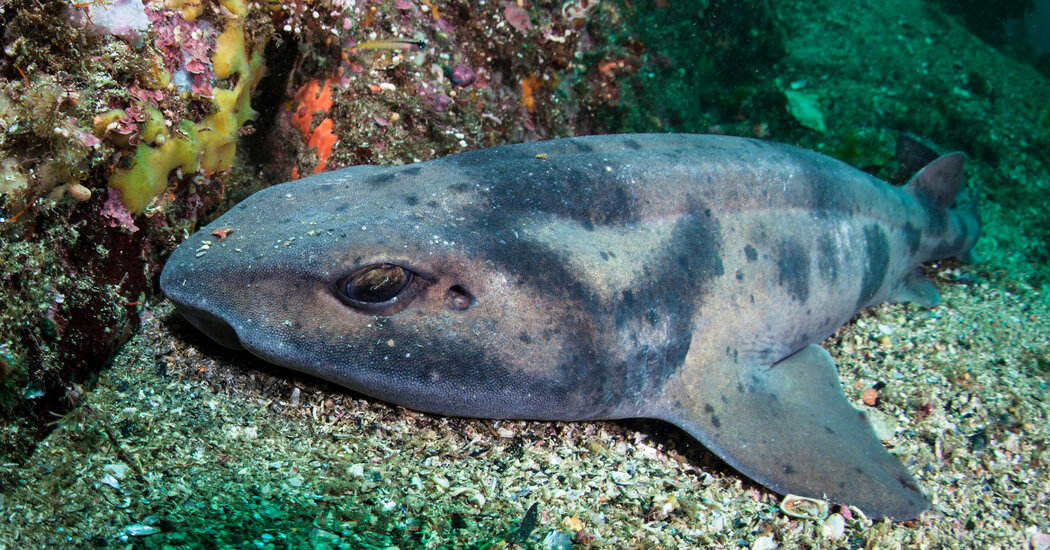 Sharks are celebrated for their apparently ceaseless motion—a small handful of species such as great white sharks must even swim to breathe, keeping water washing over their gills. Still, all that moving doesn’t preclude sharks from having a rest. Sleep across the animal kingdom manifests itself in many peculiar ways, like the birds whose brains sleep one half at a time or the bats that spend almost every hour of their day snoozing.

And in a paper published in Current Biology on Wednesday, researchers confirmed that the draftsboard shark, a small nocturnal shark native to New Zealand, appears to be sleeping during periods of calm, reporting that their metabolism and posture change significantly during these bouts of repose.

They do, however, in a creepy touch, keep their eyes open for a lot of it.

Further research will be required to demonstrate that other kinds of sharks catch underwater z’s like the draftsboard shark. But the new study supports the hypothesis that one reason organisms might have evolved sleep is as a tool for conserving energy.

Draftsboard sharks were identified last year as sleepers by this same group of researchers based in New Zealand and Australia. They watched captured sharks carefully in tanks and tested their responses to disturbances during their restful periods. (These sharks are not among those that swim to breathe; they hang out on the ocean floor and pump water over their gills.) The team found that it was more difficult to prompt the sharks into movement if they had been still for a long time , suggesting they were in fact sleeping.

This time, said Craig Radford, a professor of marine science at the University of Auckland and an author of the new paper, the researchers were looking to compare the sharks’ metabolisms during these periods of calm, defined as still being for longer than five minutes , with when they were resting for shorter periods and when they were actively swimming. They used a specially built tank with instruments that let them monitor how much oxygen the sharks were using, a way to indirectly measure metabolism. Seven sharks each spent 24 hours in the tank, and the researchers found that these states were indeed quite different.

“They are showing quite a drop of metabolic state when they are in sleep, comparing to when they are either in their alert state or tooling around the tank,” Dr. Radford said.

In evolutionary terms, sleep is a somewhat mysterious behavior, in that it’s difficult to imagine what could be so useful to an organism that it regularly gives up chances to feed, mate and flee from predators. Many less complex organisms never enter a period of sleep, so far as we can tell. One hypothesis is that sleep emerged as a way to save energy: If you don’t move, you use up fewer calories. Some have even suggested that the ability to get a better night’s sleep helped primitive primates evolve into Homo sapiens. In the case of these sharks, it does appear to allow them to get by with less expenditure of energy.

The researchers found that the sharks would often assume a flat position on the bottom of the tank while sleeping, similar to the way other animals will curl up or lie down when they go to sleep. But they were intrigued to discover that the sharks don’t bother to consistently shut their eyes for a snooze. And then sometimes during alert resting periods, they do shut their eyes. The team suggests that the sharks may close their eyes as a reaction to daylight, rather than to facilitate sleep.

“It’s the human thing to do, right?” Dr. Radford said.

But sharks do things their own way, including when they are asleep.