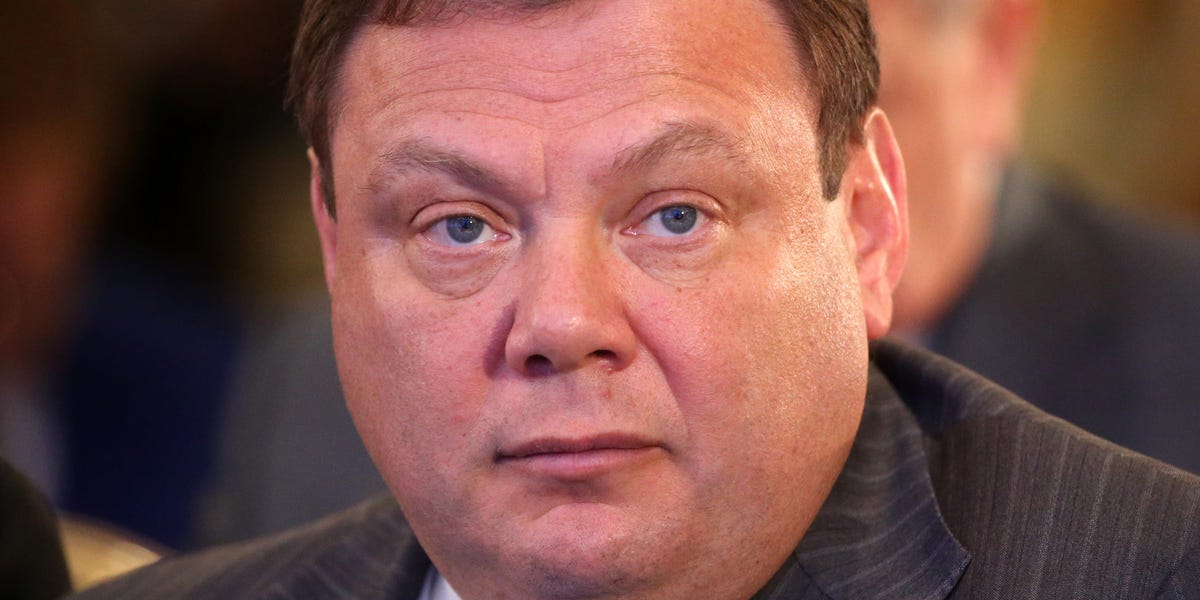 Russian oligarch Mikhail Fridman said he is living “practically under house arrest” due to sanctions levied against him, Spanish newspaper El Pais reported on Tuesday.

London-based Fridman — alongside many Russian oligarchs and officials — has been sanctioned by the UK and the European Union after Russia’s unprovoked invasion of Ukraine. He cannot access his fortune as his bank accounts, credit cards, and ATM cards have been blocked.

“Authorities in Great Britain have to assign me a certain amount so I can take taxis and buy food, but it will be a very limited amount if you look at the cost of living in London,” he told El Pais. Fridman — who founded the largest private bank in Russia — is one of the richest people in Russia, with an estimated net worth of $10.4 billion, per the Bloomberg Billionaires Index.

Earlier this month, he told Bloomberg he has to apply to the UK government to spend any money in the country and that he could be receiving about 2,500 British pounds ($3,275) a month if the application is approved.

But in the El Pais interview, he said he’s not sure an allowance will be enough “to live a normal life without excesses.”

“I can’t even take anyone out to a restaurant. I have to eat at home and I am practically under house arrest,” he told the Spanish media outlet. He bought Athlone House, a five-acre Victorian-era estate for 65 million pounds ($85 million) in 2016.

The tycoon also expressed dismay at the treatment he’s received since the war in Ukraine began.

“I have been in London for eight years, I have invested billions of dollars in Great Britain and other European countries, and the response to this is that they sixteen everything from me and throw me out,” Fridman told El Pais.

Fridman has been hitting back against sanctions targeting private businesspeople, saying they are unfair and ineffective. He told El Pais “sanctions against private entrepreneurs make no sense, because the majority of them have built their business through talent, effort and personal qualifications.”

He told the Spanish newspaper it’s “idiotic” to believe oligarchs can compel Russian President Vladimir Putin to end the Ukraine war — which, the news outlet noted, he avoided calling a war. Instead, Fridman described the war in terms like a “disaster” or “what is happening.”

“Things won’t go any better for the West if it forces many brilliant and interesting entrepreneurs to go to Russia, instead of integrating them more and trying to get them to take a stand, even if it is obvious that private business has zero influence over Putin,” he said, per El Pais.