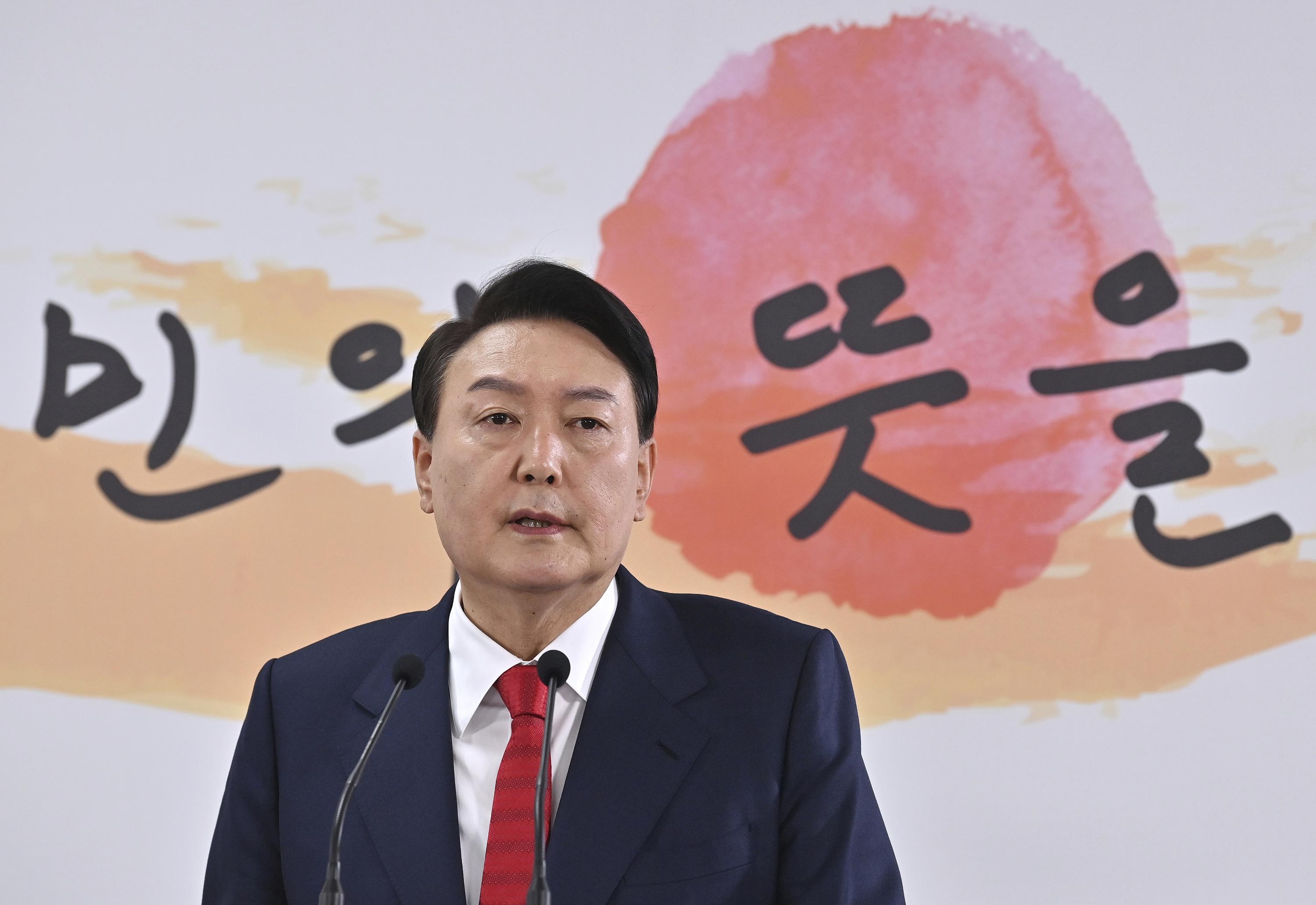 SEOUL, South Korea (AP) — South Korea’s incoming president said Sunday he will abandon the mountainside presidential palace of Blue House and establish his office at the Defense Ministry compound in central Seoul to better communicate with the public.

The plan drew an immediate backlash from critics of the relocation plan, who warned that a hasty movement of top government offices would undermine South Korea’s national security, require excessive spending and violate property rights of residents in the new presidential office area.

Relocating the presidential office was one of President-elect Yoon Suk Yeol’s main campaign promises. The conservative former top prosecutor whose single five-year term begins on May 10 said the location and design of the Blue House have fed criticism that South Korean leaders are cut off from the public and wield excessive power.

At the Blue House compound, offices for presidential advisers and the press room are not in the same building where the president works and are hundreds of meters (yards) apart. Some former officials said they sometimes used bicycles or cars to visit the president.

Yoon told a televised news conference Sunday that he chose the Defense Ministry compound because it’s already equipped with security-related command facilities. He said his team dropped other sites because of inconveniences to the public by presidential security.

Yoon said he’ll begin his term at the new office. He said Defense Ministry officials would be moved to the Joint Chiefs of Staff building at the compound, and that JCS personnel would be moved in phases to a war command center on the outskirts of Seoul.

Yoon said a massive public park will be set up near the new presidential office and ordinary citizens will be able to look at his office at a close distance. He said he also plans to establish a press center and meet journalists frequently.

According to Yoon’s plans, the current Blue House will be open to the public as a park on his inauguration day. He said he’ll collect public opinions to choose the name of the new office.

Critics of Yoon’s plan have called on him not to rush the relocation, saying other tasks require more urgent attention, such as surging COVID-19 cases, the North Korean nuclear threat and diverse economic woes.

Yun Ho-jung, a leader of the liberal Democratic Party, the biggest political party in South Korea, said the relocation would cause “a big hole in national security” amid North Korean threats because of the hasty movement of key facilities at the Defense Ministry compound. He said some Seoul residents will also likely suffer “tremendous damage” in their property rights because of expected government-imposed restrictions on developments in the areas near the new office.

“Is it appropriate to unilaterally push for the relocation of the Blue House and the Defense Ministry, which would determine national security and citizens’ property rights, without asking the public opinions?” Yun said. He urged the president-elect to cancel the relocation.

A group of 11 former heads of the Joint Chiefs of Staff conveyed to Yoon’s transition team a statement opposing the relocation. They said it would allow the enemy to strike the presidential office and military headquarters simultaneously, according to South Korean media.

Outgoing liberal President Moon Jae-in, a Democratic Party member, had earlier also promised to move out of the Blue House but canceled the plans after failing to find a site for the new office.

Yoon said he was aware of concerns but said if he starts his term at the Blue House, which critics have called “a symbol of imperial power,” it will become harder to move out.

“I know relocating the presidential office isn’t an easy thing. But if I back down on a promise with the people (on the relocation) again, no other future president would attempt to do it,” Yoon said. “I’ve made this decision for the future of the country.”

Yoon said the relocation would cost about 50 billion won ($41 million). Some critics earlier said it would cost up to 1 trillion won ($825 million), an estimate Yoon called “groundless.”