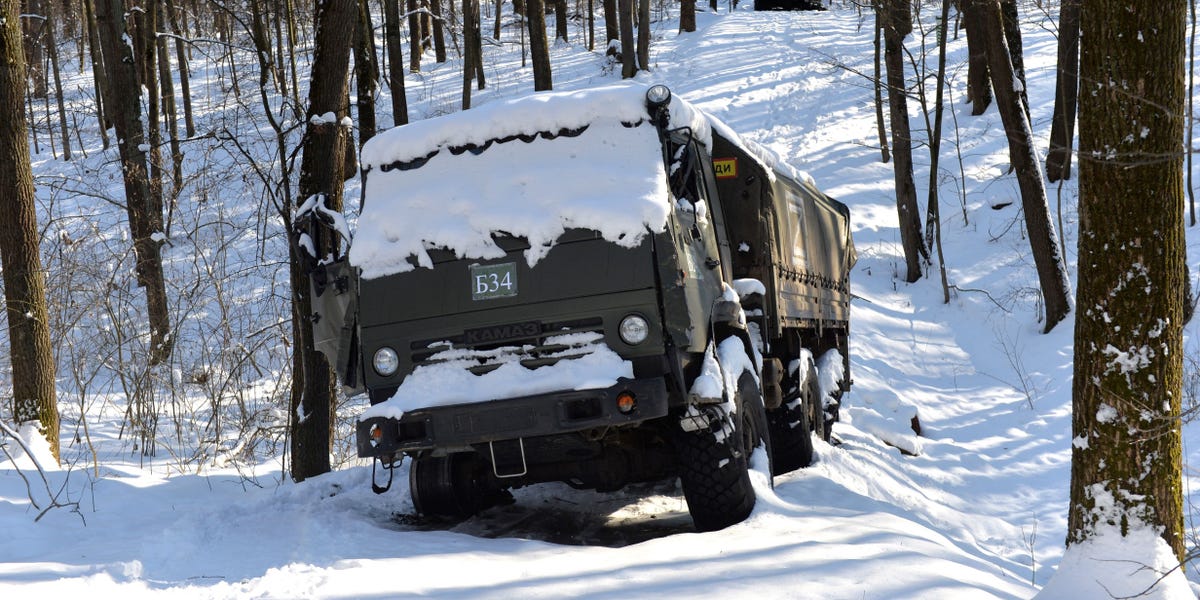 In a stark message Sunday, Ukrainian President Volodymyr Zelenskyy said some areas of combat have been “simply piled with corpses of Russian soldiers.”

The Ukrainian president said that his forces continue to deter Russian forces and “inflict unprecedented losses on Russian troops.” He added that the Russian military has proven itself “incompetent, capable of simply driving their people to slaughter.”

“Some units of the occupiers were destroyed by 80-90%,” Zelenskyy said on Telegram. “In places of especially fierce battles, the frontline of our defense is simply piled with the corpses of Russian soldiers.”

“And these corpses, these bodies, are not taken away,” he added. “New units are driven on the offensive through these bodies. Some reserves that the command of the Russian troops collect wherever they can.”

Zelenskyy has said over 14,000 Russian soldiers have died thus far. US intelligence estimated last week that 7,000 of the 150,000 Russian troops involved in the war have died.

“We are well aware that Russia has just a bottomless human resource and a lot of equipment, missiles, and bombs. But I want to ask the citizens of Russia. What have they done to you over the years that you stopped noticing your losses? ” Zelenskyy said. “This is 14,000 mothers, 14,000 fathers. These are wives, these are children, relatives, and friends. And you don’t notice it?”

He warned there would “only be more victims” as Russia’s war against Ukraine continues. Zelenskyy has called for peace talks with Russia multiple times in the last several weeks, warning that Russia will otherwise incur losses that will take “several generations to recover” from.

During an interview with CNN on Sunday, Zelenskyy said he is ready for negotiations with Russian President Vladimir Putin, but he warned that if those talks failed, it “would mean that this is a third World War,” Insider’s John Dorman reported.

“Ukraine has always sought a peaceful solution,” Zelenskyy said on Telegram. “Because we count everyone killed, because every ruined family, every ruined house matters to us. Because were are Ukrainians, and for us, a person is priceless.”