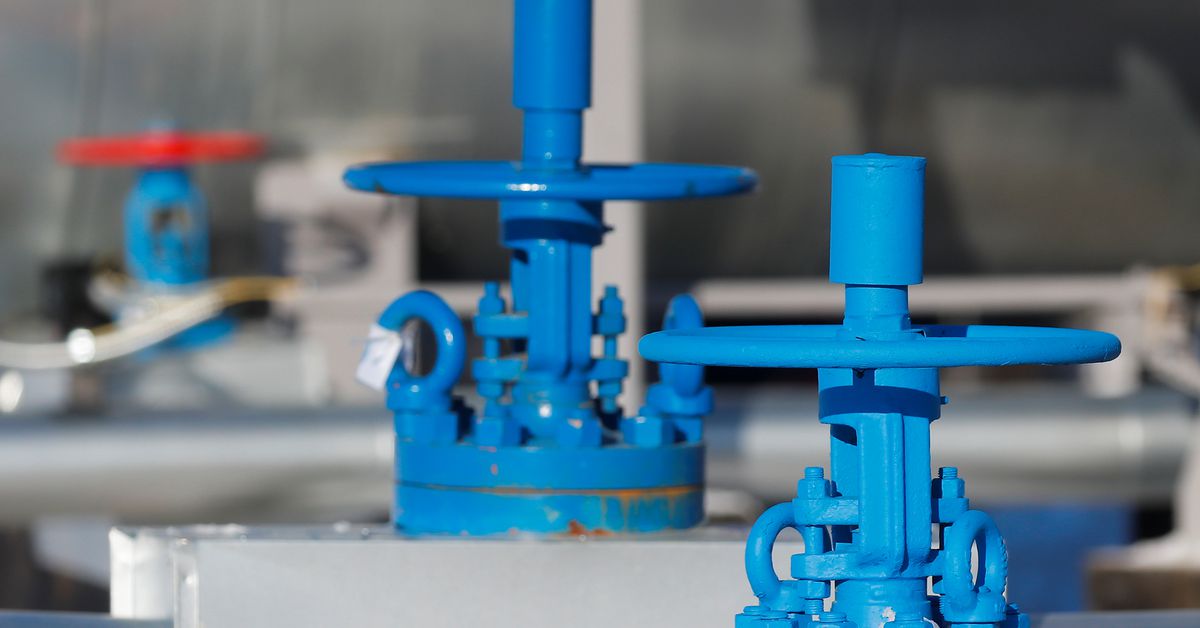 Valves are pictured at the Atamanskaya compressor station, part of Gazprom’s Power Of Siberia project outside the far eastern town of Svobodny, in Amur region, Russia November 29, 2019. REUTERS/Maxim Shemetov.

March 28 (Reuters) – Russia said on Monday it will not supply gas to Europe for free as it works out methods for accepting payments for its gas exports in rubles but G7 nations refused the demand.

At a meeting of European Union leaders on Friday, no common position emerged on Russia’s demand last week that “unfriendly” countries must pay in roubles, not euros, for its gas in the wake of the United States and European allies teaming up on a series of sanctions aimed at Russia. read more

Concerns over security of supply were enhanced after the demand, with companies and EU nations scrambling to understand the ramifications.

The Russian central bank, the government and Gazprom (GAZP.MM), which accounts for 40% of European gas imports, should present their proposals for ruble gas payments to President Vladimir Putin by March 31.

“We are not going to supply gas for free, this is clear,” Kremlin spokesman Dmitry Peskov told a conference call. “In our situation, this is hardly possible and appropriate to engage in charity (with European customers).”

Russia will take decisions in due course should European countries refuse to pay in the Russian currency, he added.

“All G7 ministers have agreed that this is a unilateral and clear breach of existing contracts,” he told reporters after a virtual conference with G7 energy ministers.

The ministers “underlined once again that the concluded contracts are valid and the companies should and must respect them … payment in rubles is unacceptable, and we call on the companies concerned not to comply with Putin’s demand,” he said.

Dutch and British wholesale gas prices rose by up to 20% on Monday on concerns about Russian gas supply.

The EU aims to cut its dependency on Russian gas by two-thirds this year and end Russian fossil fuel imports by 2027. Russian gas exports to the EU were around 155 billion cubic meters (bcm) last year.

On Friday, the United States said it will work to supply 15 bcm of liquefied natural gas (LNG) to the European Union this year. read more

US LNG plants are producing at full capacity and analysts say most of any additional US gas sent to Europe would have to come from exports that would have gone elsewhere.

Russian lawmaker Ivan Abramov said a refusal by the G7 to pay for Russian gas in rubles would lead to an unequivocal halt in supplies, according to the RIA news agency.

Abramov sits on the economic policy committee of the Federation Council, the Russian parliament’s upper chamber.

When asked about what happens if Russia stops gas deliveries, he added: “we are prepared for all scenarios and not only since yesterday.”

However, the EU would struggle to replace all Russian gas exports in a short period of time, experts said. read more

Russia’s Gazprom (GAZP.MM) said it that it was continuing to supply natural gas to Europe via Ukraine in line with requests from European consumers.