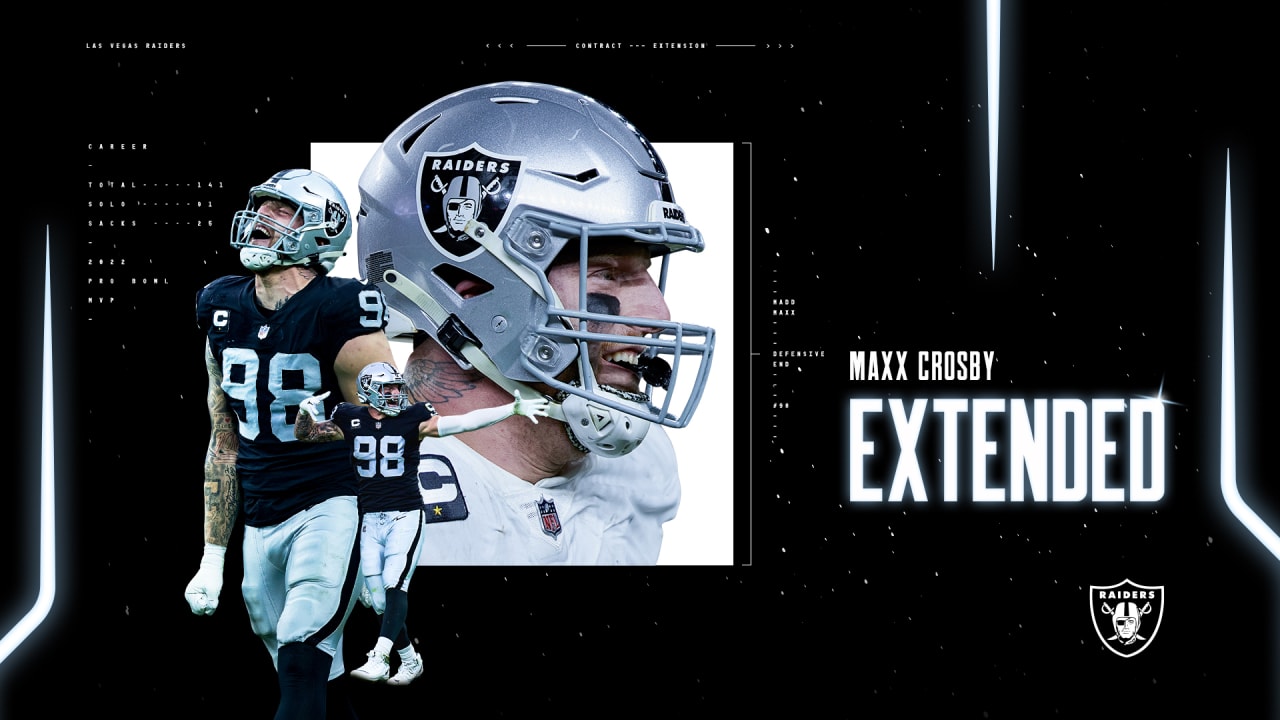 Crosby, 24, was selected by the Raiders in the fourth round (106th overall) of the 2019 NFL Draft out of Eastern Michigan and has totaled 141 tackles (91 solo), 25 sacks, 12 passes defended, four forced fumbles and one fumble recovery over his first three NFL seasons.

“Maxx Crosby exemplifies the characteristics of a Raider,” said Raiders Head Coach Josh McDaniels. “His work ethic and leadership are unmatched and we’re thrilled that he will continue to be an important part of this organization for years to come. It’s an exciting day for Maxx and for the Raider Nation.”

The 6-foot-5, 255-pound defensive end was named to his first Pro Bowl in 2021 after starting all 17 games, recording 56 tackles (36), eight sacks and seven passes defended. He was named AFC Defensive Player of the Week twice (Weeks 1 and 18), becoming the first Raider to earn the honor multiple times in a season since 2016.

Crosby is tied for fourth in franchise history for most sacks (25) by a player through his first three years and is among a group of just 11 NFL players to register at least seven sacks in each of the last three seasons (2019-21) . Crosby is tied for second in club history with four sacks in a single game and his five multi-sack games are tied for ninth-most since entering the league in 2019.

In 2020, Crosby started all 16 games and totaled 39 tackles (20), a team-high seven sacks, one fumble recovery and one pass defended in addition to two blocked kicks on special teams. He was named AFC Special Teams Player of the Week in Week 17 of 2020 after becoming just the second Raider since at least 2000 to record two blocked FG attempts in a single game.

As a rookie in 2019, he finished second in the Associated Press Defensive Rookie of the Year voting after posting 46 tackles (35), a career-high 10 sacks, four forced fumbles and four passes defended. He became just the second rookie in franchise history to record 10 sacks in a season, while becoming just the fourth rookie defender in the NFL since 2000 to log double-digit sacks and at least four forced fumbles.