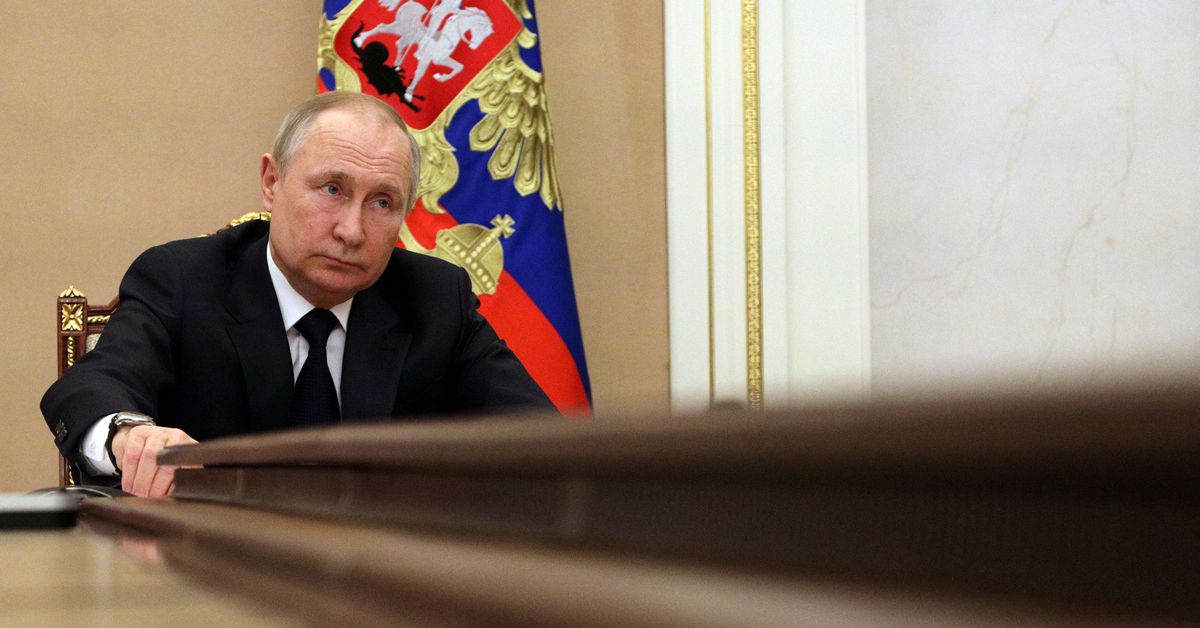 LONDON, March 11 (Reuters) – Russian President Vladimir Putin gave the green light on Friday for up to 16,000 volunteers from the Middle East to be deployed alongside Russian-backed rebels to fight in Ukraine, doubling down an invasion that the West says has been losing momentum.

The move, just over two weeks since Putin ordered the invasion, allows Russia to deploy battle-hardened mercenaries from conflicts such as Syria without risking additional Russian military casualties. read more

At a meeting of Russia’s Security Council, Defense Minister Sergei Shoigu said there were 16,000 volunteers in the Middle East who were ready to come to fight alongside Russian-backed forces in the breakaway Donbass region of eastern Ukraine.

“If you see that there are these people who want of their own accord, not for money, to come to help the people living in Donbass, then we need to give them what they want and help them get to the conflict zone,” Putin said from the Kremlin.

Shoigu also proposed that Western-made Javelin and Stinger missiles that were captured by the Russian army in Ukraine should be handed over to Donbass forces, along other weaponry such as man-portable air-defense systems, known as MANPADS, and anti-tank rocket complex.

“As to the delivery of arms, especially Western-made ones which have fallen into the hands of the Russian army – of course I support the possibility of giving these to the military units of the Lugansk and Donetsk people’s republics,” Putin said.

“Please do this,” he told Shoigu. The exchange was shown on Russian state television.

Putin says the “special military operation” in Ukraine is essential to ensure Russia’s security after the United States expanded NATO up to its borders and supported pro-Western leaders in Kyiv.

Ukraine says it is fighting for its existence while the United States, and its European and Asian allies have condemned the Russian invasion. China has called for calm.

Shoigu said the operation was all going to plan before requesting Putin’s approval for the use of fighters from the Middle East.

US intelligence chiefs told lawmakers on Thursday that Russia had been surprised by the strength of Ukrainian resistance, which had deprived the Kremlin of a quick victory it thought would have prevented the United States and NATO from providing meaningful military aid. read more

“I do believe that the Chinese leadership, President Xi (Jinping) in particular, is unsettled,” Burns said. “By what he’s seen, partly because his own intelligence doesn’t appear to have told him what was going to happen.”

Shoigu said Western arms were flowing into Ukraine in an “absolutely uncontrolled” way and that the Russian military planned to strengthen its Western border after what he said was a build up of Western military units on Russia’s border.

“The general staff is working on, and has almost finished, a plan to strengthen our Western borders, including, naturally, with new modern complexes,” Shoigu said.

Putin said the question of how to react to moves by NATO countries need a separate discussion.