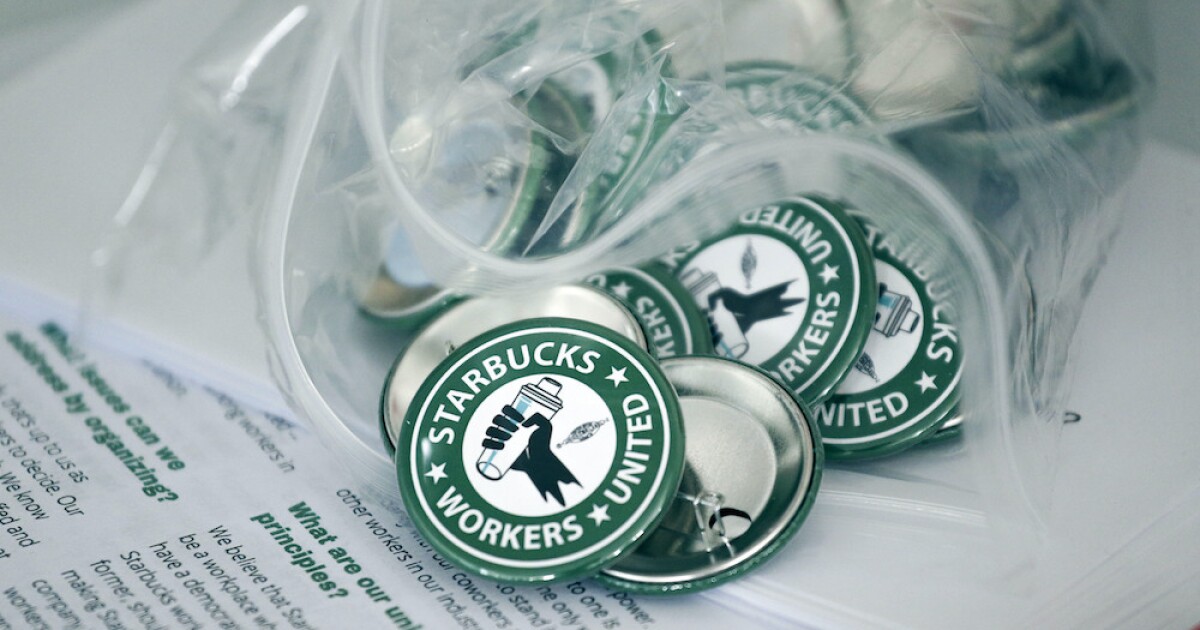 According to a release, the walk out strike was planned for Saturday at 8 am to protest unfair labor practices.

Workers at the Starbucks location say that management has threatened and retaliated against employees for organizing a union at the location, according to the release.

“The response to our union campaign from our district manager, Sara Jenkins has been aggressive. She has cornered us one on one, sometimes with another manager to intimidate us. Forced us to decide between being demoted, resigning or changing availability that conflicts with college classes and second jobs…We want the one-on-ones to stop,” Starbucks employee Hannah Edwards said in a statement.

The release says that according to Workers United, formal charges have been filed against Starbucks with the National Labor Relations Board.

“Our organization is legal and protected by law and we expect that to be respected going forward,” Edwards said.

“I hope this strike sends a message to partners everywhere that we are many, we are strong, and we are here for good– and to Starbucks that their unethical union-busting campaign is a waste of resources,” said Chris Fielder, a Kansas City Starbucks worker in a statement.