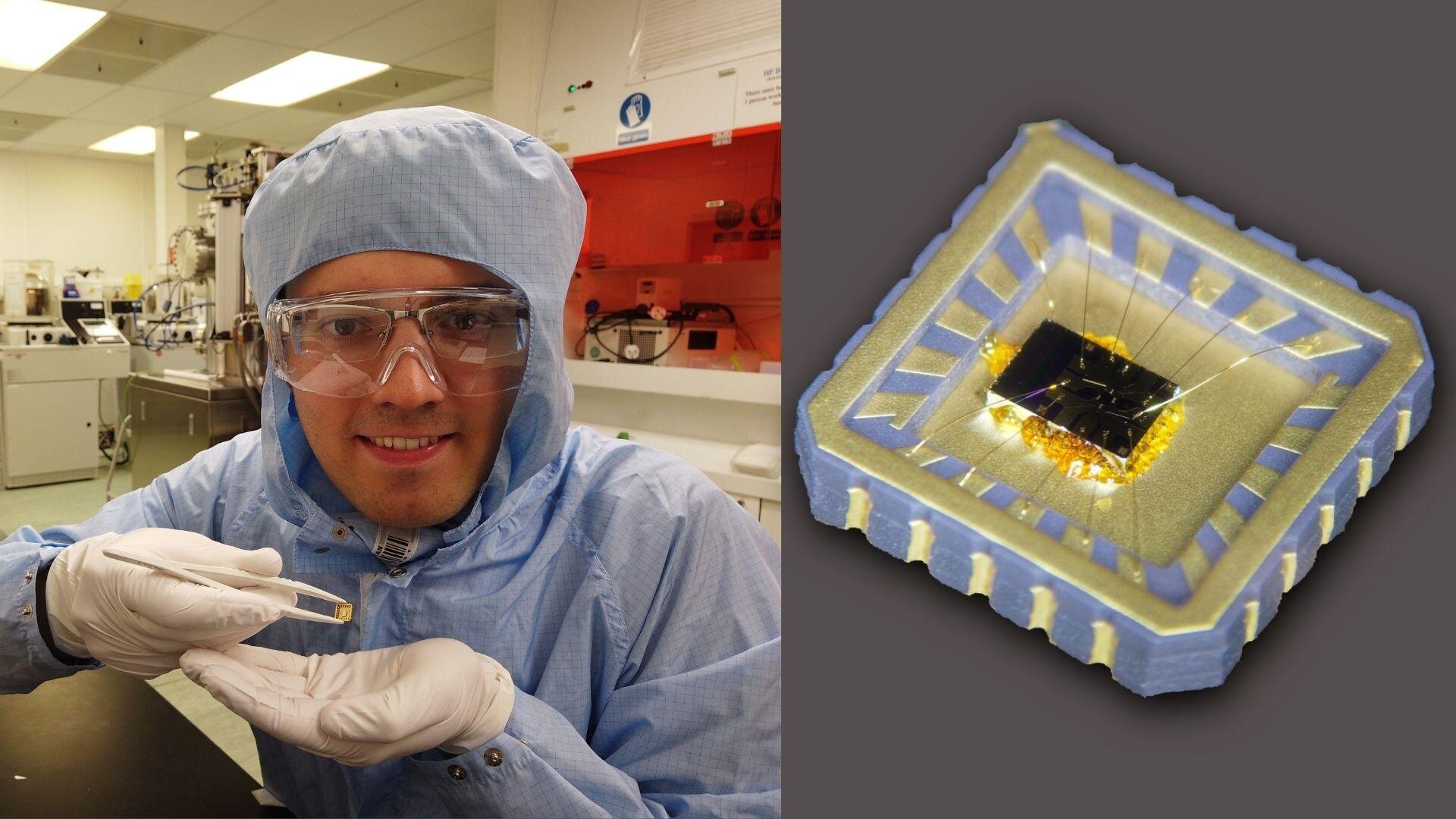 A team of scientists at the Cavendish Laboratory, together with colleagues at the Universities of Augsburg (Germany) and Lancaster, has found a new physical effect when two-dimensional electron systems are exposed to terahertz waves.

First of all, what are terahertz waves? “We communicate using mobile phones that transmit microwave radiation and use infrared cameras for night vision. Terahertz is the type of electromagnetic radiation that lies in-between microwave and infrared radiation,” explains Prof. David Ritchie, Head of the Semiconductor Physics Group at the Cavendish Laboratory of the University of Cambridge, “but at the moment, there is a lack of sources and detectors of this type of radiation that would be cheap, efficient, and easy to use. This hinders the widespread use of terahertz technology.”

Researchers from the Semiconductor Physics group, together with researchers from Pisa and Torino in Italy, were the first to demonstrate, in 2002, the operation of a laser at terahertz frequencies, a quantum cascade laser. Since then the group has continued to research terahertz physics and technology and currently investigates and develops functional terahertz devices incorporating metamaterials to form modulators, as well as new types of detectors.

If the lack of usable devices were solved, terahertz radiation could have many useful applications in security, materials science, communications, and medicine. For example, terahertz waves allow the imaging of cancerous tissue that couldn’t be seen with the naked eye. They can be employed in new generations of safe and fast airport scanners that make it possible to distinguish medicines from illegal drugs and explosives, and they could be used to enable even faster wireless communications beyond the state-of-the-art.

So, what is the recent discovery about? “We were developing a new type of terahertz detector,” says Dr. Wladislaw Michailow, Junior Research Fellow at Trinity College Cambridge, “but when measuring its performance, it turned out that it showed a much stronger signal than should be theoretically expected. So we came up with a new explanation.”

This explanation, as the scientists say, lies in the way how light interacts with matter. At high frequencies, matter absorbs light in the form of single particles—photons. This interpretation, first proposed by Einstein, formed the foundation of quantum mechanics and explained the photoelectric effect. This quantum photoexcitation is how light is detected by cameras in our smartphones; it is also what generates electricity from light in solar cells.

The well-known photoelectric effect consists of the release of electrons from a conductive material—a metal or a semiconductor—by incident photons. In the three-dimensional case, electrons can be expelled into vacuum by photons in the ultraviolet or X-ray range, or released into a dielectric in the mid-infrared to visible range. The novelty is in the discovery of a quantum photoexcitation process in the terahertz range, similar to the photoelectric effect. “The fact that such effects can exist within highly conductive, two-dimensional electron gases at much lower frequencies has not been understood so far,” explains Wladislaw, first author of the study, “but we have been able to prove this experimentally.” The quantitative theory of the effect was developed by a colleague from the University of Augsburg, Germany, and the international team of researchers published their findings in the journal Science Advances.

The researchers named the phenomenon accordingly, an “in-plane photoelectric effect.” In the corresponding paper, the scientists describe several benefits of exploiting this effect for terahertz detection. In particular, the magnitude of photoresponse that is generated by incident terahertz radiation by the “in-plane photoelectric effect” is much higher than expected from other mechanisms that have been heretofore known to give rise to a terahertz photoresponse. Thus, the scientists expect that this effect will enable fabrication of terahertz detectors with substantially higher sensitivity.

“This brings us one step closer to making terahertz technology usable in the real world,” concludes Prof Ritchie.

Provided by University of Cambridge

Quote: One step closer to making terahertz technology usable in the real world (2022, May 23) retrieved 24 May 2022 from https://phys.org/news/2022-05-closer-terahertz-technology-usable-real.html