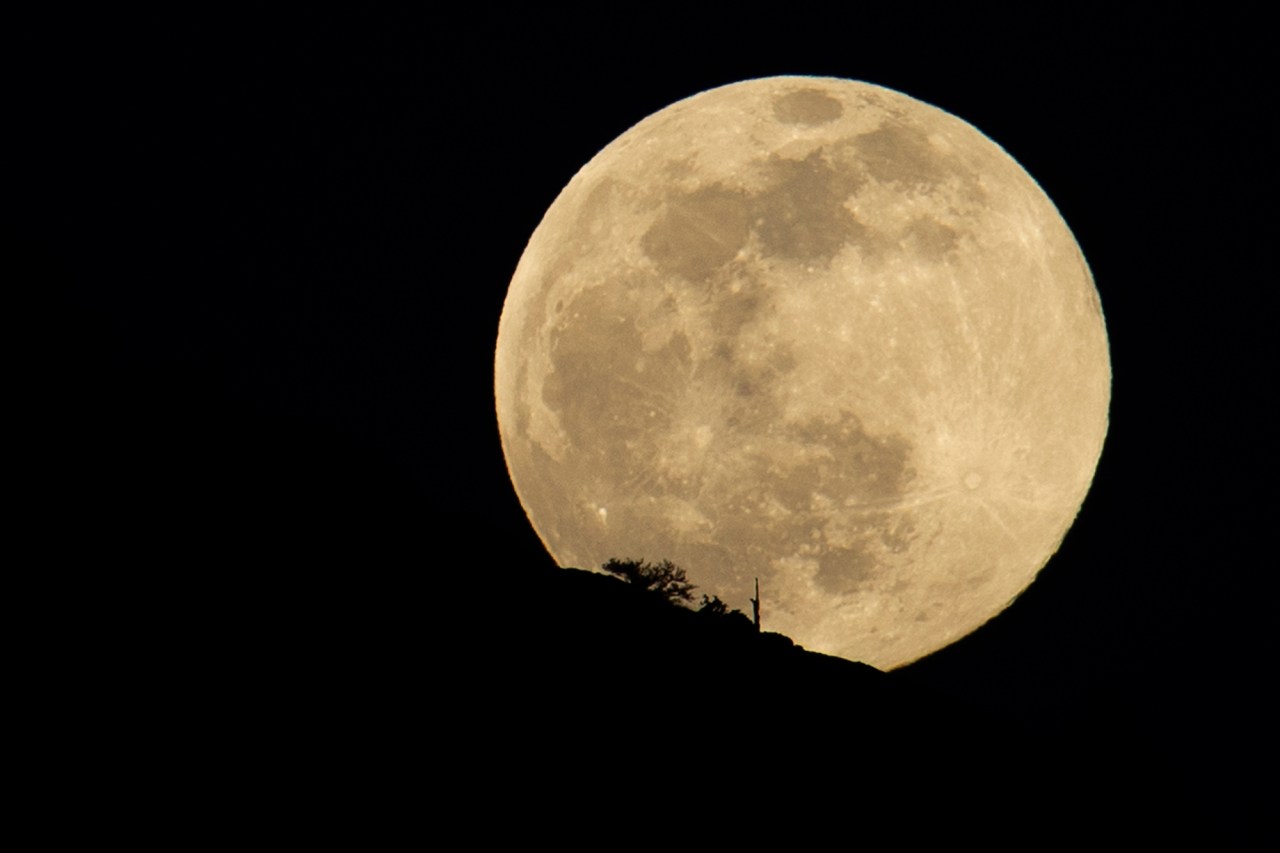 TAMPA, Fla. (WFLA) — If you’ve been on social media this week, you may have seen a video that claims to show the moon crossing the sky and blocking the sun over the North Pole. The video, which has been viewed millions of times already, is not real.

The video was posted to Twitter early Tuesday morning and looks like it could be a scene from a Marvel or “Star Wars” movie. It shows what looks like the moon – extremely close to Earth – “rise,” then quickly move across the sky to block out the sun. The person who posted the video claimed it was a “breathtaking view” from the North Pole.

That “breathtaking view,” however stunning it may look, is fake. Here’s how you can tell it’s not real:

“While the heavily-altered video makes the moon look amazing and huge, it’s not possible for the moon to appear that large here on Earth,” Max Defender 8 Meteorologist Rebecca Barry said. “The moon’s orbit isn’t a perfect circle, and there are wobbles within the orbit, but we can calculate the moment the moon is closest, and appears the largest, to Earth each year – it is called perigee. At perigee, the moon is still over 200,000 miles from Earth. A Super Moon only appears about 7% larger than a normal full moon, so the much larger appearance of the moon in this fake video just isn’t physically possible.”

Another clue that proves the video is fake is the speed in which the moon appears to be rotating in the video.

“You can see the moon rotating – quickly – while it makes its fast journey across the sky. The moon rotates much more slowly, imperceptibly to our observation over the course of an entire evening,” Barry explained. “In fact, it takes the moon 23.7 days to make a rotation on its axis.”

The video claims to show the moon completely blocking the sun in the sky for five seconds before disappearing. That visual – showing the moon almost glowing in the sky – is another clue that the video is manipulated.

“I watched the last solar eclipse – when the moon moved in front of the sun. You couldn’t see the moon at all in the sky while it approached the sun, “Barry said. “The only way we see the moon is when the sun’s light reflects off of the surface and back to us. At that angle, it is impossible for the moon to be illuminated.”

The tweet posted Tuesday claims the video was taken from the North Pole, which is another red flag.

Solar eclipse will dazzle America in 2024

“The fake terrain shows a dry grass field, not the snow and ice we know covers the North Pole,” Barry said.

So where did the video come from?

It’s not the first time this video has made the rounds online. It was posted in May 2021 and again in October 2021. Previous tweets claim the video was taken in the North Pole, like Tuesday’s tweet, or between Russia and Canada.

It’s not clear exactly where the video came from, but some Twitter users traced it back to a TikTok account that posts videos featuring CGI.