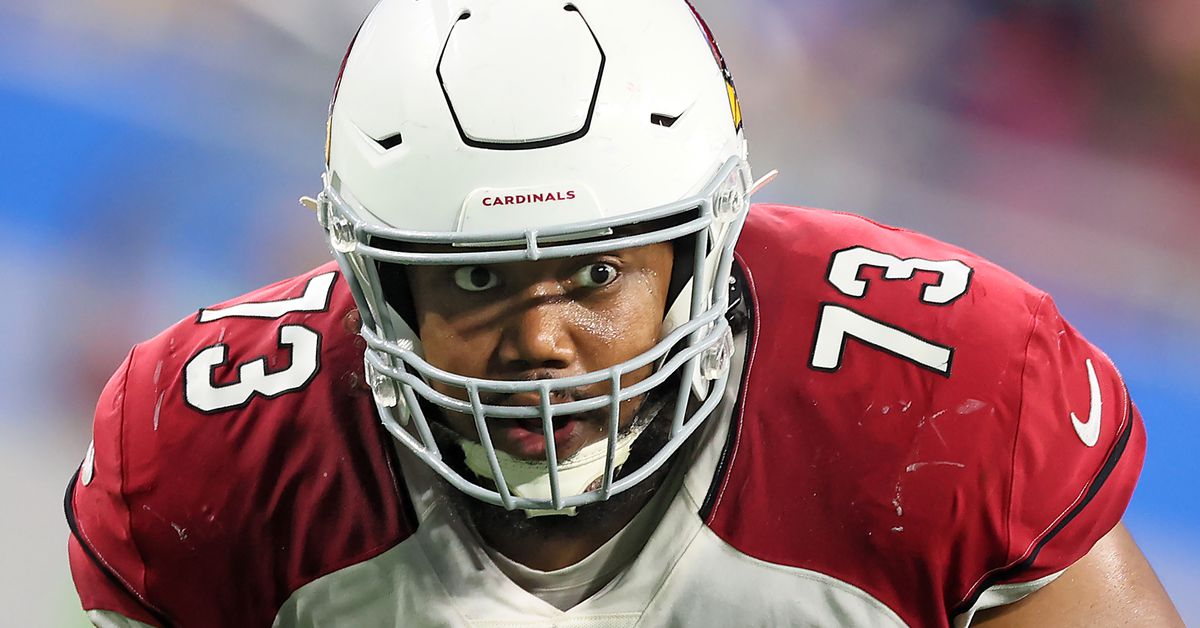 Offensive lineman Max Garcia, who has started 52 of 93 regular-season games, is signing with the New York Giants, per NFL insider Jordan Schultz.

Garcia, 30, has primarily played left and right guard in a seven-year career with the Denver Broncos and Arizona Cardinals. He played center last season with Arizona for the first time, logging 297 of his 864 offensive snaps at that spot. Garcia started 11 games in 2021, logging an overall Pro Football Focus grade of 54.3.

Garcia was a fourth-round pick by the Cardinals in 2015.

The only bigger contract in that group was a three-year, $18.3 million deal given to Glowinski.

Before the report of this signing, Over The Cap showed the Giants with only $1.255 million in salary cap space.

As of now, the Giants offensive line likely looks something like this: