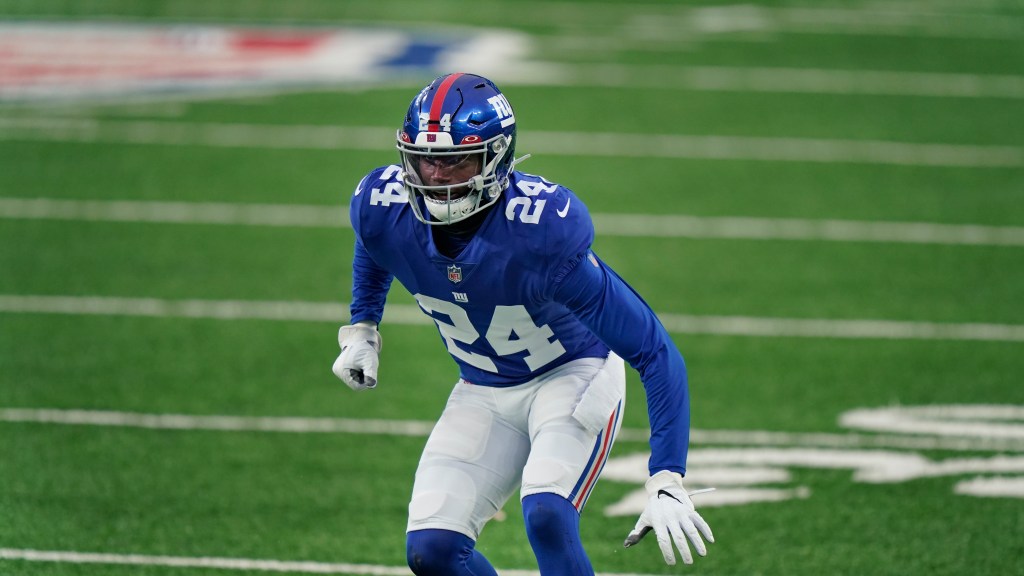 The New York Giants have intended to trade cornerback James Bradberry since the onset of free agency and now it’s finally going to happen.

Despite an unexpectedly dry market, Pat Leonard of the New York Daily News reports that the Giants are close to finalizing a trade of Bradberry. And in addition to the Kansas City Chiefs, the Houston Texans and Indianapolis Colts are also in play.

GM Joe Schoen is expected to unload the team’s best defensive back soon, according to league sources here at The Breakers luxury resort in Palm Beach, Fla.

The Houston Texans, Kansas City Chiefs and Indianapolis Colts are teams to watch in a Bradberry trade, sources say.

What the Giants get in return for Bradberry remains to be seen, but the involvement of three teams can only help improve New York’s eventual haul.

Still, the Giants aren’t necessarily pleased to have to trade Bradberry. While speaking at the NFL owners meetings in Florida on Sunday, co-owner John Mara praised the veteran and admitted his departure would “hurt.”

“That would hurt because he’s been a very good player and he’s been a consummate professional for us,” Mara told reporters. “But the cap situation is what it is. So we’d have to consider all options there.”

If Bradberry is traded in the coming days, it will mark the second veteran departure from the secondary this month. The team had previously released safety Logan Ryan, eating a ton of dead cap in the process.

“It was a decision that Brian and Joe made, they decided they wanted to move on so I wasn’t gonna block it,” Mara said. “I was sorry to see him go. I thought he was a good player who did some great thigs for our community. But if our head coach and general manager make a football decision, I’m not gonna block it.”

With needs at both cornerback and safety, keep an eye on Ahmad “Sauce” Gardner and Kyle Hamilton when the Giants come up at No. 5 and No. 7 in the 2022 NFL draft.