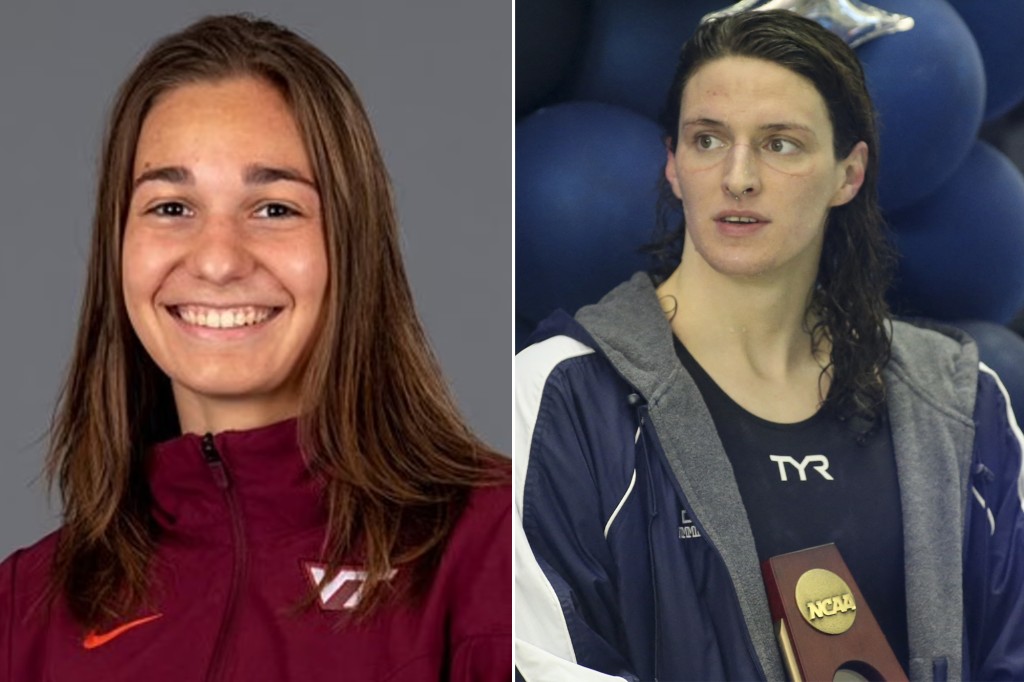 A Virginia Tech swimmer blasted the NCAA over its rule allowing transgender women to compete against biological women after she came up short in a championship qualifying race that was dominated by University of Pennsylvania transgender swimmer Lia Thomas.

Reka Gyorgy leveled the criticism in a post to her private Instagram account after missing the cut on Thursday to compete in the finals of the 500 free at the NCAA Championships, Fox News reported.

“It doesn’t promote our sport in a good way and I think it is disrespectful against the biologically female swimmers who are competing in the NCAA,” Gyorgy said of the rule that has received considerable scrutiny since Thomas has smashed records in her first season competing at the collegiate level as a transgender woman.

Gyorgy also placed blame on Thomas for her failure to qualify for the finals race and said she felt the last spot to get into the final consolation was taken from her “because of the NCAA’s decision to let someone who is not a biological female compete.”

Thomas finished with a 4:33.82 in the preliminaries and ultimately took home the national women’s 500 free title when she won the finals race with a time of 4:33.24.

“I’d like to point out that I respect and fully stand with Lia Thomas; I am convinced that she is no different than me or any other D1 swimmer who has woken up at 5 am her entire life for morning practice,” wrote Gyorgy.

“On the other hand, I would like to critique the NCAA rules that allow her to compete against us, who are biologically women.”

Gyorgy has swam for the Hokies for the past five years and represented her home country of Hungary in the 2016 Olympics in Rio de Janeiro.

“I know you could say I had the opportunity to swim faster and make the top 16, but this situation makes it a bit different and I can’t help but be angry or sad. It hurts me, my team and other women in the pool,” wrote Gyorgy.

“One spot was taken away from the girl who got 9th in the 500 free and didn’t make it back to the A final preventing her from being an All-American. Every event that transgender athletes competed in was one spot taken away from biological females throughout the meet.”

The two-time NACC champion and two-time All-American swimmer said the NCAA “knew what was coming this past week,” criticizing the media frenzy the organization caused by not addressing the issue.

“It is the result of the NCAA and their lack of interest in protecting their athletes. I ask the NCAA takes time to think about all the other biological women in swimming, try to think how they would feel if they would be in our shoes. Make the right changes for our sport and for a better future in swimming,” Gyorgy concluded.

The NCAA did not immediately respond to The Post’s request for comment.

Thomas has faced some backlash with a number of organizations and athletes questioning the fairness of a swimmer who was born as a biological male competing against women.

The NCAA made new regulations about transgender athletes earlier this season, and essentially left eligibility up to individual sports.