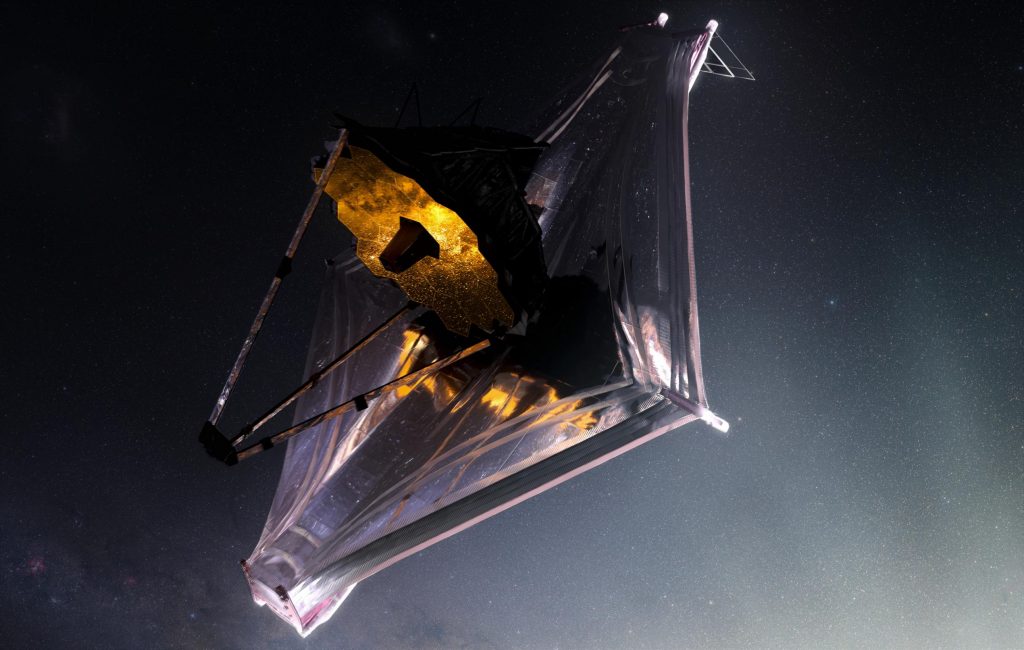 NASA says that the nascent James Webb Space Telescope’s (JWST) “optical performance…continues to be better than the…most optimistic predictions” after completing the alignment of its record-breaking mirror.

Between 7 and 14 years behind schedule and over budget by a factor of 2 to 10, an Arianespace Ariane 5 rocket sent the Webb Telescope on its way to deep space on December 25th, 2021. Weighing 6.2 tons (~13,600 lb), JWST was almost half as heavy at liftoff as NASA’s iconic Hubble Space Telescope despite packing an unprecedented origami-like mirror with more than six times Hubble’s total collecting area. The combination of extreme mass reduction and extraordinary complexity required to launch such a large mirror so far from Earth with a rocket like Ariane 5 helps to partially explain why the Webb Telescope took so long (~18 years) and cost so much (~$9.7 billion ) to design, develop, and build.

Nevertheless, launch it finally did. Ariane 5 did most of the work, sending the telescope on a trajectory that – with some help from its onboard thrusters – would guide it to the Sun-Earth L2 Lagrange point located some 1.5 million kilometers (~950,000 miles) from Earth. In perhaps the largest relief in the history of space-based observatories, the Webb Telescope’s immensely complex deployment process was then completed without a single major issue. 30 days after liftoff, the telescope – fully deployed – reached its operational orbit.

For the past four months, in comparison, almost all JWST work has focused on the less visible and far smaller processes of alignment and calibration. Each of JWST’s 18 main mirror segments has slowly but surely inched micrometer by micrometer into position while large swaths of the telescope slowly cooled to ambient temperatures – essential for maximum performance. Simultaneously, all of Webb’s primary instruments have achieved first light and entered the early phases of calibration and commissioning. Only after the instruments are painstakingly calibrated, the mirror is perfectly aligned, and crucial hardware is chilled to temperatures as low as -449°F (-267°C) can Webb begin to observe the universe and revolutionize large subsets of space science.

The first and most important step – mirror alignment – ​​is now complete. The alignment process began in February 2022, six weeks after liftoff. First, images were captured with the unaligned mirror to help determine exactly what condition it was in. One by one, each of Webb’s 18 mirror segments were individually moved to determine which image each mirror was responsible for, which then allowed ground controllers to properly focus each mirror’s view of a target star. In a process known as “coarse phasing,” once those 18 points of light well-resolved and linked to a specific mirror segment, the segments were gradually steered on top of each other to produce a single image.

“Coarse” heavily undersells the almost unfathomable precision required to complete the step. To reach its full potential, each of the Webb Telescope’s mirror segments must be aligned to within 50 nanometers of each other. According to NASA, “if the Webb primary mirror were the size of the United States, each segment would be the size of Texas, and the team would need to line the height of those Texas-sized segments up with each other to an accuracy of about 1.5 inches.”

Fine phasing followed, involving an even more esoteric set of processes designed to focus the mirror as perfectly as possible. The resulting image was then tweaked to properly align it over the field of view of each of the Webb Telescope’s four main scientific instruments. Finally, some steps of the seven-step alignment process were redone or refined to fully optimize the mirror to the liking of its Earthbound creators and prospective users.

Ultimately, Webb Telescope alignment was extraordinarily successful, producing an image sharper and cleaner than even the “most optimistic predictions” made by its engineers. NASA says that the image is so detailed that it has effectively reached the physical resolution limit for a mirror the size of the Webb Telescope’s, meaning that it would have to violate the known laws of physics to resolve any more detail.

With mirror alignment complete, JWST has just one main hurdle left before science operations can begin: instrument commissioning. Commissioning is a catch-all phrase that covers a wide range of calibration, analysis, experiments, and optimization required to verify that JWST’s four main instruments are behaving as expected and accomplishing the work they were designed to do as accurately and reliably as possible.

At some point, the use of extraordinarily complex scientific instruments becomes more akin to an art form, and some degree of trust must be built up between scientists and their hopeful tools of the trade before they can confidently set chisel to marble and begin delving into the universe at unprecedented breadth and detail. If commissioning proceeds as smoothly as deployment and alignment, the JWST team could be ready to capture and share the telescope’s first actionable observations of the cosmos as early as July 2022.