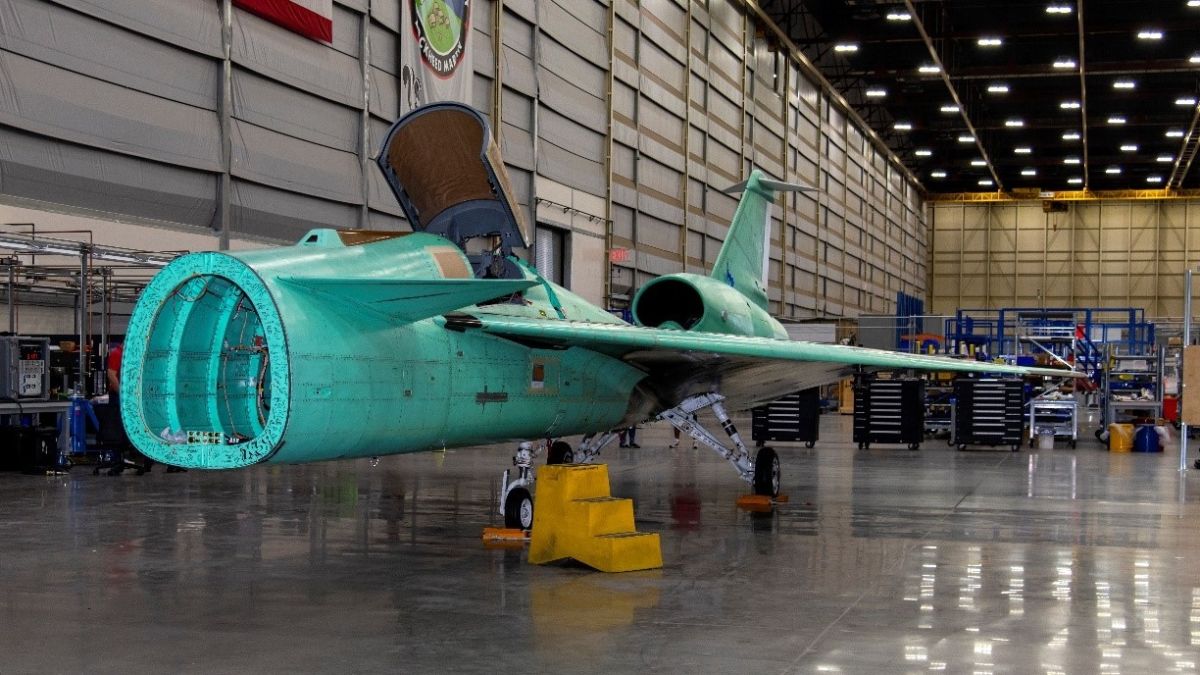 NASA’s new X-59 supersonic jet arrived this month at Lockheed Martin’s Skunk Works facility in Palmdale for assembly, ahead of a flight test expected this year.

The airplane’s last stop had been Fort Worth, Texas, where it was subject to stress tests since December to take advantage of specialized equipment available in the Lone Star State. (The alternative would have been a costly rebuild of the same equipment in Palmdale.)

In pictures: Amazing X-Planes from the X-1 to XV-15

“With its return to California, the X-59 will undergo further ground tests as it approaches full completion of its development and continues to make progress on its way to first flight,” NASA said in an April 18 statement, shortly after the aircraft’s arrival .

The X-59 represents NASA’s latest effort to reduce the sonic booms associated with supersonic planes. While such vehicles move swiftly in the air, the cost is vibrations and noise as the airplanes exceed the speed of sound. At worst, the sound waves may produce damage or shatter glass.

This meant that past supersonic flyers, like the iconic Concorde that retired in 2003 after a generation of service, needed to be very careful about where they flew. Its maximum sound reached 105 decibels, about as loud as a nearby thunderstrike.

By contrast, the X-59, NASA has said previously, should be no more noisy than a car door slamming 20 feet (6 meters) away.

Assuming the flight schedule goes to plan, NASA aims to try its X-59 over communities in the United States starting in 2024.

“NASA’s goal is to collect and provide data to regulators that may finally solve the sonic boom challenge and open the future to commercial supersonic flight over land, reducing flight times drastically,” the agency said in the same statement.