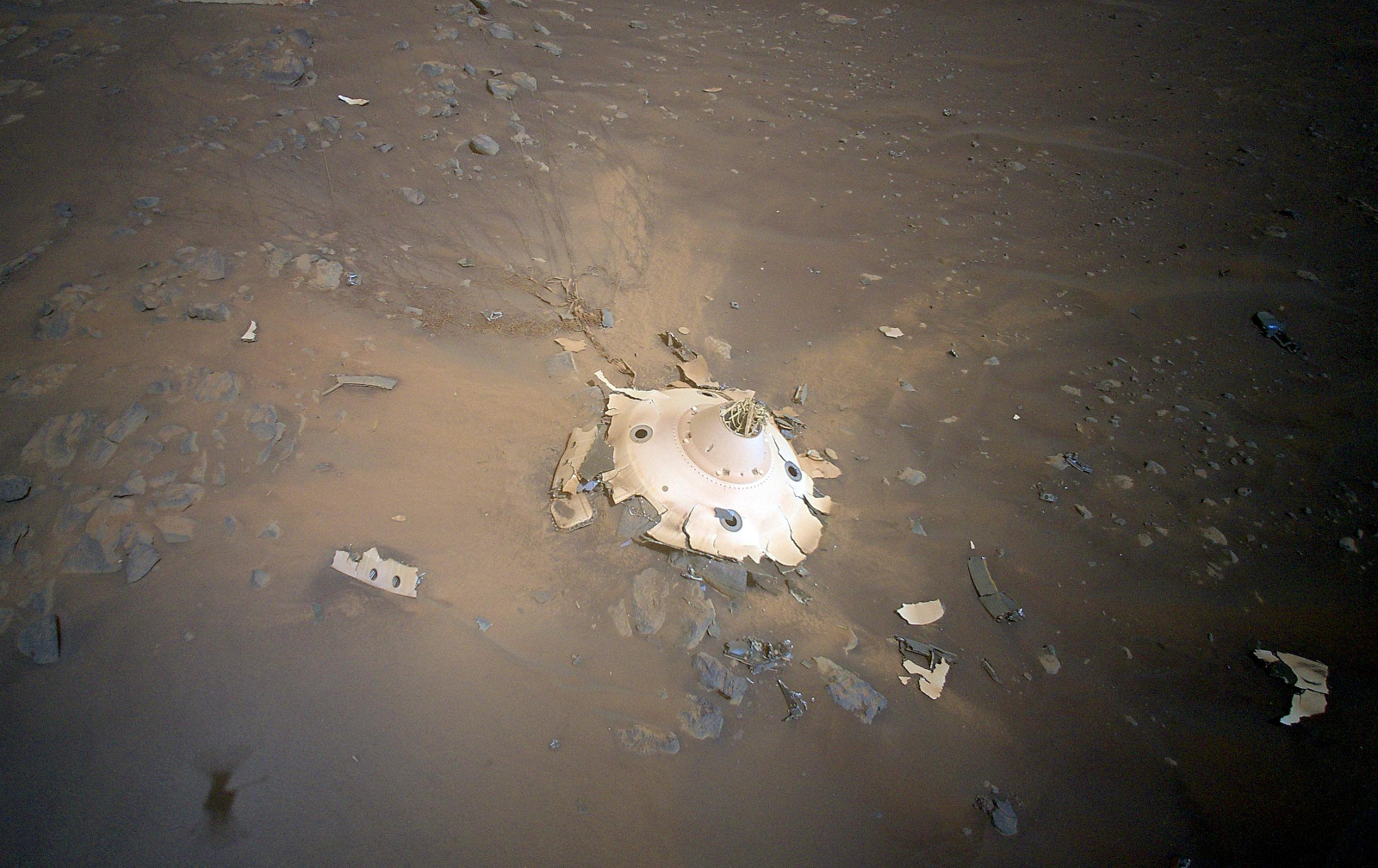 Back in February 2021, the Perseverance rover landed on Martian soil after a seven-month journey. A cone-shaped backshell protected it while traveling in deep space and during its fiery descent, while a parachute with a secret message that says “Dare mighty things” slowed it down enough for a safe landing. Perseverance had to leave those components behind when it started roaming the planet. On April 19th, the rover’s companion helicopter, the Ingenuity, took photos of the debris left on the landing site — and now NASA has shared images showing what it looks like.

JPL’s Ian Clark said Perseverance had the best-documented landing in history so far, but Ingenuity’s photos offer a different perspective that could help ensure safer landing for future spacecraft. That includes the Mars Sample Return Lander mission, which will retrieve the samples Perseverance collects so they could be sent back to Earth for analysis. The program’s engineers were the ones who asked whether Ingenuity can take photos of the debris.

“If [the images] either reinforce that our systems worked as we think they worked or provide even one dataset of engineering information we can use for Mars Sample Return planning, it will be amazing. And if not, the pictures are still phenomenal and inspiring,” Clark explained.

In the photo above, you’ll see what remains of the backshell and the overall result of the spacecraft hitting the surface at 78 mph. NASA notes that the shell’s protective coating remains intact, and so are the suspension lines linking the shell to the parachute that’s now buried in dirt. The agency’s scientists will analyze the images over the next weeks to determine a final verdict, which will likely include information that could aid future missions.

All products recommended by Engadget are selected by our editorial team, independent of our parent company. Some of our stories include affiliate links. If you buy something through one of these links, we may earn an affiliate commission.