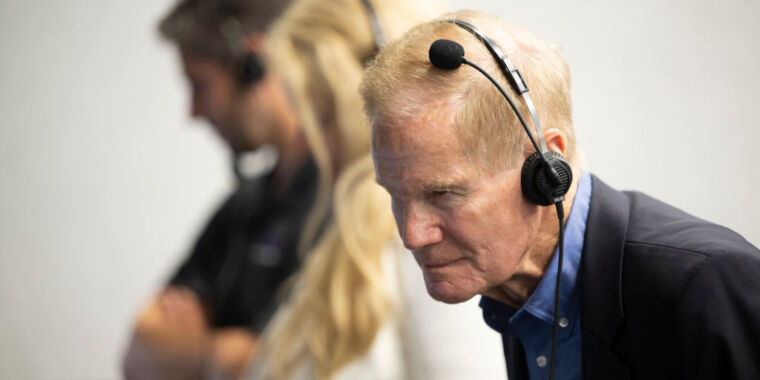 NASA Administrator Bill Nelson appeared before a US Senate Appropriations subcommittee on Tuesday to discuss NASA’s budget request for the upcoming fiscal year. Then, quite unexpectedly, he dropped a bombshell.

After his opening remarks, Nelson was asked what, in his opinion, was the biggest threat to NASA’s goal of landing humans on the Moon by 2025. Nelson responded that the agency needed competition in its program to develop a Human Landing System. In other words, he wanted Congress to support NASA’s request for funding to develop a second lander alongside SpaceX’s Starship vehicle.

But Nelson didn’t stop there. He said Congress needs to fund this lander contract with a fixed-price award, which only pays companies when they reach milestones. This contracting mechanism is relatively new for the space agency, which traditionally has used “cost-plus” contracts for large development programs. Such awards pay contractors their expenses, plus a fee.

“I believe that that is the plan that can bring us all the value of competition,” Nelson said of fixed-price contracts. “You get it done with that competitive spirit. You get it done cheaper, and that allows us to move away from what has been a plague on us in the past, which is a cost-plus contract, and move to an existing contractual price .”

This comment was all the most remarkable coming from Nelson, a former senator, speaking to his one-time colleagues on the Commerce, Justice, Science, and Related Agencies Subcommittee. When he was a US senator, Nelson was a key architect of the Space Launch System rocket, which has been funded by a series of lucrative cost-plus contracts since 2011.

The project has since become a bloated mess. Development of the SLS rocket has now taken 11 years, and including ground systems, it has racked up more than $20 billion in cost-plus awards for contractors. When policymakers first announced the SLS rocket, they pushed back on the idea that it was a program to keep shuttle contractors gainfully employed. Rather, they argued that because the SLS used “heritage hardware,” such as the main engines from the space shuttle and similar side-mounted boosters, development would be faster and less expensive.

The reverse has been true. Nevertheless, following in the wake of Nelson and Sen. Kay Bailey Hutchison, a generation of US senators and representatives has gone along with these expensive programs because they provide jobs in all 50 states.

Now, though, Nelson seems to have had a change of heart. Since his appointment to become the space agency’s administrator in early 2021, Nelson has observed that SpaceX has launched five Crew Dragon human spaceflight missions, three of which carried NASA astronauts to the International Space Station. During the same time frame, he has seen the debut launch date of the SLS rocket slip from late 2021 to early 2022 to now late summer or fall 2022 at the earliest.

Congress has long been critical of NASA’s Commercial Crew Program, which supported the development of Crew Dragon and Boeing’s Starliner spacecraft with fixed-price contracts. But the results are now hard to dismiss. For approximately the same amount that NASA has spent annually on SLS rocket development, NASA was able to support the development of the Crew Dragon vehicle and purchase a total of six missions to the space station. The success of Crew Dragon has also come at an opportune time—while Russia threatens to withhold participation on the space station, NASA has independent transportation.

“The old way to do things was always cost plus,” Nelson said later during Tuesday’s hearing. “And because of the competition that we’ve been talking about, we have been moving to the fixed price.”

Nelson clearly has had a significant change of heart regarding the use of cost-plus contracting for NASA’s development programs. Whether Congress will ultimately go along with this is unknown, but it would be difficult to find a better messenger for NASA than Nelson, who can articulate to his former colleagues why he has changed his mind.

He can also explain why the cost-plus contracts he helped engineer for the Orion spacecraft and SLS rocket should be the last.