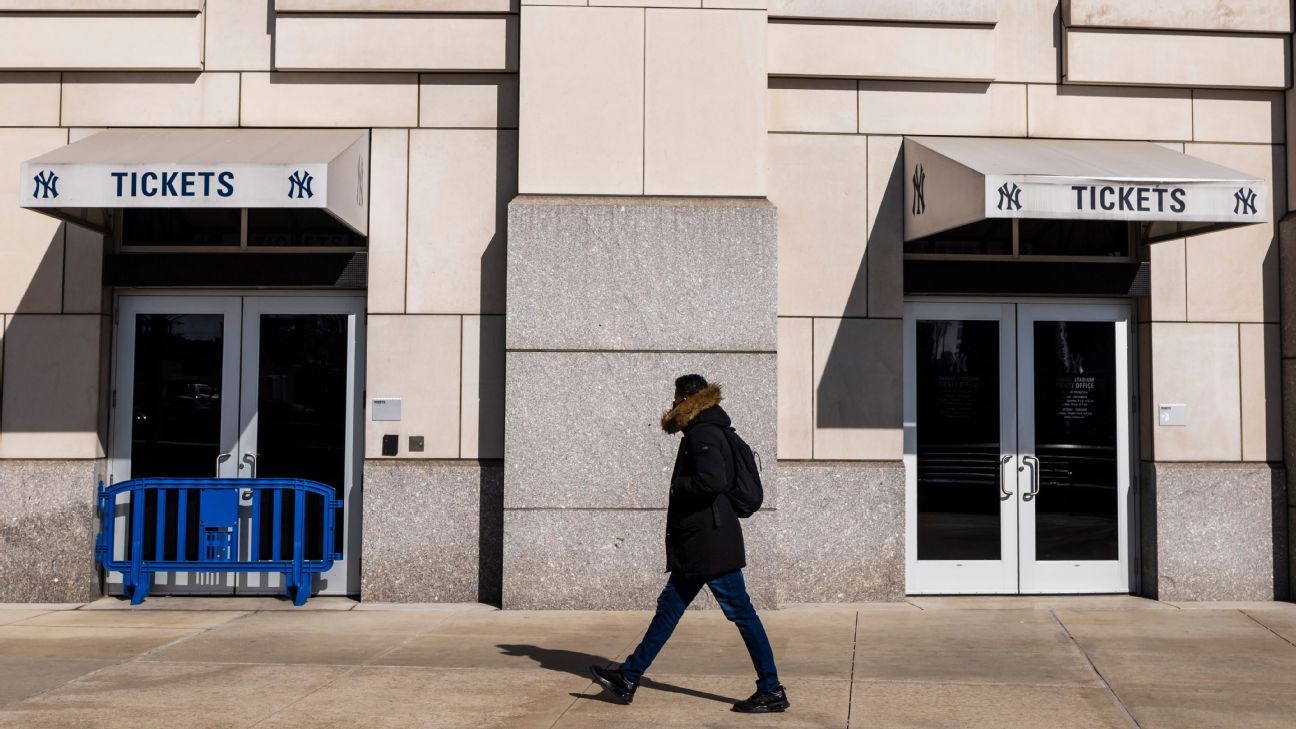 Major League Baseball and the MLB Players Association plan to pick up talks on a new collective bargaining agreement Wednesday morning after deep-into-the-night discussions produced enough progress toward a potential deal for the league to put off canceling another batch of regular-season games.

Nearly 17 hours of bargaining starting Tuesday morning and ending past 3 am ET yielded some breakthroughs on the 97th day of MLB’s lockout, but the union requested to reconvene with player leaders Wednesday before responding to the league’s proposal, according to an MLB official.

MLB had threatened to cancel the season’s second week, an act that could have grave consequences at a particularly sensitive time in bargaining. The ultimatum from the league, which locked out players Dec. 2, was simple: With a new basic agreement, players would report to spring training sites this week, free agency would reopen, and following a shortened spring training, a 162-game season that offered players full pay and service time would begin.

Players spent hours Tuesday night and Wednesday morning discussing the league’s request for an international draft, a subject the union has in past negotiations rejected and that does not have significant support from a rank-and-file with nearly one-third from Latin American countries. Additionally, players continued to balk at the league’s latest offer on the competitive-balance tax, which would start at $230 million in 2022 and end at $242 million in 2026, sources said.

Other proposed deal points imbued hope around the game Tuesday that an agreement to save a 162-game season and prevent the parties from descending into even worse labor chaos would materialize. The league had proposed a six-team draft lottery, 12-team postseason and 45-day window for MLB to change on-field rules, all of which matched the union’s previous offer.

Tying the international draft to the removal of direct draft pick compensation — in which teams are penalized a draft choice for signing a top free agent — left the union contemplating the wisdom of overhauling the game’s international system, sources said. The international market, which provides an endless supply of talent, is rife with problems, foremost among them being that children as young as 12 are agreeing to contracts they can’t sign until they’re 16. The league believes a draft would help clean up a system that historically has seen team officials take kickbacks for signing players and trainers give performance-enhancing drugs to teenagers.

The late night resembled eight days earlier, when a 17-hour negotiating session bled into the next day amid a deadline MLB had set to cancel regular-season games. The parties picked up talks hours later, only to see them fall apart before commissioner Rob Manfred canceled the first week of the season.

The MLBPA has said if the league refuses to concede to full pay and service time, it will remove expanded playoffs — a key to a new basic agreement for MLB — from its proposal. With the sides long unable to agree on core economic issues, the potential subtraction of a vital gain for the league and an additional item to bargain for the union — full service time is paramount — would add even more difficulty to discussions.

Service-time considerations are vital to players, who reach salary arbitration after three full years of major league service and free agency after six. Players receive a full year of service if they spend 172 days on a major league roster. There are typically 186 days in a season, and if more than two weeks of the season are canceled, recouping service would become part of any further negotiations.

Had the sides agreed to a deal, the second-longest work stoppage in baseball history would have ended and some semblance of normalcy would have returned after months of fraught negotiations. Now baseball finds itself in its most difficult position yet, with new obstacles to traverse as the game attempts to find its footing among an increasingly displeased fan base.

Talks had ratcheted up Monday, when the league made a proposal that bridged the significant gap in the competitive-balance tax, a key issue as the urgency of the situation crested. Bargaining continued all day Tuesday on a new basic agreement, which governs almost all aspects of the game.

Baseball’s core economics had been front and center in the labor talks before the international draft discussions joined them. While MLB has moved $20 million on the first threshold of the CBT from its 2021 number, the league requested a fourth tier to discourage runaway spending, sources said. Previously, the three thirds of the CBT were from the first threshold to $20 million over, the second from $20 million to $40 million and the third everything over $40 million. The new threshold would penalize teams that exceed the $230 million number by $60 million or more.

Among the league’s other proposals, according to sources:

• A $40 million bonus pool for players who have yet to reach salary arbitration; the union is seeking $75 million

• The shortened window for MLB to unilaterally implement rules changes — among them a pitch clock, ban on defensive shifts and larger bases in the 2023 season

• Player uniforms featuring advertising for the first time, with patches on jerseys and decals on batting helmets

Talks on a new basic agreement began last year and moved slowly leading up to the Dec. 1 expiration of its previous version. The league and union made little progress in the months prior, and Manfred locked out the players just past midnight on Dec. 2. A 43-day gap in negotiations ensued, and by the time the scheduled opening of spring training in mid-February rolled around, the gulfs between the parties’ financial positions were significant enough that the possibility of losing regular-season games grew stronger.

Manfred’s cancellation of Opening Day a week ago roiled players, who, after a 2016 negotiation that led to drastic economic consequences, were intent on making significant financial gains beyond 2022. Player salaries have dropped over the past four seasons despite growing revenues that topped out at an estimated $10.7 billion in 2019. The significant rise in franchise values ​​– which have almost quadrupled over the past two basic agreements — became a rallying cry for players.

At the same time, the league, content with the current economic system, has pushed back on the massive gains players hoped to reap. While the potential guarantees for younger players amount to around $100 million, the game’s uncapped system allows teams to spend less on older players to balance out the added costs.