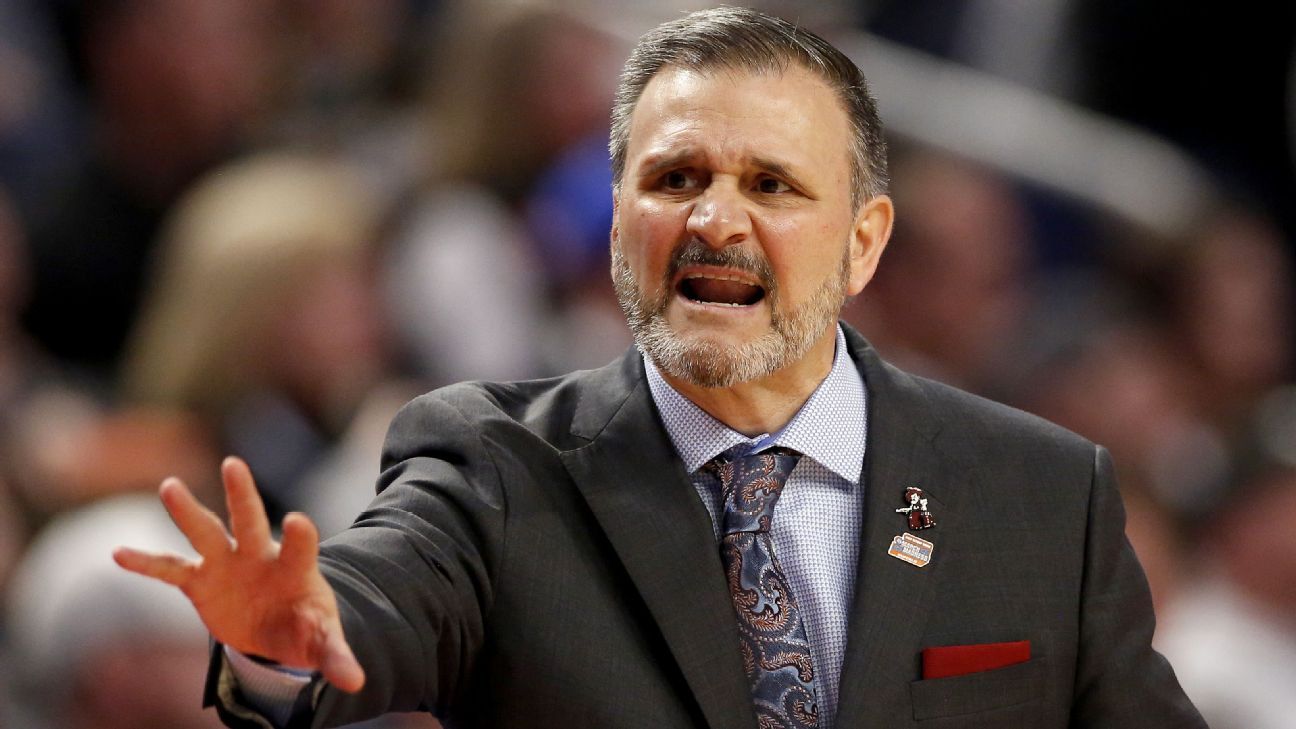 Mississippi State is expected to hire New Mexico State coach Chris Jans as the school’s next men’s basketball coach, sources told ESPN. There’s strong mutual interest, and a deal is expected to be finalized in the near future.

Jans will replace Ben Howland, whom the Bulldogs separated from after he posted 134-98 record but failed to win an NCAA tournament game in his seven seasons in Starkville. Mississippi State last won an NCAA tournament game in 2008, and the deliberate pace of Howland’s teams and his defensive-first style had begun to fall out of favor in the program.

Jans, 52, has been a Division I coach for six seasons, and he has gone 143-44 over five years in Las Cruces and one at Bowling Green. His .765 winning percentage ranks him in the top five in the nation among active coaches.

State officials also saw Jans’ work first-hand, as New Mexico State beat the Bulldogs 58-52 in Jackson, Mississippi, in December 2019. The Aggies exhibited the same type of verve and fearlessness they showed in their upset of UConn and in their 53-48 loss to Arkansas in the second round of the tournament Saturday.

An off-court incident led to Jans’ firing from Bowling Green in April 2015. An email to the school detailed Jans’ inappropriate behavior at a bar that March, which included video of Jans touching a woman’s buttocks. Bowling Green fired him for cause with five years and more than $1.6 million left on his contract.

According to sources, Mississippi State officials built up a comfort level with Jans after two separate background checks and the fact that there have been no reported issues in the seven years since his firing.

A source told ESPN that Mississippi State hired an outside law firm to research all candidates, and that group made calls to administrations, players and former staffers at Bowling Green, Wichita State and New Mexico State. That helped them build comfort with his candidacy.

Mississippi State’s research included speaking to train players at New Mexico State, and they were unanimous in their praise of Jans’ unique ability to maximize talent, sources said. Mississippi State officials were attracted to Jans’ toughness, but their research found him to be fair and players always found that Jans had their back.

One of the factors that attracted Mississippi State officials to Jans is his background in junior college and at Bowling Green and New Mexico State, which prepared him well for modern college basketball and the portal era. He made three NCAA tournaments and won four regular-season titles in five seasons at New Mexico with significant roster churn thanks to transfers and junior college players.

Jans also had a stint as an assistant coach at Wichita State during the Shockers’ undefeated 2013-14 regular season. Jans also won a Division II junior college national championship as the head coach at Kirkwood in 1998, one of four junior college head-coaching jobs he has held.