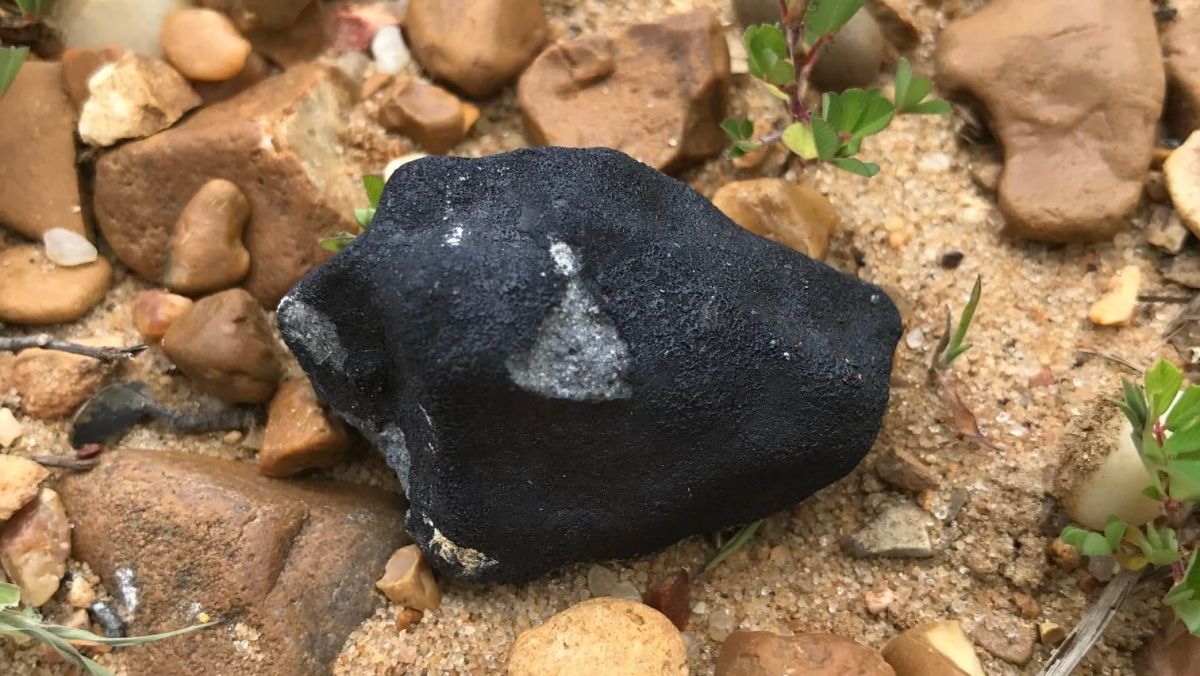 Meteorites are turning up in Mississippi following a fireball over the state on April 27.

Linda Welzenbach-Fries was among the people on the ground who spotted the rocks originating from a small body in space, while accompanying her husband Marc Fries, a meteorite expert at NASA Johnson Space Center’s astromaterials branch.

“Marc and I, along with a host of scientists from around the country, will be studying these rocks over the next months,” Welzenbach-Fries, a science writer at Rice University in Texas, told Space.com by email. The husband-wife duo made the first two official finds of at least three confirmed in the region.

The pair started their hunt along Highway 84, where many of the meteorites appear to have fell based on radar data. While the short grass was filled with “road gators” kicked up by cars, Welzenbach-Fries found a likely candidate and her “whoops” of excitement brought over her husband, who confirmed the find.

“There is no mistaking a meteorite when you do finally spot one,” she said. Fries found his own space rock a couple of hours later, not too far from the first. Both finds were made on Saturday (April 30) and Welzenbach-Fries shared photos with NASA, which has been tracking the aftermath of the event.

NASA has asked any meteorite hunters in the region to ask permission of landowners before undertaking a search, and not to send in any samples to the space agency for confirmation. (In general, local natural history museums or scientists may be able to assist, depending on the region.)

The agency said finds have been confirmed “east of Natchez,” but said it would disclose no further details on where those were tracked down.

“Existing law states that any meteorites belong to the owner of the property on which they fell; out of respect for the privacy of those in the area, we will not disclose the locations of these finds,” NASA’s Meteor Watch group stated on Facebook.

Bill Cooke, lead of NASA’s Meteoroid Environments Office, said the bright flash was so vivid that it was “one of the better signals” spotted on the Geostationary Lightning Mapper on the National Oceanic and Atmospheric Administration’s GOES-17 weather satellite, which monitors Western Hemisphere storms from space.

“We don’t have enough data at this time to nail down a precise trajectory that’s good enough to derive an orbit, but that may change in the future,” he said. “Whenever you have a meteorite fall, a lot of people like scrounging up as much data as possible.”

While scientists haven’t yet got their hands on the samples, Cooke said the pictures show it appears to be an ordinary chondrite meteorite. Confirmation based on lab tests generally takes several weeks at least to achieve.

This is the fifth confirmed meteorite fall in Mississippi, according to a database maintained by The Meteoritical Society, Cooke said.