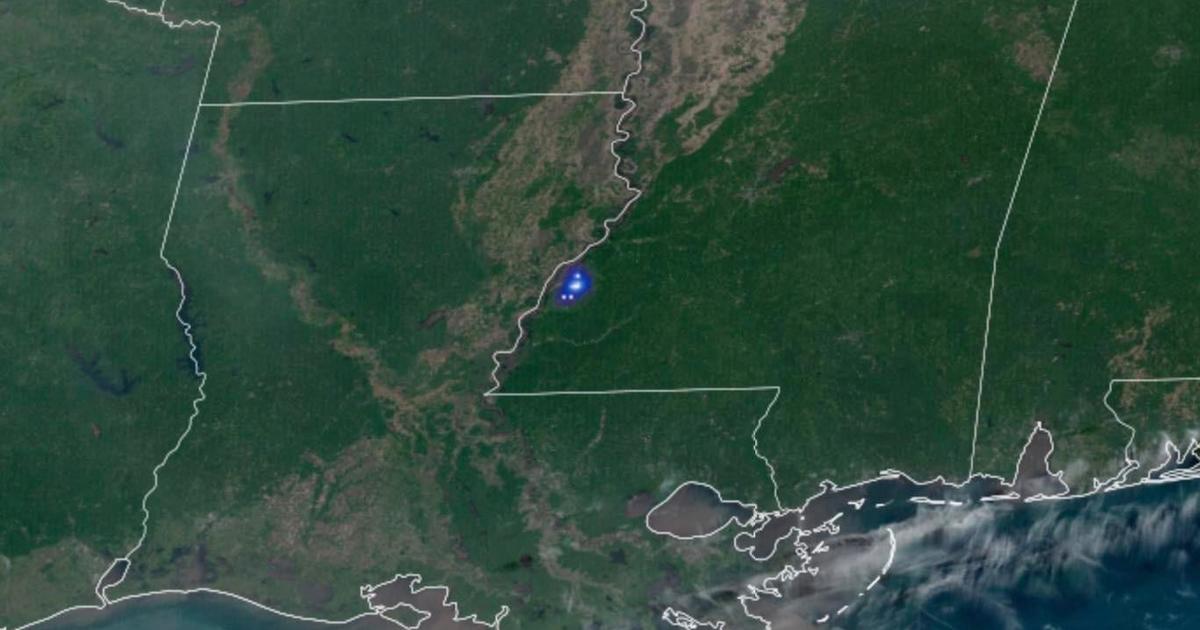 It was first spotted 54 miles above the Mississippi River, near Alcorn, Mississippi, officials said.

“This is one of the nicer events I have seen in the GLM (Geostationary Lightning Mappers) data,” said Bill Cooke, lead of NASA’s Meteoroid Environments Office at Marshall Space Flight Center in Huntsville, Alabama.

The Mississippi Emergency Management Agency posted a satellite image on Facebook along with NASA’s confirmation. The agency said that the fireball caused no injuries or property damage and that it ran parallel to the Mississippi River.

The object, which scientists called a bolide, moved southwest at a speed of 55,000 miles per hour, breaking into pieces as it descended deeper into Earth’s atmosphere. It disintegrated about 34 miles above a swampy area north of the unincorporated Concordia Parish community of Minorca in Louisiana.

One witness told the Vicksburg Post that she heard a loud noise and then looked up and saw an “orange fireball the size of a basketball, with a white tail behind it,” heading west toward the Mississippi River.

The Claiborne County Emergency Management Agency posted a statement on Facebook confirming the reports and noting that Grand Gulf Nuclear Station was not involved.

“Citizens of Claiborne County, local officials are aware of the loud sound that was heard throughout the county,” the post read. “Grand Gulf Nuclear Station was not involved in this occurrence and the site is secure. … There is no threat to the county and no action is to be taken.”

The fragmentation of the fireball generated enough energy to create shockwaves that spread to the ground, producing the booms and vibrations felt by people in the area, NASA said.

At its peak, the fireball was more than 10 times brighter than a full moon, NASA said.

“What struck me as unusual was how few eyewitness reports we had given the skies were so clear,” said Cooke. “More people heard it than saw it.”

Fireballs are bright meteors categorized as brighter than the planet Venus, according to the American Meteor Society, a nonprofit that monitors meteors.