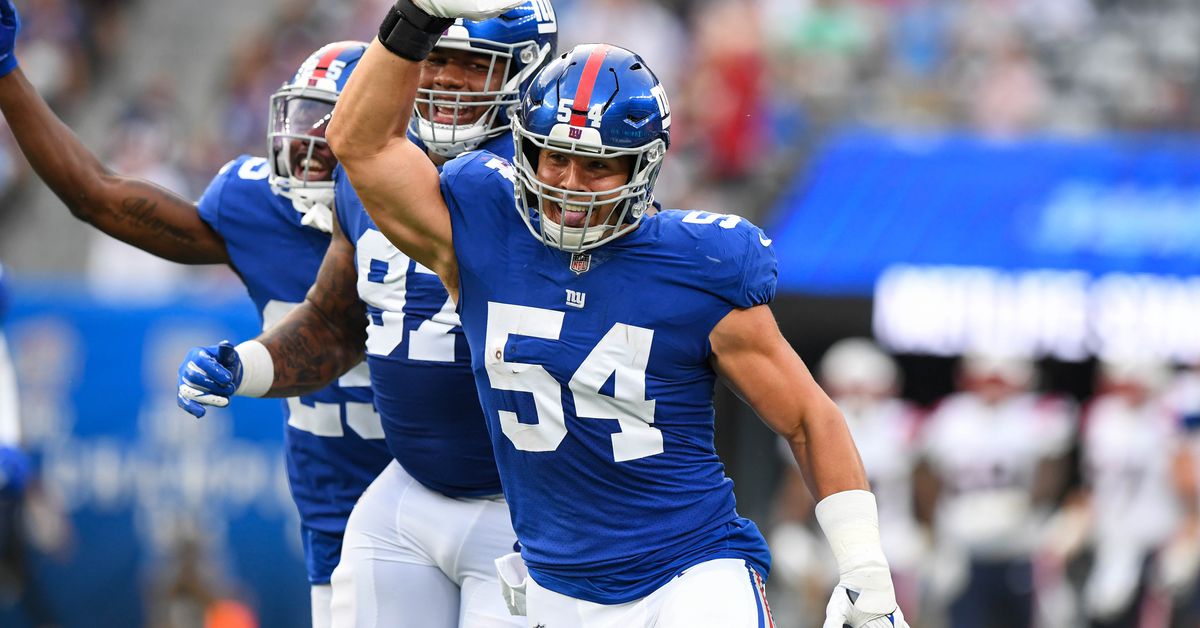 The New York Giants are likely to have many more salary cap casualties in the coming days, but Blake Martinez will not be one of them.

The seventh-year linebacker and team captain has agreed to restructure his contract to remain in New York, Jordan Schultz reports.

LB Blake Martinez has restructured his contract to remain with the #Giants in 2022, per source. Martinez led the league in tackles in 2017 and has been a key staple for the GMen defensively.

Martinez was slated to have a salary cap hit of $14.025 million in 2022, per OvertheCap. Releasing him would have saved $8.525 million but left the Giants with $5.5 million in dead money.

The Giants signed Martinez to a three-year contract in 2020, and he quickly became an integral part of their defense. He led the team that year with 151 tackles, 57 more than anyone else on the roster.

Martinez played only three games and recorded 21 tackles last year before tearing his ACL in a Week 3 loss against the Atlanta Falcons.

The announcement comes just a day after Sterling Shepard also reworked his contract to a team-friendly deal. With the Giants still needing to clear up salary cap space, James Bradberry remains a prime candidate for a trade or move of some sort.