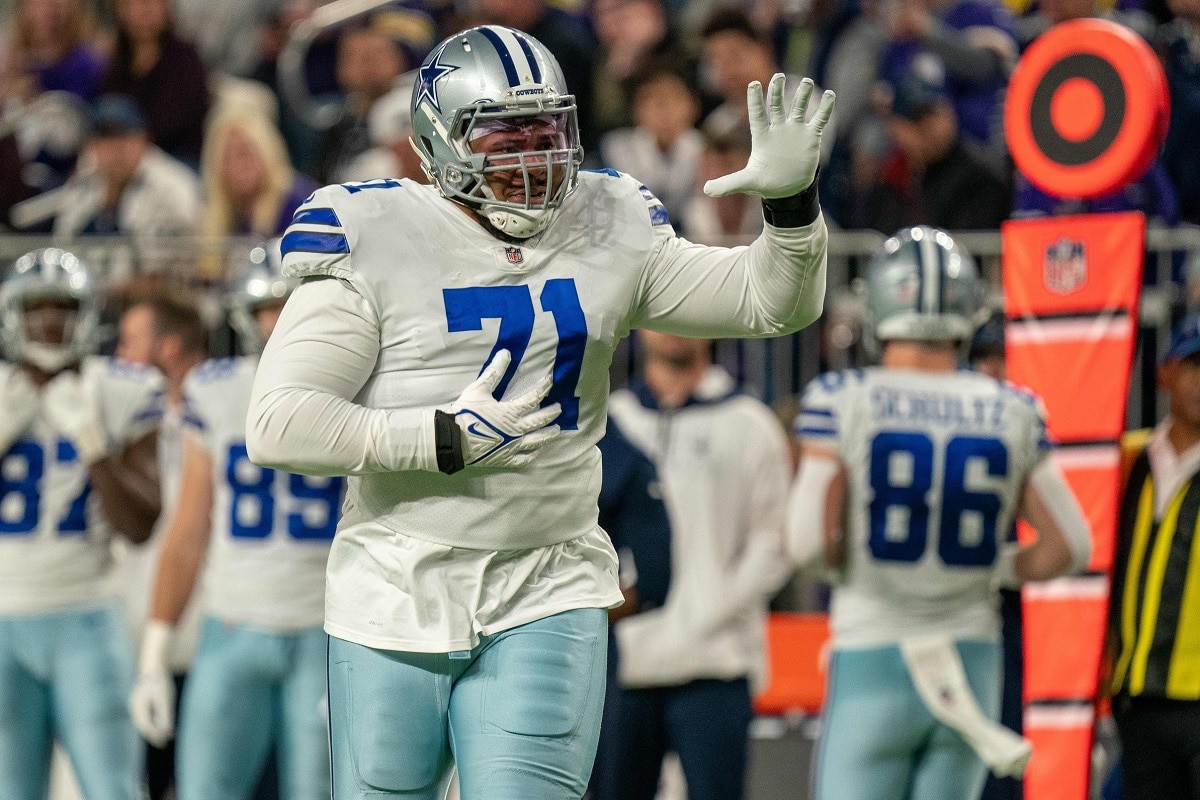 The Dallas Cowboys are forced to make some difficult financial decisions this offseason. That appears to include cutting loose two of their better offensive players. Already it is common knowledge they will likely release wide receiver, Amari Cooper. According to Ian Rapoport, right tackle La’el Collins is on the trade block. A considerable surprise given how important protecting Dak Prescott is.

For those about to ask the next question, the answer is yes. The Chicago Bears should absolutely pursue this possibility. It isn’t a secret GM Ryan Poles is anxious to find better protection for his young quarterback. Collins was rock solid again in 2021, allowing 20 pressures in 13 games with only two sacks. He is also one of the best run-blocking right tackles in the NFL. He can help the Bears in multiple ways and is still just 28-years old.

Tea #Cowboys are having active trade conversations centered around starting OT La’el Collins, sources say. A mainstay since 2015, Collins is due $10M this coming year and there is interest from other teams.

Compensation will be the key here.

Money won’t be a big issue. Collins carries a $15 million salary cap hit this coming season. While a lot, it won’t go any higher than that over the remaining three years of his contract. If he continues to play at his current level, that number will be a bargain. The Bears can also restructure the deal if they wish or give him a small extension to lower the cap hit. Then it becomes a matter of draft picks.

Trent Williams went for 3rd, and 5th round picks two years ago. Houston feels Duane Brown, and a 5th round pick to Seattle for 2nd and 3rd rounders. Both of them were older than La’el Collins is now, but one must not forget he has never been to a Pro Bowl and dealt with a five-game suspension last year for violating the NFL substance-abuse policy.

Chicago also expanded its inventory of picks with the recent trade of Khalil Mack. They’re better equipped to make a move now if they wish. Both in terms of selections and cap space. It comes down to whether Poles feels the investment is worth it from a long-term perspective.