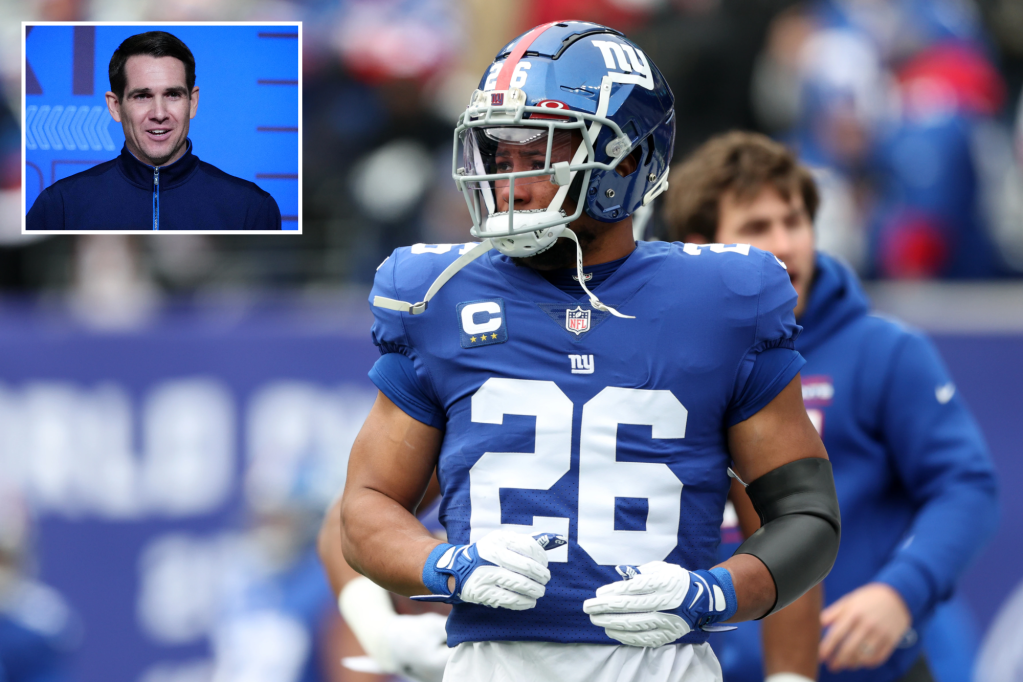 PALM BEACH, Fla. — Joe Schoen immediately put in a call to Saquon Barkley, showing that the first-year general manager understands communication is king when it comes to not allowing anything with his players to fester or be misconstrued.

Last month, Schoen at the NFL Scouting Combine said, “I’m open to everything” when asked about the possibility of trading Barkley. For some, this was (mistakenly) interpreted as Schoen acknowledging he would actively shop Barkley. Sensing this, Schoen connected with the Giants’ running back to set the record straight.

“That was taken a little bit out of context at the combine,” Schoen said Monday at the NFL owners’ meetings. “I have not called one team on Saquon Barkley. Everybody ran with that from the combine, I said I would listen if people called on any players. I would be irresponsible if I didn’t. That doesn’t mean I’m going to do every deal.”

Asked if he has received any calls about Barkley, Schoen said, “I’ve gotten calls about a few of our players and he’s one where a couple of teams have reached out.”

The Giants would save $7.2 million in salary and on the salary cap if they parted ways with Barkley, the No. 2 overall pick in the 2018 NFL Draft.

There is another Giants newcomer who has a stake in whether Barkley stays or goes: Brian Daboll.

“We’ve got an offensive head coach,” Schoen said, smiling. “He likes to have as many weapons and toys as he can.”

The Giants have until May 2 to decide if they will pick up the fifth year options on QB Daniel Jones and DL Dexter Lawrence. Schoen said he is looking forward to the start of the offseason program in two weeks, which will give him an opportunity to get to know the players better before making any decisions on their contracts. The Giants are not expected to pick up the option for Jones, which would guarantee him $22.3 million for the 2023 season.

WR Sterling Shepard (Achilles) and LB Blake Martinez (ACL) are rehabbing at the Giants facility. Both veterans accepted large pay cuts to stay on the roster. Martinez was injured three months before Shepard and thus is closer to making a full recovery. Schoen said he hopes both players will be available sometime in August.

“Two guys I really enjoy being around, leaders, busting their butt,” Schoen said.

The news is not as promising for C Nick Gates, who is trying to come back from several leg surgeries.

“Wait and see on that one, we’re still not sure,” Schoen said.

The Giants two weeks ago released S Logan Ryan, who has since signed with the Buccaneers. Parting ways with Ryan was a football move, as it saved the Giants only $775,000 on the salary cap.

“It was the best decision for the New York Giants,” is all Schoen had to say, other than wishing Ryan “nothing but the best.”

The newest member of the offensive line is Max Garcia, who signed a one-year deal. Garcia, 30, has 52 NFL starts on his resume, including 11 last season for the Cardinals. In 2016 and 2017, he was a full-time starter for the Broncos.

Former Giants guard Will Hernandez, a second-round pick in 2018, signed with the Cardinals.