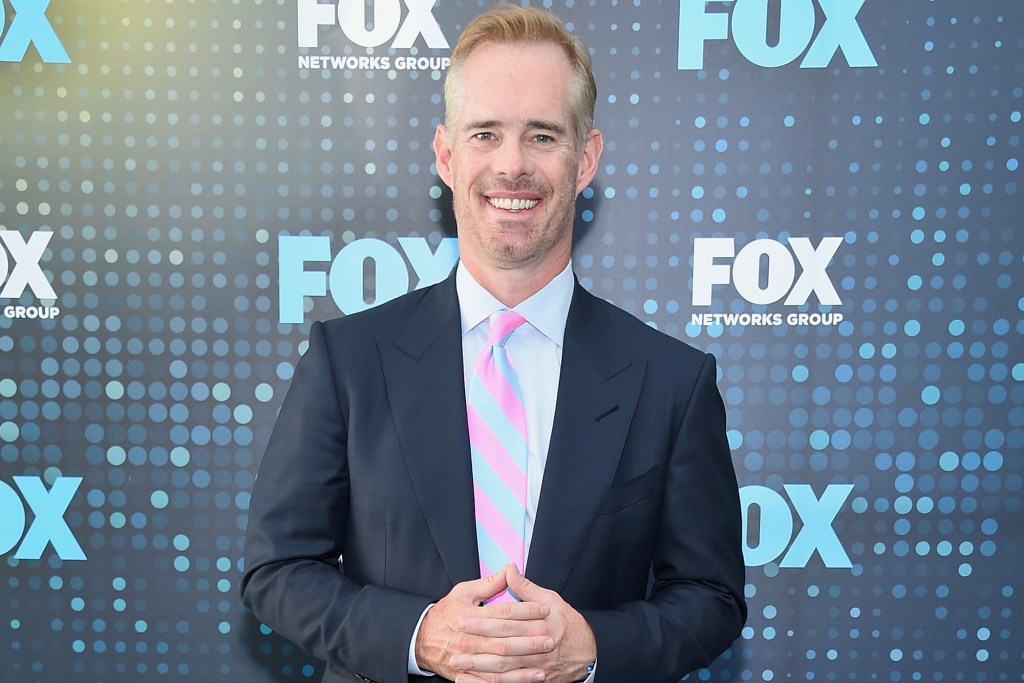 Joe Buck is expected to leave Fox Sports for ESPN, where he will become the voice of “Monday Night Football,” The Post has learned.

Buck, 52, has called the World Series for nearly a quarter century and was Fox’s play-by-player on six Super Bowls.

On Friday, Fox granted Buck permission to talk with ESPN, according to sources. A deal is expected to come to fruition shortly.

With Fox, Buck had one-year at $11 million remaining on his contract. Fox, though, is letting him out early as a good gesture for his years of service to the company. He is expected to sign a contract in the five-year, $60-$75 million range with ESPN, according to sources.

At ESPN, Buck will join his longtime partner Troy Aikman in the MNF booth. The Post previously reported that Aikman left Fox to be MNF’s analyst. Aikman agreed to a five-year, $92.5 million contract, according to sources.

At ESPN, Buck, besides calling “Monday Night Football,” is expected to be involved in producing ESPN+ projects, as well.

Over the last year, ESPN chairman, Jimmy Pitaro, a diehard Yankee fan, has been on a George Steinbrenner-like shopping spree to glamorize the once vaunted MNF booth.

Nearly two weeks ago, The Post reported that ESPN and Aikman agreed to a five-year deal that is for $18.5 million per year. It has not been announced yet.

Prior to last season, Pitaro added Peyton and Eli Manning for 10 alternative MNF broadcasts per season. While the Mannings exact salaries are unknown for their acclaimed Manningcast, it is at least in the Aikman neighborhood. Their agreement, which was recently extended, also includes Omaha Productions, which produces “Peyton’s Places,” and is scheduled to add more alternative broadcasts for other sports. This complicates how to calculate the exact Mannings per game rate.

Nevertheless, the star power of Buck, Aikman and the Mannings will cost ESPN around $50 million per year. ESPN’s main booth the past two years has been Steve Levy, Louis Riddick Jr. and Brian Griese. Griese has already left ESPN to become the quarterback coach with the 49ers.

ESPN wanted Buck and Aikman for its Super Bowl in 2027. The network also feels it now has the star power to attract even better games from the NFL. It comes at a time when the network will be adding games moving from what was 17 to 25 by 2023.

With Buck moving to ESPN, it blocked Al Michaels from possibly joining Aikman there. ESPN planned to consider Michaels if he were unable to lure Buck. ESPN favored Buck over Michaels for this type of outlay as it wanted to have its Super Bowl team for 2027 in place.

Michaels, 77, has been on the one-yard line with Amazon about being the voice of its “Thursday Night Football” coverage. He had wanted to know who his partner would be. Amazon has shown interest in ESPN’s college football analyst Kirk Herbstreit for the job.

Michaels is a free agent because NBC has decided to replace him with Mike Tirico as his lead Sunday Night Football play-by-player. Michaels called the Super Bowl for NBC last month.

Meanwhile, with Buck leaving, Kevin Burkhardt is the internal favorite to be Fox’s lead NFL play-by-player, which is significant on many levels, including because Fox has two of the next three Super Bowls on its air.

While Burkhardt is the favorite, Fox will have internal conversations about if he should pursue Michaels or not. Michaels has called 12 Super Bowls on TV in his career, tied with Pat Summerall for the most ever.

If Fox promotes Burkhardt with Greg Olsen, he could have a Super Bowl broadcast team that is earning $3-$4 million combined. Olsen was a rookie last year, making around $1.7 million, according to sources. They could try to renegotiate, though, they won’t come near the Buck/Aikman range. Buck and Aikman were only able to jump into this salary sphere after Tony Romo’s landmark 10-year, $180 million contract with CBS two years ago.

Buck has been the voice of the World Series for 24 years. Fox will consider Joe Davis and Adam Amin internally, while also looking into ESPN’s Dan Shulman and MLB Network’s Matt Vasgersian externally, according to sources. If Burkhardt is promoted to the No. 1 NFL team, the No. 2 spot will open which Amin, Davis and possibly college football play-by-player Gus Johnson could be considered to occupy.

Buck, 52, started with Fox Sports in 1994 and has been the face of the network. At 25 years old, he was the youngest ever to call the NFL on a full-time basis.

Just two years later, at 27, he was also the youngest play-by-player for the World Series, as he was behind the mic for Fox as rookie Derek Jeter and the Yankees won their dynasty’s first title.

Two decades ago, in 2002, he, Aikman and Cris Collinsworth succeeded Summerall and John Madden. They were together for three seasons before Collinsworth left for NBC. In 2020, Buck was named the recipient of the Pro Football Hall of Fame’s Pete Rozelle Radio-Television Award.

Now, he is on the move to ESPN, where the two sides are expected to come to a deal shortly.