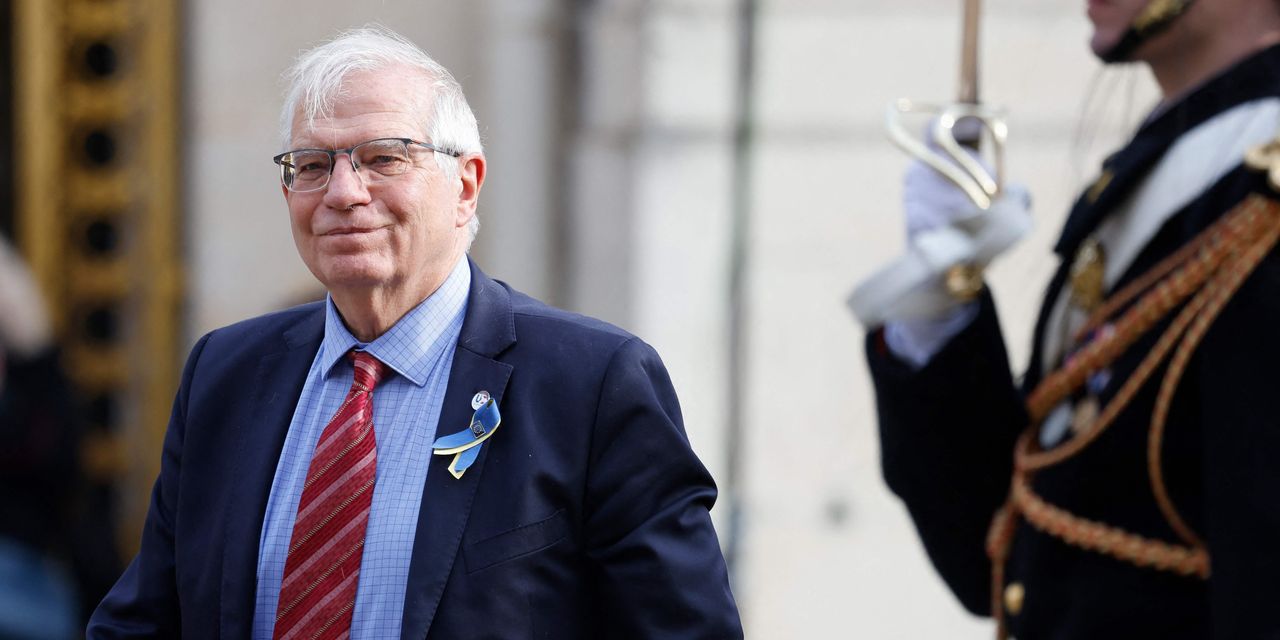 The Iran nuclear talks broke off Friday with no agreement, imperiling negotiations that were advancing toward a deal until Russia upended them with demands that would soften the West’s sanctions on Moscow over the Ukraine invasion.

The talks’ European Union coordinator, Josep Borrell, said Friday he would speak to the US, Iran and other teams “to overcome the current situation and to close the agreement.” Other diplomats said talks could still resume soon.

“A pause in #ViennaTalks is needed, due to external factors,” Mr. Borrell said on Twitter. “A final text is essentially ready and on the table.”

After weeks of round-the-clock negotiations in Vienna between the US, Iran, Russia, China, Britain, France and Germany, the pause significantly raises the prospect that efforts to revive the 2015 nuclear deal may fail. The US quit the deal in 2018 and Iran has since then expanded its nuclear work significantly in response to reimposed American sanctions.

Western diplomats have been warning that while the US and Iran had resolved most of their differences, Russia’s demands and the growing tensions over Ukraine could scuttle the talks.

The talks have focused on the steps the US and Iran would take to return into compliance with the nuclear deal, which lifted most international sanctions on Iran in exchange for tight but temporary restrictions on Tehran’s nuclear work. Iran has until now refused to negotiate directly with the American team and instead has used the other participants, including Russia, as mediators.

US and European negotiators have been warning for weeks that the nuclear talks can’t be further prolonged because of advances in Iran’s nuclear work. Last week, European diplomats pushed for Iran and the US to wrap up imminently, fearing that tensions over Ukraine and the West’s sanctions on Russia were seeing into the talks.

Russian Foreign Minister Sergei Lavrov said last week that guarantees should ensure that if a deal is restored, Western sanctions on Russia over Ukraine don’t “in any way damage our right to free and full trade, economic and investment cooperation and military-technical cooperation ” with Iran.

US and European officials have dismissed Russia’s demands for sanctions guarantees, saying the issue of Ukraine-related sanctions is irrelevant to the Iranian nuclear deal.

A diplomat from one of the European countries negotiating the agreement said “we cannot and we will not negotiate a broad [sanctions] exemption which is a Russian request which has no relation to” the nuclear deal.

The diplomat said he hoped Iran and China could use bilateral channels to persuade Moscow to back down but he warned if Moscow remains an obstacle to the deal “we would have to look at other options” of reviving the nuclear deal without Russia.

An Iran deal would likely help bring down oil prices, which surged to nearly $140 a barrel and remain above $100 a barrel—historically high levels. High oil and gas prices have made it difficult for Western powers to impose one of its most powerful financial tools against Russia: sanctions on its massive energy industry.

“The only thing which I want to tell you…the conclusion of the deal does not depend on Russia only,” he said.

Other negotiators emphasized the progress made over 11½ months of talks and the possibility of returning to Vienna to complete the deal. China’s chief negotiator said the teams could be back in two days.

Iranian officials had blamed Washington for the failure to secure a deal and not Russia, which has been sympathetic to Iran’s negotiating stance. But on Friday, Saeed Khatibzadeh, spokesman for the Iranian Foreign Ministry, appeared to echo concerns that Russia was now blocking the way.

“No external factor will affect our joint will to go forward for a collective agreement,” he said.

People close to the talks say there are still some final differences between Tehran and Washington, including technical issues around exactly how US sanctions on Iran are lifted and potentially around the sequence of steps from each side to revive the deal.

However, Western diplomats say that Tehran and Washington know the shape of a final deal and that only Russia’s stance is preventing final sign-offs.

An EU official said Russia has promised to come back in a few days with specific sanctions-exemption requests. Until then, the official said, “We cannot finalize the negotiation.

“When you are so close to the finishing line and you are stopped by something external not exactly related to the negotiation, yes it’s a sense of frustration,” the official said.

The Russian demands pose a series of problems for Washington in particular.

Negotiations over Russia’s demands will take time that Western diplomats say the negotiations don’t have because of Iran’s advancing nuclear work.

It also isn’t clear at a time of extreme tensions between Moscow and Washington who would be at such talks. The chief US negotiator, Rob Malley, is the Biden administration’s Iranian special envoy but Western officials say the Russian demands fall out of the scope of the nuclear talks.

Russia originally had been pushing for guarantees that its tasks under the nuclear deal would be protected from sanctions. These include a uranium exchange with Iran, a redesign of Iran’s underground nuclear facility at Fordow into a research center, and the provision of fuel to some Iranian reactors.

Moscow has broadened its demands in recent days as tensions surged over Ukraine and powerful new sanctions were imposed on Russia by the US, the UK and Europe.

Write to Laurence Norman at laurence.norman@wsj.com