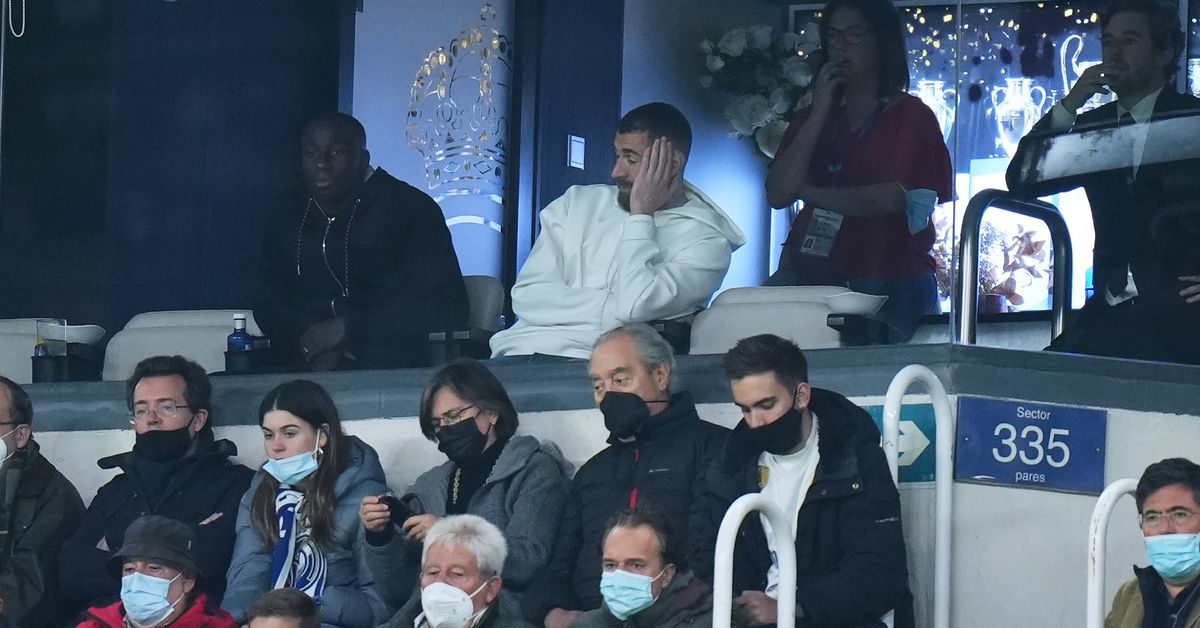 The build up to El Clásico revolved around the team selection and who would have to fill the spaces left behind after the injury ridden win against Mallorca. Karim Benzema hobbled off late on after Ferland Mendy had already been ruled out. It turned out that there would be no direct replacement for Benzema, as Rodrygo Goes and Vinícius Júnior started as a front three apparently joined by Fede Valverde operating wider than usual. The midfield was as strong as ever, but Mendy’s absence was plugged by Nacho Fernández, who captained the side for this big game. Despite being the home side, Madrid were not in their historic white strip today as they sported an all black anniversary special kit. Coupled with Barcelona’s yellow away strip, this would make for a very unusual viewing.

It was wild from the get-go, as Éder Militão put in a crunching tackle during minute one. Barcelona had a positive start, but then Madrid started to look dangerous as Rodrygo zipped a shot wide of the frame. Thibaut Courtois made two world class saves to deny Pierre-Emerick Aubameyang from close range and Ousmane Dembélé from a distance, and from this point the game turned in the worst way possible for the hosts. Barcelona took control, and took advantage of some mass structural confusion exuded by the Real Madrid players. Aubameyang was a constant threat, and forced Courtois into numerous saves, whilst Torres could well have bagged the first goal if not for a great block from Casemiro. The visitors did take the lead when Aubameyang headed home a cross for his first Clásico goal. Vinícius Júnior could have sparked something for Madrid as he sped into the box and drew Marc-André ter Stegen out of goal… Just as he was about to round him however, his shin made contact with the ball and he sent him down. This caused quite the drama as the Brazilian and indeed the crowd thought he had been crowded, but no penalty was ever going to be given. Barcelona then doubled their lead as Vinícius was still arguing with the referee during a corner – and Ronald Araújo headed the ball past Courtois. Madrid continued to fall apart and were lucky to go into half time with the score at just two.

Madrid needed big change, and brought on Eduardo Camavinga and Marinao Díaz at half time. It all went wrong immediately as Torres was in moments into the second, half before shooting wide. This would not matter, as one minute later he made it three – finding the top corner after Barcelona mashed the defense to pieces. The ball was in the net once again as Aubameyang lofted the ball over Courtois, but the offside flag initially appeared to rule out the goal. Much to Madrid’s dismay, this decision was overturned by VAR, and it became 4-0 to Barcelona. Aubameyang then had a chance for a hat-trick, which he fortunately mishit wide, but concern only grew for the home fans for how much worse this might become. Marco Asensio and Lucas Vázquez came on to try and stabilize the play, and it did quiet down for ten minutes or so – but then Dembélé really should have made it five, poking the ball wide after beating his man. David Alaba managed a shot on target for Real Madrid but it was easily saved. Full time 4-0 Barcelona. No words needed.