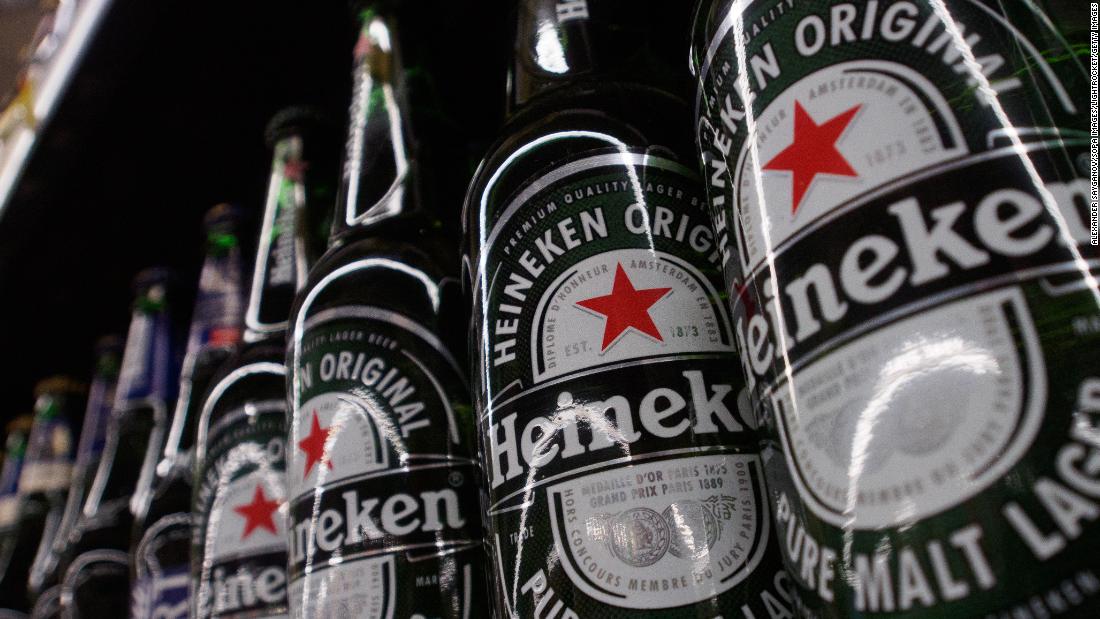 Denmark’s Carlsberg, which has 8,400 employees in Russia, said it was seeking a “full disposal” of its business but would maintain operations at a reduced level “to sustain the livelihoods of these employees and their families” until the sale was complete.

“The war in Ukraine, and the escalating humanitarian and refugee crisis, shocks us all. We continue to strongly condemn the Russian invasion, which has led to so much loss of life, devastation and human tragedy,” Carlsberg CEO Cees ‘t Hart said in a statement.

Carlsberg’s Russia business reported revenue and operating profit of 6.5 billion Danish krone ($958 million) and 682 million krone ($100 million) respectively in 2021. The group said Monday that the disposal would result in a “substantial” impairment charge.

Heineken (HEINY) had already halted new investments and exports to Russia and had stopped the sale, production and advertising of its Heineken brand beer in the country.

“We are shocked and deeply saddened to watch the war in Ukraine continue to unfold and intensify,” the Dutch brewer said in a statement.

The brewer of Moretti and Amstel said it was aiming to transfer the business to a new owner, while complying with Russian and international laws.

“To ensure the ongoing safety and wellbeing of our employees and to minimize the risk of nationalization, we concluded that it is essential that we continue with the recently reduced operations during this transition period,” it added.

The brewer said it will pay salaries to its 1,800 employees in Russia until the end of 2022 and “will do our utmost to safeguard their future employment.”

“Upon completion of the transfer Heineken will no longer have a presence in Russia,” the company said.

Heineken reported in February that its Russian beer volumes had grown by a few percentage points in 2021, driven by stronger demand for Heineken, Miller and Dr Diesel premium brands. It also reported growth for its market leading cider business in Russia.

Dozens of companies across all sectors of the economy have abandoned Russia or frozen their operations there since the invasion on Feb. 24.

rival brewer AB InBev (BUD), the maker of Budweiser and other brands, has said it “requested the controlling shareholder” of its Russia operations to suspend the license for the production and sale of Bud in the country. The company is also “forfeiting all financial benefit” from its joint venture operations. Employees will still be paid.