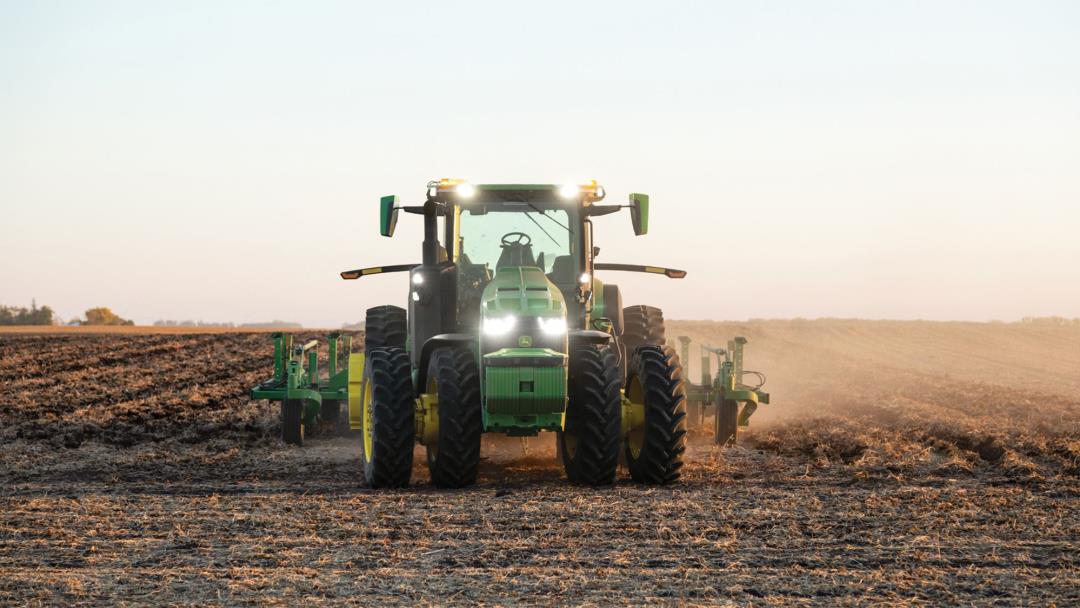 (Newser)
– For years Americans have been told that driverless vehicles were just around the corner. Finally they’re here, but to catch a glimpse, you’ll need to go to a farm rather than a city street, per the AP. Beginning this fall, 14-ton tractors that can plow day or night with no one sitting in the cab, or even watching nearby, will come off the John Deere factory assembly line in Waterloo, Iowa, harkening the age of autonomous farming. The development follows more than a decade-long effort by the world’s largest farm equipment manufacturer, and marks a milestone for automation advocates, who for years have been explaining why driverless cars aren’t quite ready for prime time.

“I’m glad to see they’re coming out and will stimulate the other technologies,” said Raj Rajkumar, a professor at Carnegie Mellon University and an expert in autonomous cars. Deere isn’t saying yet how much the autonomous tractors will cost, but the new technology will be added onto tractors that sell for about $500,000, said Ben Haber, a company spokesman. The company plans to operate the autonomous tractors on 10 to 50 farms by this fall before significantly increasing the number in following years. Modern tractors already have GPS guides that handle steering and turning to ensure optimum plowing, seeding and harvesting.

They also use real-time streams of data to make changes if needed because of soil conditions, the amount of fertilizer applied, or other factors. The autonomous tractor will now let farmers hook up a plow behind a tractor, start the machine with a swipe of a smart phone, and then leave it to rumble up and down a field on its own. The driverless tractors are equipped with six pairs of cameras that work like human eyes and can provide a 360-degree image. When filtered through computer algorithms, the tractor is able to determine where it is in the field and will abruptly stop if there is anything unfamiliar in its path.