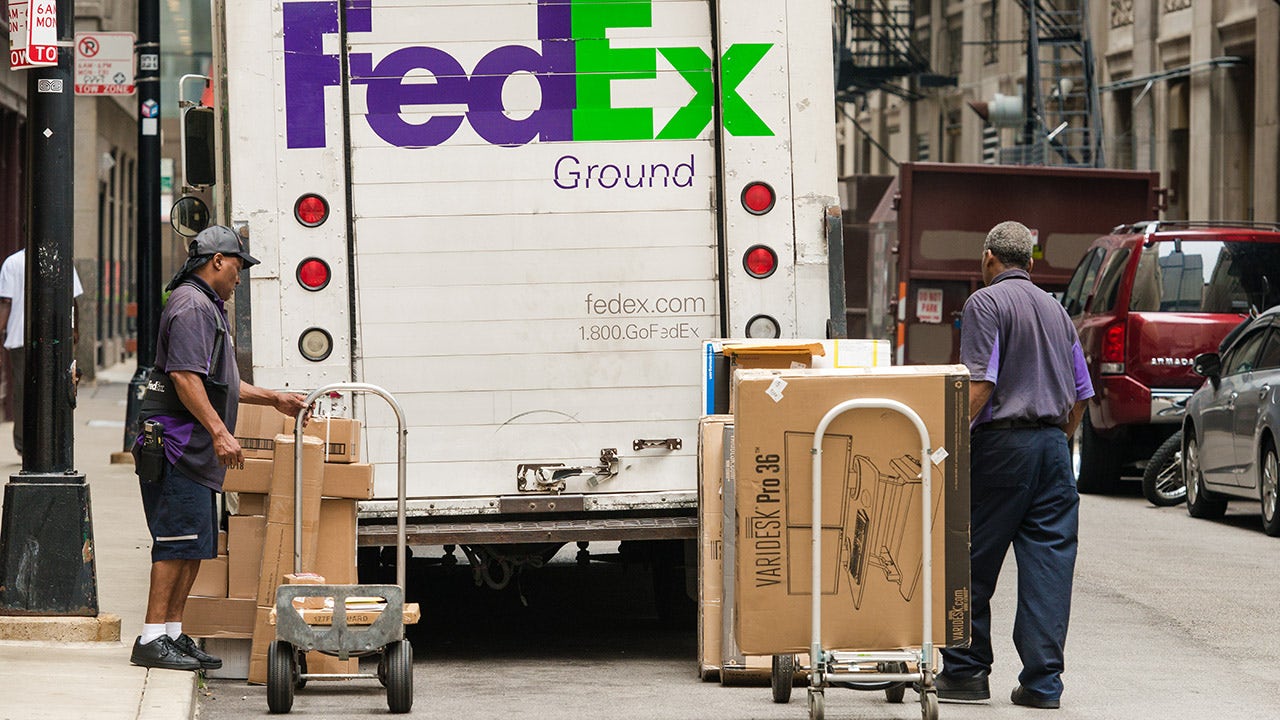 Here are your FOX Business Flash top headlines for March 28.

Smith will become Executive Chairman and Raj Subramaniam will be promoted to President and CEO, the company said.

“FedEx has changed the world by connecting people and possibilities for the last 50 years,” Smith said in a statement. “As we look toward what’s next, I have a great sense of satisfaction that a leader of the caliber of Raj Subramaniam will take FedEx into a very successful future.”

Smith said he will focus on global issues including sustainability, innovation, and public policy.

Subramaniam called Smith a “visionary leader and a legend of the business world.”

A cargo plane is refueled on the tarmac at the FedEx Corp. distribution hub at Los Angeles International Airport (LAX) in Los Angeles, California, US, on Monday, Dec. 15, 2014. (Photographer: Patrick T. Fallon/Bloomberg via Getty Images)

“He founded one of the world’s greatest and most admired companies, and it is my honor and privilege to step into this role and build upon what he has created,” Subramaniam said.

CLICK HERE TO READ FOX BUSINESS ON THE GO

Smith started FedEx in Little Rock, Arkansas in 1971, delivering small parcels and documents more quickly than the post office could. Over the next half-century, he oversaw the growth of a company that combined air and ground service and became something of an economic bellwether because of its service to other companies.

The Associated Press contributed to this report.