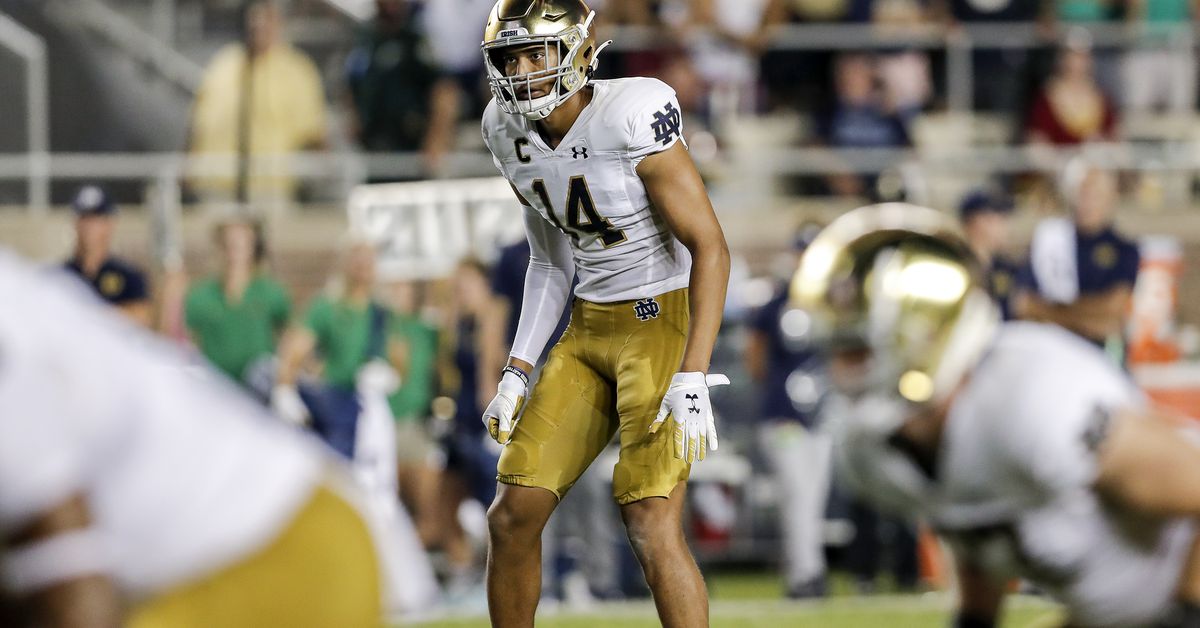 I am changing things up just a bit this week. Instead of using the Pro Football Network mock draft simulator, I am going to use one from NFL Mock Draft Database. Let’s see how much free agency, and a different simulator which will change the Big Board rankings I work from, change the outcome for the New York Giants.

By the way, before I even get started going through the picks here I absolutely know some of you are going to freak with my choice at No. 7. Go ahead and hit me with the positional value argument. I’ll live with that, partially because if you’re making that argument you don’t believe safety is as important as I do.

Offensive tackles Evan Neal and Ikem Ekwonu are the only two players in the draft class I would take at No. 5 before Gardner without even a second thought. They’re gone. I would think about Oregon edge defender Kayvon Thibodeaux in this spot, but he’s also gone.

Notre Dame safety Kyle Hamilton and Mississippi State offensive tackle Charles Cross are worth debating here. The best thing the Giants can do if they can’t get the offensive tackle they would like is to get defensive coordinator Wink Martindale the man-to-man press cornerback his defense needs to thrive. Gardner is the best in the class, and I think this would be a tremendous outcome for the Giants.

Staring at this board I have two of the next three picks. I want two out of three of Sauce Gardner, Kyle Hamilton and Charles Cross. The guy I want the most is Gardner, so I’m taking him here.

As I said, when I was sitting at No. 5 I knew I wanted two out of three between Gardner, Cross and Hamilton. The Panthers took Cross at No. 6. With only two experienced safeties on the current roster, and Hamilton being great value here, I make this pick with no hesitation.

I would love an offensive tackle here, but I’m not selecting OT4 (Trevor Penning) over the player who might be the best pure prospect in the draft class.

Hamilton is a do-everything safety. He play play single-high. He can cover from the slot. He can play in the box. He can blitz. He has ball skills. He has sideline to sideline range. He has terrific instincts to read and react. He is a solid tackler in space. I may not be a trained scout, but I don’t think you need to be to see there is nothing the guy doesn’t do well.

Like I said, I would love to have landed an offensive tackle at 5 or 7, but I’m not passing on a potential game-changing player for Trevor Penning.

There is a good argument for a trade down in this scenario. This time, though, I decided to stand pat and take Hamilton.

Crush me in the comments if you want, but I will stand by this pick.

Faalele, the 6-foot-8, 384-pound mountain of a right tackle, is the No. 39 overall player on this big board. That is higher than the PFN big board has him. Still, I love this kid’s upside. You cannot teach 6-foot-8, 384 pounds with 35+ inch arms. I have always thought he would be a fallback option if the Giants aren’t able to address offensive tackle in Round 1. Here, that is exactly what he becomes.

Even if he is perfect technically, he is a planet to run around as a pass rusher, and a devastating run blocker when he latches on. Maybe Faalele needs a bit of time to adjust to the NFL game. That is what Matt Gono and Korey Cunningham are for.

This felt early for a backup running back. It was, though, a spot where a number of tight ends were value on the board. I went with the guy most considered TE1 in the draft class. When value and need meet these are the kinds of picks you like to make, and the need is definitely there for the Giants.

I know this pick is going to raise some eyebrows. Kenneth Walker of Michigan State, Isaiah Spiller of Texas A&M and James Cook or Georgia are all players ranked above Williams on the big board being used.

This pick, though, is about the resulting conversation. if the Giants are keeping Saquon Barkley, what kind of running back are they looking for as a complement. There has been some discussion that what they want is a third-down or passing down back who can handle receiving, blocking and running duties. That’s Williams.

Fiery team leader and combative runner who leaves it all out on the field. Williams has been a worker bee with a willingness to do the heavy lifting on all three downs and has premium third-down talent both in blitz pickup and as a route-runner out of the backfield. The Patriots’ usage of James White, Dion Lewis and Brandon Bolden might be the blueprint for how to utilize Williams in the NFL.

Maybe this is early for Williams. The board showed this as kind of a sweet spot with a number of running back options, and that’s what I went with.