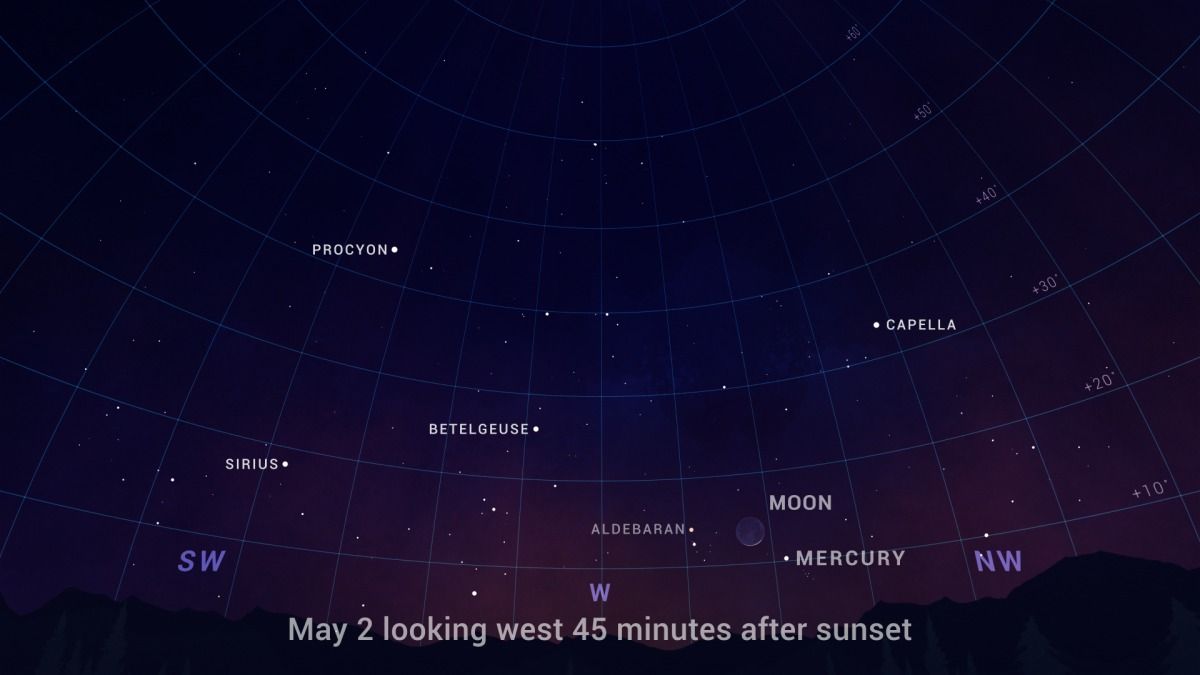 The moon will point the way to the usually elusive Mercury tonight (May 2).

You can catch the two celestial bodies to the west, about 45 minutes after sunset, according to NASA. Mercury will be a full 10 degrees from the horizon, representing one of the last chances to see an evening planet with the naked eye until August.

The conjunction will also feature some bright stars, NASA noted. The red giant Aldebaran will appear just south of the moon at about the same brightness as Mercury, and the red giant star Betelgeuse will be farther away to the upper left of the grouping.

Related: The brightest planets in the night sky: How to see them (and when)

See Mercury and the moon?

If you take a photograph of Saturn, Mercury and the moon let us know! You can send images and comments in to spacephotos@space.com.

While the evening sky is rapidly becoming bereft of planets, there’s an epic lineup arriving in the morning sky. Between late June and early July, five planets will be visible from Earth’s perspective: Mercury, Venus, Mars, Jupiter, and Saturn. The moon will also join the show a couple of times.

The last time five planets appeared simultaneously was in 2020 and, before that, in 2016 and 2005, Michelle Nichols, director of public observing at Chicago’s Adler Planetarium, told Live Science.

Groupings of worlds are relatively common (albeit with fewer at the same time) because the planets, moon and sun all share the same approximate pathway, called the ecliptic.