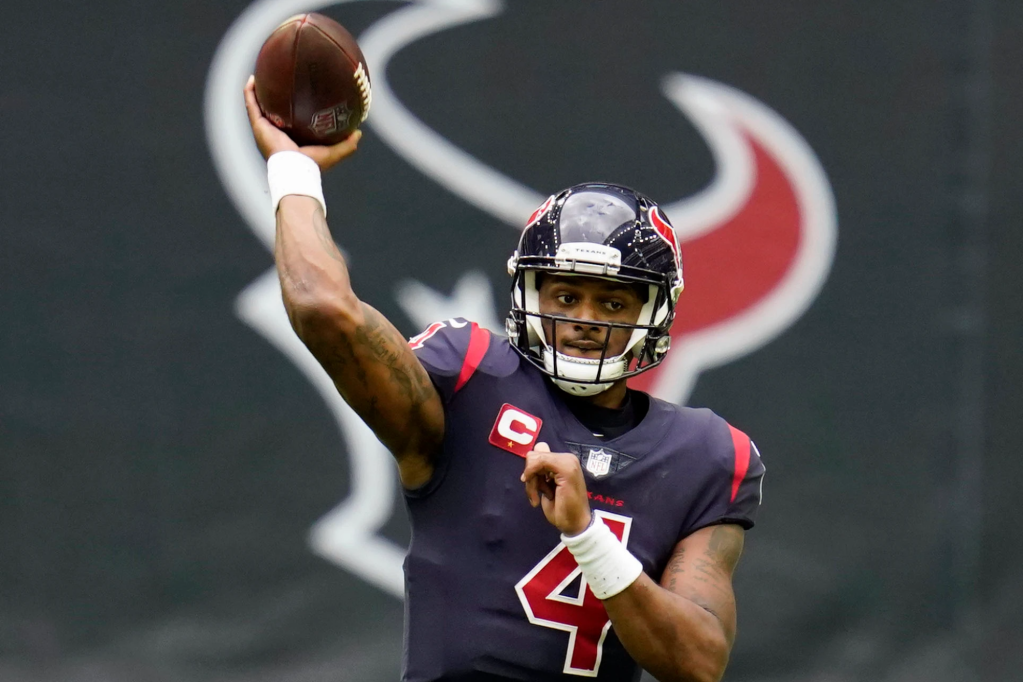 Can you in good conscience root for the Browns now?

Or imagine if you are simply an NFL fan. Most of us are. It is, after all, our national pastime.

Can you in good conscience root for Deshaun Watson?

How can you not, at the very least, be conflicted?

When Vince Lombardi repeated those immortal words — “winning isn’t everything, but it’s the only thing” — he couldn’t possibly have imagined an NFL in which morality takes a holiday and he-said is valued more than she-said … at all costs.

Because as always, if you can play, you do not have to pay.

Oh yes, Roger Goodell and company will surely move to save some face when he imposes a politically correct, six-game suspension — which will amount to pocket change lost for Watson — intended to show what amounts to the league’s zero-tolerance policy on the new face of the franchise in Cleveland as per the personal conduct policy.

Alas, there is no zero-tolerance policy for a 26-year-old zero who might be great enough to lead a franchise to its first Super Bowl championship.

Watson emerging from the shady, disturbing 22 civil and nine criminal and sexual assault and harassment charges from his assortment of aggravated massage therapists with the largest contract in NFL history? A five-year, fully-guaranteed $230 million reward?

As they would say on Nickelodeon: Slime Country.

Of course Watson is free to earn a living again following a year as a football leper. That isn’t the issue. The issue is his historic reward after a grand jury decided that the evidence was insufficient for a criminal trial. Which does not fall into the he’s-innocent-until-proven-guilty arena.

The desperation to win a Super Bowl had three other teams — the Falcons, Saints and Panthers — falling over themselves to land him. The Falcons were prepared to throw Matt Ryan, one of the classiest people in any sport, down the river. Why did the Browns move on from Baker Mayfield? They wanted an adult at quarterback. So they sell their souls for Deshaun Watson.

To rid themselves of Watson, the Texans secured three first-round picks, a third-round pick and a fourth-rounder and forked over a fifth-rounder.

Yet another reminder that if Darth Vadar could help a team win, the inevitable suitors won’t care much, if at all, about their character.

Kneeling for racial injustice guarantees you a lifetime blackballing in your prime while allegedly kneeling on the dignity of female victims gets you a fully guaranteed bonanza.

The Browns owners are Jimmy Haslam and his wife Dee. The Saints owner is Gayle Benson.

What price for glory?

The Women Sports Foundation honored and celebrated Buccaneers coach Bruce Arians as its 2020 Champion for Equality for his gender equality and commitment to diversity. Arians had already hired assistant strength and conditioning coach Maral Javadifar and assistant defensive line coach Lori Locust prior to the arrival of Jackie Davidson, who had previously worked for the Jets, as director of football research.

“If they’re the best people to help you win,” Arians said, “let’s hire them. … It’s the same thing I told my daughter a long time ago — anything is out there for you. Work hard, put your nose to the grindstone and don’t give up. Don’t ever give up; just keep fighting for it.”

The Giants hired Laura Young in February as their director of coaching operations, and Angela Baker — formerly part of the Bill Walsh Diversity Coaching Fellowship with the Browns — as a minority coaching fellow and offensive quality control coach. Giants GM Joe Schoen and coach Brian Daboll recently were featured speakers at the NFL’s sixth annual Women’s Career in Football Forum. They came over from a progressive Bills organization.

(In the 2021 NFL season, women made up 38.8 percent of the NFL league office, 25.3 percent of teams’ senior administration, 3.1 percent of team CEOs and presidents, and 1.5 percent of team assistant coaches, according to The Institute for Diversity and Ethics in Sport yearly report card.)

The NFL has enthusiastically wooed the female fan certainly ever since it fumbled the Ray Rice domestic violence disciplinary eyesore, but mostly looking the other way at Commanders owner Dan Snyder and his toxic culture history tarnishes the record.

“I grew up a Browns fan,” a friend of mine in the sports media texted me. “I was a Browns fan before Deshaun Watson and I’ll be a Browns fan after Deshaun Watson. In no way could anyone condone anything he allegedly did, and I can’t support the human. But if the National Football League is allowing him to play in games, I am not giving up my fandom of a team because they’re trying to upgrade at QB and he was a natural choice. It’s a major PR hit. Some fans will leave the team. But sports is a fantasy land where a guy can do what Watson did and still play. It’s not the first case and won’t be the last.”

Should Watson settle the outstanding cases against him, he should know that he will be wearing a Scarlet Letter for the rest of his career. But should he win a Super Bowl? Goodell will be handing him the Lombardi Trophy, and all shall be forgotten, if not forgiven, in Cleveland.